And it has nothing to do with penis size. Just ask Michael Douglas 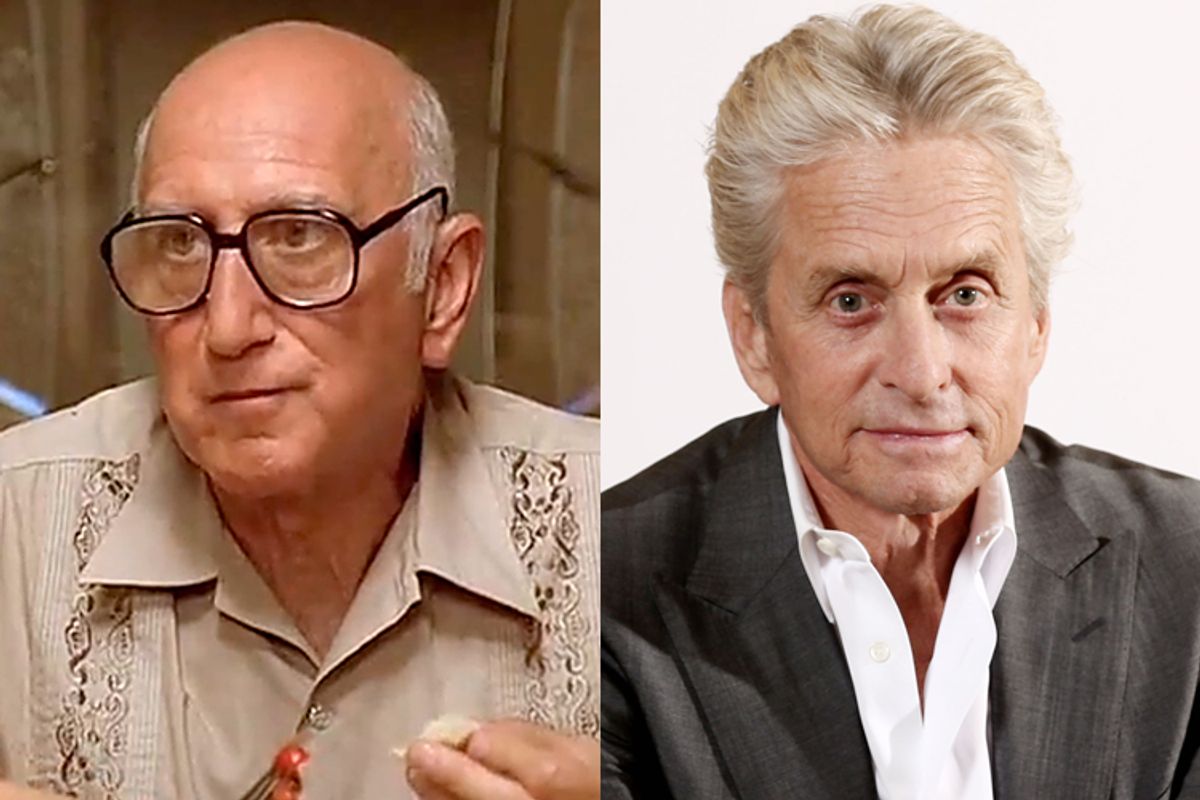 Nearly 15 years ago, an episode of "The Sopranos" showed just how emasculating some  men consider cunnilingus. Uncle Junior's lover Roberta tells him that he's "a real artist" when it comes to "kissing down there" -- but instead of puffing up his chest with pride and telling all his fellow mafiosi, he warns her not to dare spread the word. "They think if you suck pussy you'll suck anything," says Junior. "It's a sign of weakness and possibly a sign that you're a fanook." Tony finds out and humiliation ensues. Junior gets so enraged that he considers having his nephew murdered -- all over some oral.

Just contrast that scene with Michael Douglas' recent proud profession about going down.

Sure, the mafia may have a stricter definition of masculinity than the rest of society. It's also true that there are counter pop cultural examples from the late '90s; take Big Pun's rapping about his "thick tongue, known to make a chick come." But that "Sopranos" episode nonetheless expressed a widespread cultural attitude that has diminished tremendously in the last 15 years -- and how! But also, seriously, how?

Douglas isn't the first male star to go there: Lesser-known actors like Justin Long and Jamie Bell have in recent years hinted at loving the act (the latter even declared it a manly duty to be good at it). Movie heartthrobs have gotten in on the act -- from Justin Timberlake to Ryan Gosling (there's a GIF, you're welcome). TV -- or in the case of Netflix, "TV" -- has been, um, eating it up. Just in the past year, there was Kevin Spacey going down on Kate Mara in "House of Cards" and the character Jon Snow being heralded a "proper lover" on "Game of Thrones" for "the thing you did with your tongue." My favorite example is from "Scandal": The president of the United States calls cunnilingus his "superpower." (A man with an arsenal of nuclear weapons considers pleasuring a woman with his tongue to be his superpower? Word.)

"Certainly there does seem to be a cultural shift toward the act," says Kerner, whose legendary book has remained in Amazon's top 25 sex books since it was published in 2004. "Lately I've noticed a proliferation of [online] reviews from men who are willing to praise it," he says. "This has not always been the case."