Turn off the Internet 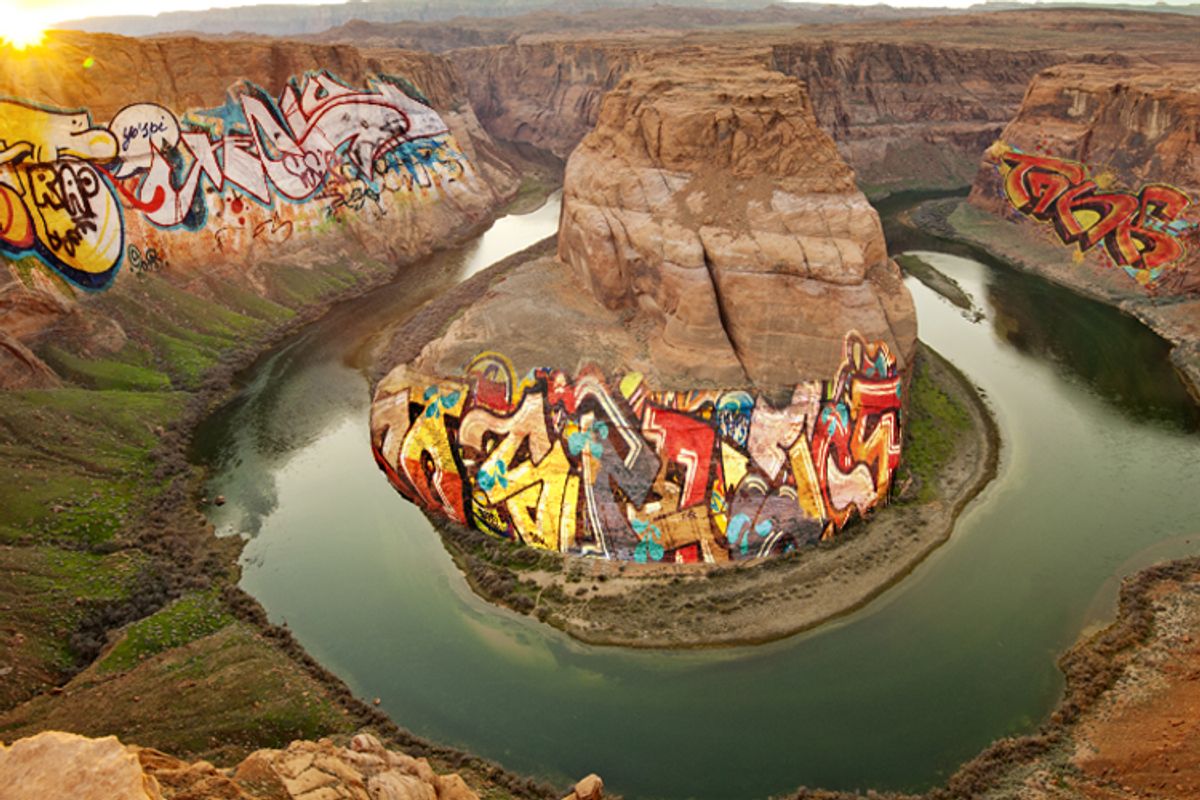 The common theme to all these stories is that the use of social media is enabling bad behavior on a broader, more destructive scale. So maybe it's time to turn the Internet off? I mean, enough is enough, right?

But a closer look also suggests that maybe social media shouldn't be such an easy scapegoat. In the case of the national park vandalism,  rise of social media is an odd villain. Because if vandals actually are posting the pictures of their devastation to Facebook or Twitter, aren't they making it a hell of a lot easier to track them down than if they just spray-painted an awesome rock and kept quiet about it?

As for the pranksters who thought it would be fun to choose "Batman" as the test-site for new condom delivery app, the article notes that Durex could have designed its marketing campaign with a bit more intelligence built in. For example, it could have limited the choices available for potential winning cities, rather than inviting the Internet to vote on whatever it liked.

I don't know exactly how to fix the problem of cheating Russian students -- maybe different tests for different time zones? But you know what? Vandals, pranksters and cheaters have always been with us. We're just going to have to adapt.