Chris Christie effectively appoints himself to the Senate 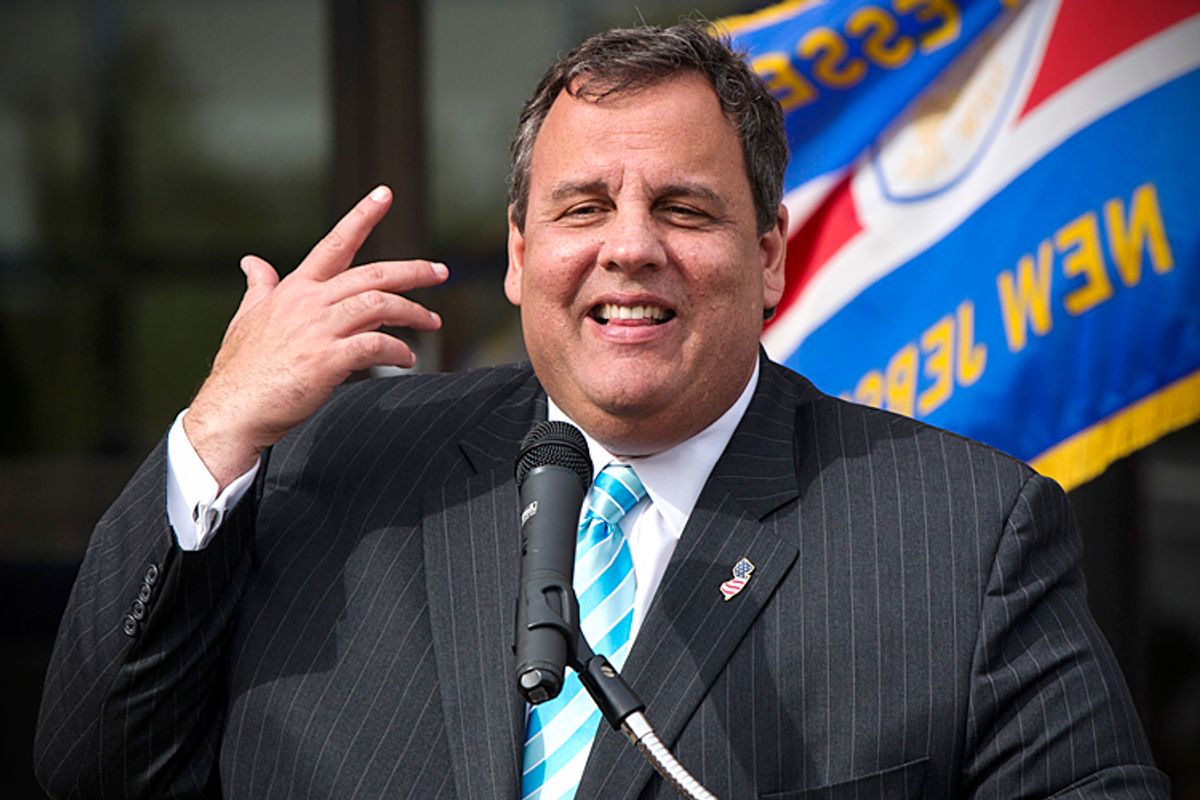 In appointing state Attorney General Jeffrey Chiesa to fill the seat vacated by deceased Sen. Frank Lautenberg, New Jersey Gov. Chris Christie has come as close to appointing himself -- without actually doing so -- as possible. Chiesa is a longtime loyalist and friend of the governor -- with little public profile or known ideological agenda --  following Christie from private practice, to the U.S. attorney's office, to the governor's mansion, making one wonder if his Senate office will effectively function as an extension of the governor's office in Washington.

The two first met in the late 1980s at the law firm of Dughi, Hewit & Palatucci (Bill Palatucci being a big GOP fundraiser and Christie booster), where Christie had started a few years earlier. When Christie was nominated to be U.S. attorney for New Jersey in 2001, a newspaper cartoon showed him sitting across a table from President Bush, who was holding a copy of the future-governor's résumé that showed no experience as a criminal prosecutor. Chiesa framed the drawing and gave it to his friend, saying, "You and I both know how wrong this is. We'll laugh about this cartoon."

Once confirmed, Christie immediatly hired Chiesa at the U.S. attorney's office, where the deputy made a name for himself prosecuting public officials. Eventually, he became the executive assistant to the U.S. attorney, making him one of Christie's closest aides.

When Christie won his 2009 gubernatorial campaign, he made Chiesa the executive director of his transition team. "These are people who know me best," Christie said when he announced the team. They're "people who know me well and are able to tell me the truth and aren't worried about the blowback."

Once in office, the governor made Chiesa his top legal adviser as chief counsel. When Christie decided to end the practice of letting state officials score free seats at public concert venues, it was Chiesa whom he dispatched to do the delicate deed. In letters to judges and lawmakers and state employees, Chiesa warned that accepting the perk violated the state's ethics code and told them to knock it off.

Unlike many other states, the governor appoints the attorney general in New Jersey, and in late 2011, Christie appointed his longtime friend Chiesa.

Chiesa owes his career for at least the past decade to Chris Christie, and especially his biggest promotion yet, to the U.S. Senate, so it's reasonable to assume he'll remain loyal to his friend once in Washington. As Christie gears up for an expected 2016 presidential bid, Chiesa could be a huge asset as the governor's man in Washington, voting, moving legislation and issuing public statements favorable to his old boss. Appointing himself would be unseemly, so Christie did the next best thing.