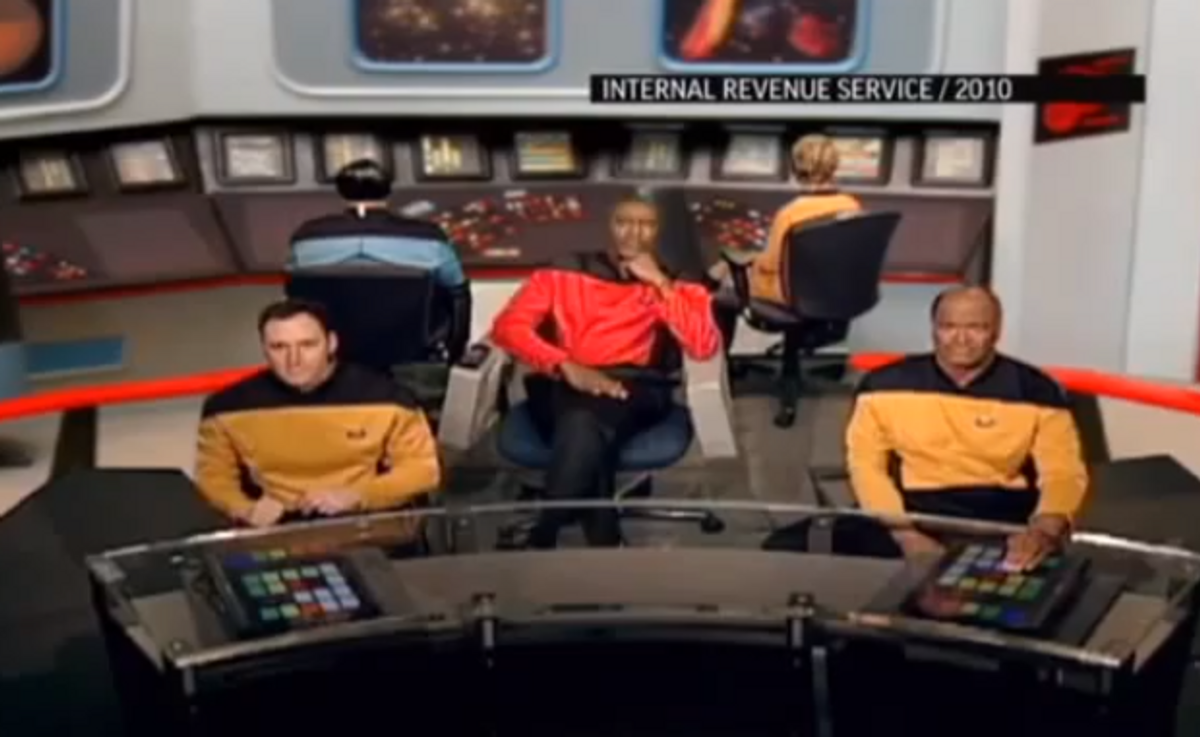 As the American people continue to lose faith in an increasingly and disturbingly Orwellian government, proceedings are underway for perhaps the only humorous scandal in the mix: the IRS's controversial conference spending, which produced a "Star Trek" parody tape, among other wonders.

House Committee on Oversight and Government Reform chairman Darrell Issa, R-Calif. asked IRS commissioner Faris Fink, better known to taxpayers as Spock, "What were you thinking?" regarding the creation of a nearly $50,000 "Star Trek" parody training video played at an IRS training conference in 2010. Fink said it was "an attempt, in a well-intentioned way, to use humor to open the conference.”

Fink was referring not just to the "Star Trek" parody, but also to another, perhaps even more absurd "Office" mockumentary-style video of employees learning the "Cupid Shuffle":

The questioning is part of an investigation into $49 million in IRS spending from 2010 to 2012, focused on an annual conference for 2,600 managers in the small business and self-employed division of the governmental agency.

The bizarre videos are just the tip of the iceberg, however. From the Washington Post, which is running a live blog on the hearings:

Inspector General J. Russell George revealed in an audit this week that the IRS paid top dollar for hotel rooms, tens of thousands of dollars for gifts for managers in attendance, and $135,000 for outside event planners to book hotel rooms and speakers, one of whom cost taxpayers $27,500 — plus $2,000 for a first-class plane ticket.

Issa said the IRS is “effectively guilty of tax evasion” when it gave managers lodging in presidential suites, free meals and gifts without disclosing them as income.