"Now we are all persons of interest"

NSA whistle-blower Thomas Drake tells Salon why the Verizon surveillance is the new normal, and may never be undone 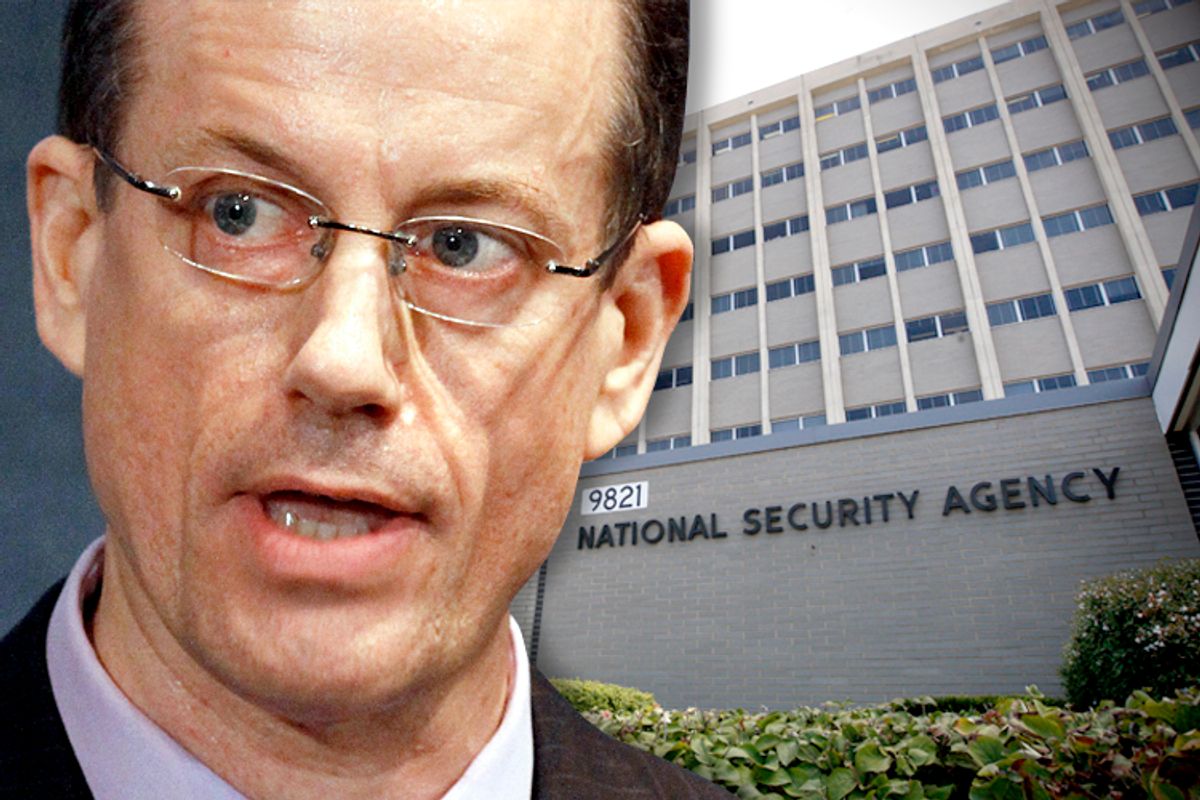 For Thomas Drake, the former National Security Agency employee who blew the whistle on the agency's expansive post-9/11 surveillance programs in 2006, the latest revelation of blanket surveillance is simply "déjà vu."

Drake, who was indicted under the Espionage Act and faced life in prison before federal charges against him were eventually dropped, told Salon Thursday that news that the NSA had a top secret order to retain millions of Americans' phone records daily came as "no surprise."

"Since 9/11, with the help of a series of enabling legislation, this sort of surveillance has become routine and institutionalized," he said. "That order is extraordinary in showing how routine this is," noted Drake -- referring to the top secret government order obtained by the Guardian, in which telecom giant Verizon is commanded "on a daily basis" to provide the NSA with "all call detail records or 'telephony metadata' created by Verizon for communications (i) between the United States and abroad, or (ii) wholly within the United States, including local telephone calls."

Drake pointed out, "That literally entails all phone records, or every subscriber, home phone lines, business lines, cell phones ... And that can include location tracking in metadata." As Drake, alongside his former attorney and friend at the Government Accountability Project Jesselyn Raddack, has long stressed, these sort of surveillance practices have only the weakest pretense of national security interests. They are blanket and without specific target. "Now we are all persons of interest," Drake told Salon.

Drake's Espionage Act charges were dropped, but only after years of intense government harassment, with the threat of 35 years in prison over his head; he has called the effects of his indictment "life-ruining." For the whistle-blower, who has seen and spoken out about the government's hoarder-like attitude to communications data, the shock is that the media is surprised by the latest NSA revelation. "We're seeing an actual order and people are surprised by it. But these surveillance practices have been going on since after 9/11," he said, noting that "the PATRIOT Act was the enabling mechanism that allowed the United States government in secret to acquire subscriber records from any company."

Indeed, I have cited this comment numerous times, but it bears repeating to illustrate how normalized blanket government surveillance of citizens has become: In a speech earlier this year in New York, the CIA’s chief technical officer, Gus Hunt, said, “The value of any piece of information is only known when you can connect it with something else that arrives at a future point in time … Since you can’t connect dots you don’t have, it drives us into a mode of, we fundamentally try to collect everything and hang on to it forever.” In his very public statement, Hunt pointed to what the NSA's Verizon order evidences; as Drake puts it, "This is a surveillance state."

Drake stressed that Verizon was certainly not the only company handing over vast swaths of communications data to the government daily. All telecom giants are likely in the same position, but of course are under gag order. The leak of the Verizon order, which had the highest-level secrecy classification, will likely lead to an investigation. "I hope the light of day will provide some protection [for whomever may have leaked the document]," said Drake.

And certainly, the NSA whistle-blower sees some hope (what he calls "a window") for pushback against the long-creeping surveillance mechanisms with the confluence of recent revelations rocking even the mainstream media in recent months. "It's a nexus," Drake said, referring to the Department of Justice AP spring scandal, followed swiftly by revelations about the surveillance of Fox News reporter James Rosen, and the beginning of Bradley Manning's court-martial. "For the first time I'm getting direct queries about these issues from the right side of the political spectrum, from all the mainstream media ... But we've been talking about this for a long time; where have they been all these years?" he said.

"I think there is a great irony that the Guardian -- a U.K. newspaper -- is holding a mirror up to U.S. policy, with a story written by Glenn Greenwald, who is based in Brazil."

But while Drake sees a slim silver lining in the growing attention paid to sprawling government surveillance, he stressed that reasserting Fourth Amendment protections in a meaningful way would be an uphill battle, requiring a government committee with the political will and resolve akin to the committee created by Sen. Frank Church in the 1970s.

It was, after all, Church who cautioned in 1975, "The [National Security Agency’s] capability at any time could be turned around on the American people, and no American would have any privacy left, such is the capability to monitor everything: telephone conversations, telegrams, it doesn’t matter. There would be no place to hide."

Church's dystopic projections are our reality. As Drake told Salon, total, blanket surveillance is "a cancer on the body politic" that will be very hard to remove indeed.