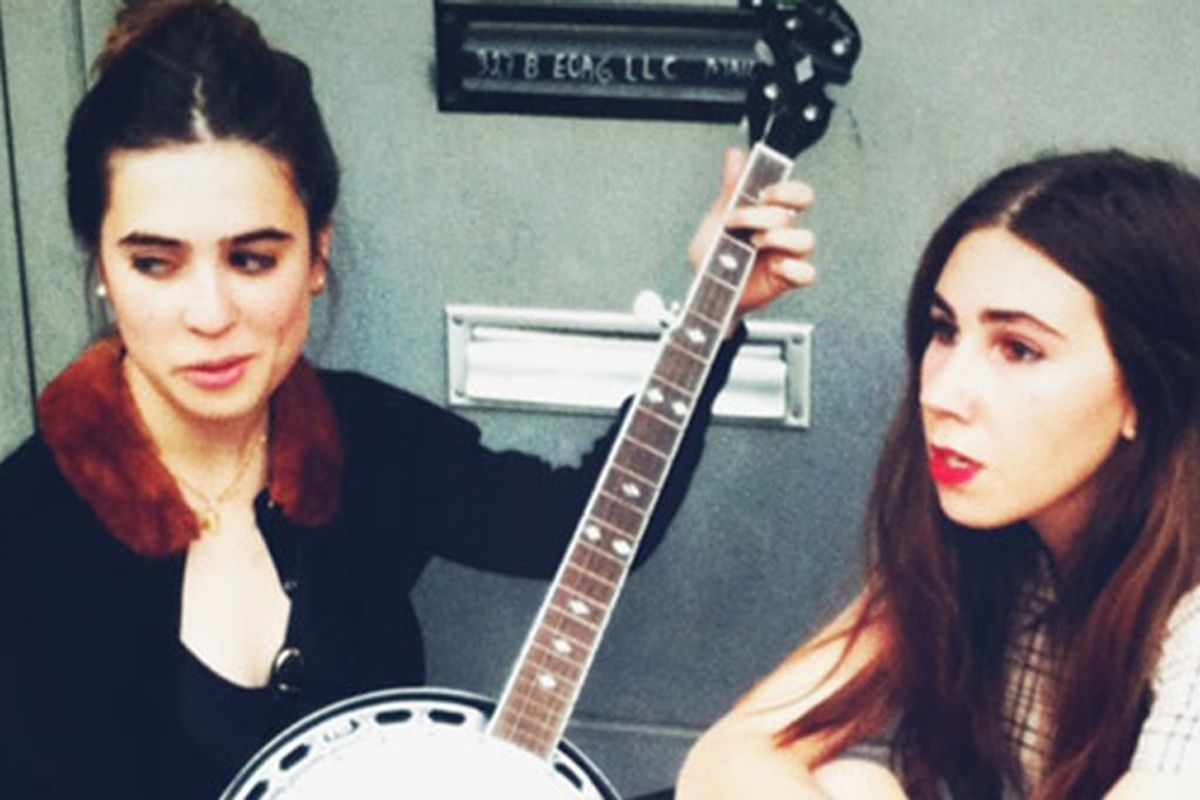 With three days to go and some $29,000 to make up, the Mamet sisters are learning that Kickstarter can be fickle.

After celebrities including Zach Braff and the cast of "Veronica Mars" were able to get money for new projects using the crowdfunding web site, the sisters -- Zosia Mamet is a star of "Girls" on HBO, Clara Mamet appears on "The Neighbors" on ABC, and both are daughters of the famed playwright and director David Mamet -- set up a page where fans could contribute money so that the pair could produce a folk video featuring "body percussion, banjo and harmonies." The pair, who record as The Cabin Sisters (here they are performing live), asked for $32,000 -- of which, only $2,672 has been pledged as of this writing, three days before the drive ends.

The Mamets aren't the only celebrities to have trouble raising interest in and money for a passion project. This year, Melissa Joan Hart tried to break out of her child-star image with a campaign for a new film, "Darci's Walk of Shame." Before her Kickstarter failed, she told Salon: "just because you’re in Hollywood doesn’t mean you’re a Spelling... It’s a job to get a job. It’s a major audition. But ‘Veronica Mars’ was really onto something.”

But the Mamets' project was smaller-scale than a film -- they wanted to produce a music video for a song that may already exist (among the inducements for donors, along with a plus-one invitation to a film premiere for anyone who gives $5,000, is a digital download of the pair's album). This music video sounds, though, fairly technically complicated, per the Mamets' pitch: "Visually the video will bounce from opulence to sparseness, French Baroque to a simple, timeless and heartbroken. We are hoping to capture something everyone has felt at some point in their lives."

Is there something unseemly about the daughters of a wildly successful Hollywood insider asking the public for donations? The Kickstarter elides these issues of class, pitching the project as a chance to bring together two sisters: "Being in the entertainment industry has its lesser known downsides, like being taken out of the town your family lives in or the demanding schedules that prevent attendance at family functions. We are, despite our wonderful jobs at GIRLS and NEIGHBORS, just sisters."

Repeated attempts to get in touch with the Mamets through their publicists and through emailing Clara Mamet were unsuccessful; perhaps the publicists were scared off by viciously negative press coverage. As for Clara, she responded to our query about our Kickstarter with "to what kick starter [are] you referring?"