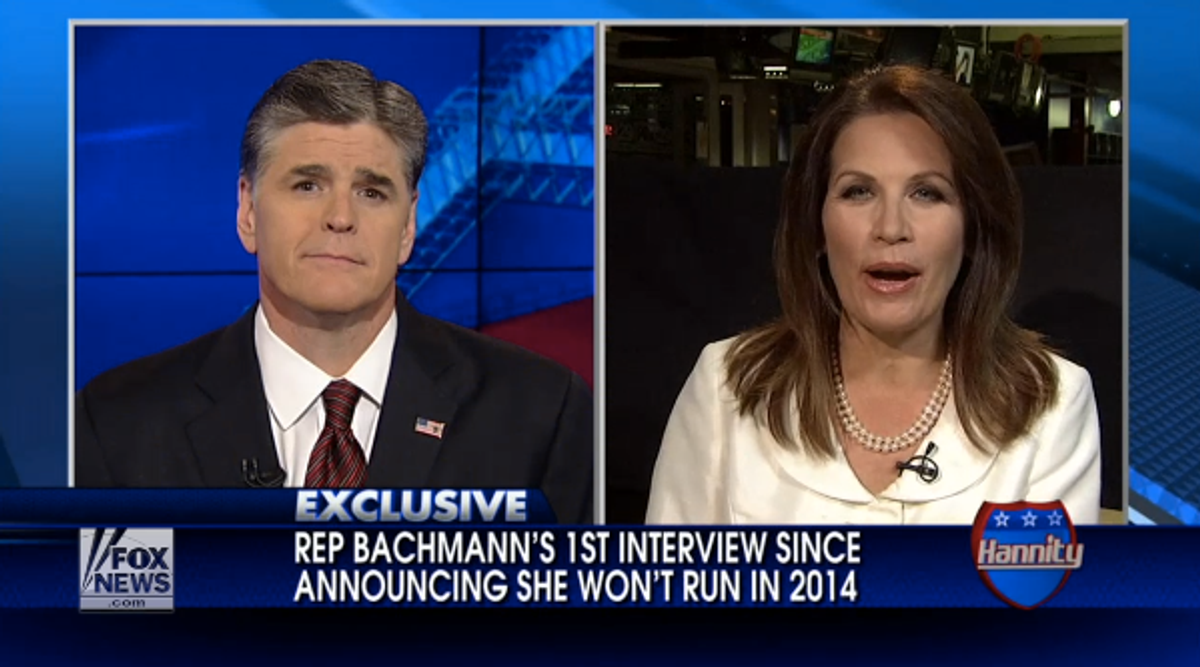 In her first televised interview since announcing that she's not going to run for reelection next year, Rep. Michele Bachmann told Fox News host Sean Hannity that we haven't seen the last of her yet.

“Sometimes you can be more effective on the outside than on the inside,” she said, echoing sentiments made by other Tea Party firebrands after being pushed out of office, like Allen West. “I’m not going away, I’m not leaving Washington, I’m not leaving the national scene.”

She suggested that her future plans may even include a bid for higher office, and Hannity asked her specifically about another White House run:

BACHMANN: I'm not taking anything off the table, but certainly that is not my number one item that I'm looking at right now either. I'm in the game for the long haul.

Unless things change drastically for the congresswoman in the next two years, performing even as well as she did in 2012 seems out of reach, given swirling ethics questions and the fact that some conservative leaders seem to have lost patience for the outspoken Bachmann.

Another possibility, of course, would be to follow in the footsteps of like-minded politicians like Sarah Palin and Allen West to Fox News .