Female officers say inmates did unspeakable acts of sex harassment, and brass ignored it. Now they're fighting back 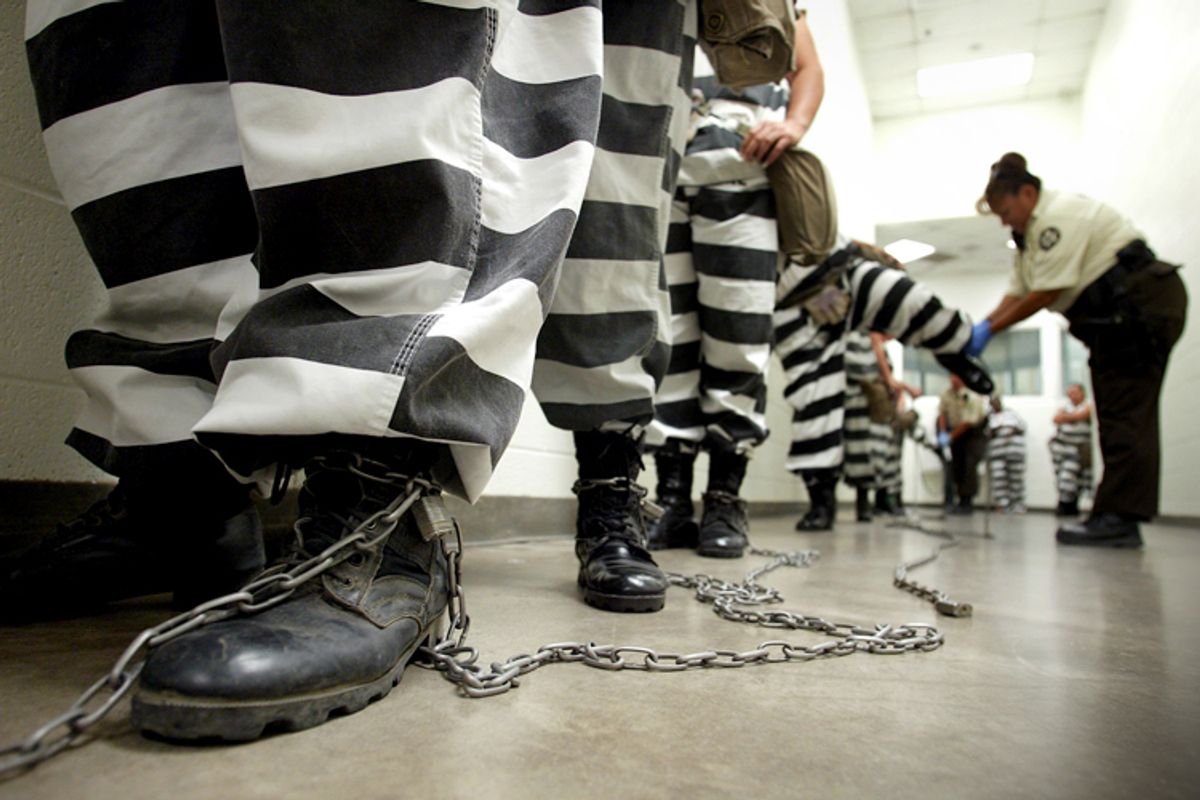 It’s not that Taronica White, 40, thought that working in a men’s federal prison would be easy. Before working at the Federal Correctional Complex in Coleman, Fla., she told Salon, “I worked at two other federal prisons. I've never seen anything like this.”

Neither had the inmates: “I have had inmates tell me that this is the only joint they have been in where they ‘let inmates jack off on women,’” another Coleman employee, Eva Ryals, wrote in a legal complaint against the facility.

A Bureau of Prisons spokeswoman did not respond to Salon's request for comment, and has previously cited the pending litigation in declining comment.

But according to the complaint, Ryals reported an inmate who told her, “When I catch you by yourself, I am going to put my big black dick on those big black breasts,” but the inmate wasn't transferred. "He was able to pass a message to another inmate who was also housed in the same prison," she wrote in her affidavit. "That inmate came to my Department when I was working a late night and told me that he was looking for me because of my 'testimony against his cousin.' I was in the Department by myself and was afraid for my safety." When she wrote to the captain about the incident, she never got a response.

Another employee, Wanda Rushing, complained to a supervisor about how the inmates looked at her and was told, "Well, look at you, I would look too if I was an inmate." Another told Lorry Andrews, "If I was an inmate I would do the same thing." White wrote in her complaint, "I have also heard male lieutenants say things on several occasions such as, 'What do women expect, this is a male institution,'" and telling a female employee she was too pretty to work there.

“They don't consider female safety to be one of their priorities,” said White. “In other places, if inmates are sanctioned to 30 days special housing, any form of legal sanctions, they are held accountable to that. Here at Coleman, if an inmate gets 30 days, they might do a week.” The suit also says that management could have installed semi-opaque or one-way windows as well as prosecuted repeat sex offenders within the prison.

Meanwhile, White and her fellow female correctional officers have taken to wearing smocks and big, baggy clothes to try to minimize the harassment. “I go to the male section and buy big shirts so there's no form of shape to the pants, so I don’t look feminine,” White said. “That's what we do here at Coleman to try to deter the situation.”

Class-action sexual harassment lawsuits are extremely unusual. It’s hard to get any kind of class-action lawsuit certified in the current employer-friendly business climate -- particularly in the wake of the Supreme Court’s decision that female Wal-Mart employees suing for sex discrimination didn’t qualify as a class -- and sexual harassment lawsuits in particular require showing both widespread behavior and widespread harm. But the situation at Coleman was so systemically egregious that an administrative judge ruled in April that the Coleman case could go forward as a class. Even more surprisingly, the Department of Justice, which operates the federal Bureau of Prisons, agreed to accept the class certification without appealing it.

"These officers are risking their lives when they come to work every day. They deserve to be treated with dignity," said Cyrus Mehri, whose firm is representing the Coleman women. "When the officials hear the complaints, they toss them in the garbage can and don't do anything about it. Yes, inmates are going to be behaving badly. The question is, what safety protocols and follow-up are going to be in place?"

Mehri pointed out that the broader picture of discrimination claims by employees is bleak. One study found that when employers won at trial in such cases, the appeals court judges reversed them only 8.72 percent of the time, whereas decisions in favor of employees were reversed 41.1 percent of the time, thanks to a conservative, business-friendly bent in the circuit courts. And those are the ones that even make it to trial: Although complaints to the Equal Employment Opportunity Commission actually went up in the period studied, 1999 to 2007, the number of cases filed is dramatically down, and many such cases are successfully dismissed early in the process.

"The doors are closing on people's ability to vindicate their civil rights," Mehri told Salon. "To some extent you had a judicial repeal of Title VII" -- the portion of the Civil Rights Act protecting employees from discrimination -- "that hasn't caught the public's attention." The Coleman case has so far proven an exception.

The Bureau of Prisons alleged that the women did not meet the requirements of a class, but an administrative judge disagreed. The Department of Justice's complaint adjudication officer wrote, "This is an extremely close call," but concluded, "The record did provide adequate evidence of common questions of law and fact among class members." He added, "It is management’s awareness of the harassment, coupled with management practice or policy after receiving them which might violate Title VII by permitting the inmate conduct to continue without penalty, or to fail to address or consider means to protect female guards from this sex-based harassment."

For now, White is still working at Coleman. Filing the lawsuit, she said, hasn't changed much about her life yet. "Everything still goes on. The banging on the windows, that's daily. That has not changed."