Hollywood sexism is somehow getting worse 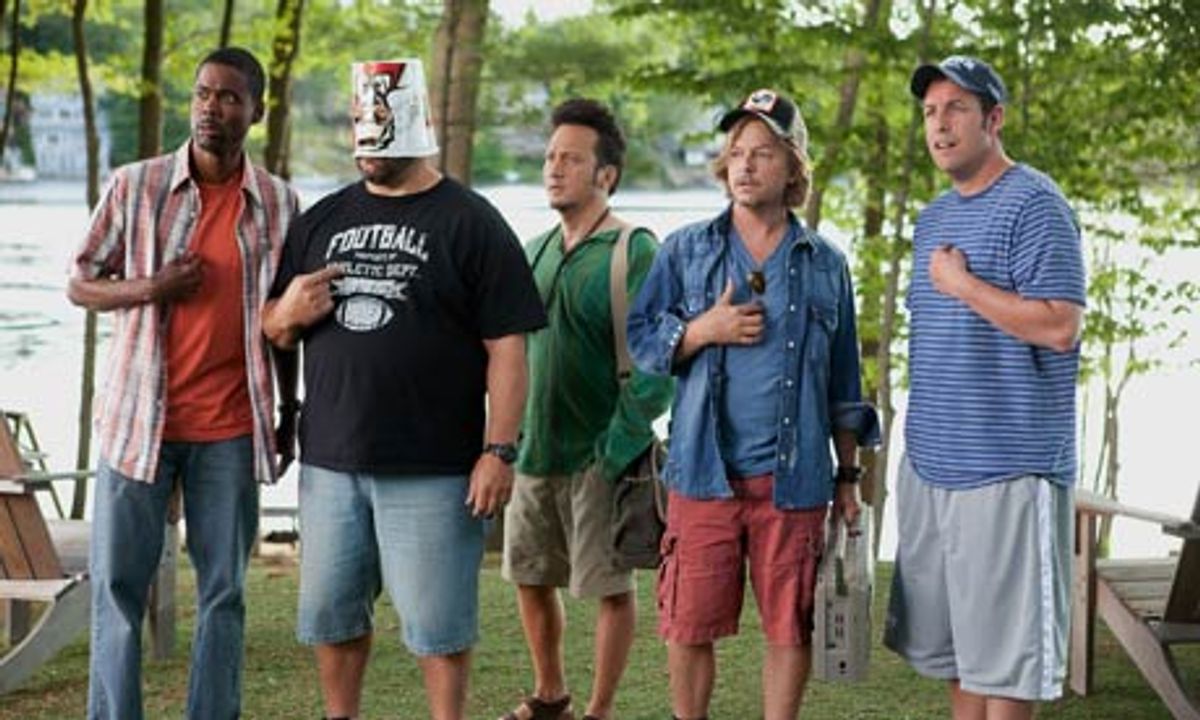 Every time I look at the film listings lately my heart sinks. It's hard out here for a woman. If you're packing a pair of ovaries, might as well pack it in mama. There's very little here for you.

Let's take a look at the films currently playing at the Scotiabank Theatre -- Fast and Furious 6, Star Trek, Iron Man 3D and Oblivion. All of these films star men, were made by men, and are principally about men. Not only that, but when they're released in the theatre, they're critiqued mainly by even more men (91 per cent of critics writing for major entertainment magazines and/or websites are of the male persuasion). These critiques are then published in magazines and aired on TV and media outlets that are also owned by almost entirely by men (women make up more than 50 per cent of the population but they hold less than seven percent of all TV and radio station licenses in the U.S.).

This is no big surprise, but things have actually gotten exponentially worse lately. The previous year was not a good one for women. In fact, 2012 was the lowest year for women in front of the camera. Behind the scenes, things were even worse. Melissa Silverstein's recent article in Indiewire lays it out in fine print. Read and get righteously pissed off.

Writes the fine Ms. Silverstein: "In a brand new five-year study from Dr. Stacy L. Smith, Marc Choueiti, Elizabeth Scofield, & Dr. Katherine Pieper at the USC Annenberg Center, they found that 'females are grossly underrepresented on screen in 2012 films. Out of 4,475 speaking characters onscreen, only 28.4 per cent are female.' And it also should be no surprise that when a female is present, she is usually younger than the male character. Overall, for every single female character we see onscreen, we see 2.5 male characters. The study goes on to say that women make up only 16.7 per cent of the 1,228 directors, writers and producers across the 100 top-grossing films of 2012. Women accounted for 4.1 per cent of directors, 12.2 per cent of writers and 20 per cent of producers. The grim news is that for every woman working behind the scenes in 2012, five dudes were employed."

That is not the only grim bit of news, but for anyone who was paying attention to the Star Trek under-panties debacle, every time a woman does show up on screen, she is there for tits and titillation, a hypersexualized cartoon designed to promote priapism.

Silverstein's article goes on to state: "Females from 13-20 are more likely to be hypersexualized i.e. [exposing at least some skin in the breast, midriff, or high upper thigh area] than older women in all demographic groups. Teenage girls wearing sexy clothes increased 22 per cent between 2009 and 2012."

Sometimes I find myself trolling through Netflix, watching the worst films I can find. I'm not sure exactly what is driving this behaviour. There is something pushing me on, some sort of conspiracy theory impulse, a need to look for the kernel at the dark heart of all this apparent crap and ask: "What the hell is going on exactly?"

Because the only thing worse than all the men onscreen lately are the women.

Watching some Adam Sandler monstrosity the other day, I found myself whispering in awe, "This is so bad." It's not simply that there are so many awful, terrible pieces of junk -- mainstream film has always made heaps of crap, that's no big surprise to anyone -- but it feels like there is something far more insidious at work.

Let's take the film Grownups for example. The plot, if you will, consists of a group of childhood friends returning to the site of their youth to recapture something of that gilded past. The original film starred Adam Sandler, Chris Rock, Kevin James, David Spade and Rob Schneider. The sequel, soon to be released this July, reunites the same cast. I expect men in such films to act like tools, but it is the women that gave me pause. These are actresses (Maya Rudolph, Salma Hayek and Maria Bello) who are not without talent or ability. But each of these women are reduced to little more than a frown line, followed by an indulgent chuckle and a sigh: "Boys will be boys." I don't even know what to make of this, except that the women will apparently accept the thinnest gruel on the ground. It's work, after all. But lord almighty… this shit is humiliating.

If you were a young and impressionable lass, you might well believe that women were largely simpering nits, who summon up just enough pluck to nab a bozo to marry and then lapse back into wallpaper mode, pretty, vapid, not overly distracting. I exaggerate a little, maybe, not terribly much.

When exactly did films turn female characters into someone you would never even want to know? Certainly, there are some exceptions, but they don't disprove the rule. For every woman in a starring role, whether she is a sex-slayer-bitch-goddess or marriage-obsessed-wiener with only china patterns and bouquet arrangements on her twee little mind, there are apparently five men. This is not to say that men also aren't subjected to lockstep patterns of rigid penises, but as least they get to have more fun along the way, blowing shit up, shooting things, racing around in souped-up muscle pants and starships.

I like the men-folk well enough. They're lots of fun and the more useful ones can unblock your sink and help set up your DVD player. But too much of anything is never a good thing. This is especially true when it comes to men onscreen.

I am beyond tired of superheroes, bored to petulance by all the grunting and groaning, exploding spaceships, whirling bits of machinery, explosions and ladies in their under-panties. It's all too much. Star Trek writer Damon Lindelof has already been forced to apologize for a gratuitous shot of Alice Eve in her bra and panties in the latest version of the Star Trek enterprise. I say, let the woman have her moment; there is precious little else for her to do, except get her kit off. The rest of the women (all one of them) on the crew huff and pout about relationships, since you know that is mainly what interests women. In the face of imminent threat and danger, what is there to do but harangue your man into talking about his feelings?

This is not just a phenomenon that happens in the lowbrow world of buddy comedies and rom-coms. In the art-house realms, similar things are afoot. Exactly one woman has won the director's award at the Cannes Film Festival. A few years back, when Terrence Malick's Tree of Life captured the big old prize at the Cannes Film Festival, Cinema Scope Magazine convened a round table of 10 different critics and film experts to talk about the film. There was not a single woman included. I read the piece and thought that if there had been 10 women without any men in attendance, you would have had a very different interpretation of the film.

This is not make any kind of case for gender essentialism, but simply to state that women are often interested in different things in film, see different things, simply because they often experience life quite differently from men.

The deck is stacked and I don't mean it has giant boobs. In a recent interview with Dorothy Pomerantz of Forbes Magazine, Amy Pascal, the head of Sony Studios, told tales out of school.

Says Pascal of the difficulties faced by women making mainstream movies: "For a woman to direct a movie in Hollywood, she has to go through so many layers of rejection by the powers that be -- I suppose including myself -- that it is harder to get to that point. So you can't just create something. And I think there is a whole unconscious mountain... I think that the whole system is geared for them to fail and we're going to have to change a lot of what we do in order for that to happen... The most important thing in the job that we do here is to make movies about women where they are characters that have consequences in the story. They can be villains, they can be protagonists, I don't care, but their movements, their actions, what they do in the plot has to actually matter. And that's the most important thing, because young girls coming up are going to see that they matter, that you're not an appendage to someone else, that you're not married to the person, not their sister or friend or girlfriend. You actually are the plot."

I haven't seen a female character I could relate to since Bridesmaids, and that came out more than two years ago. Where are the dames that shit in the sink? Where are the Valkyries of old, women who put the world to rights by riding into the flames, astride giant horses, screaming their heads off? Where are your fierce smart women, the trash-talking, joke-making, baby-raising, breadwinning, hard-drinking, deep-thinking women? The women you actually know and admire in the real world?

I dunno, but she ain't in the pictures anymore.