After Cyndi Lauper's Tony, who's next to EGOT?

Winning all four showbiz awards is a coveted goal. Tom Hanks might get there. Al Pacino probably won't 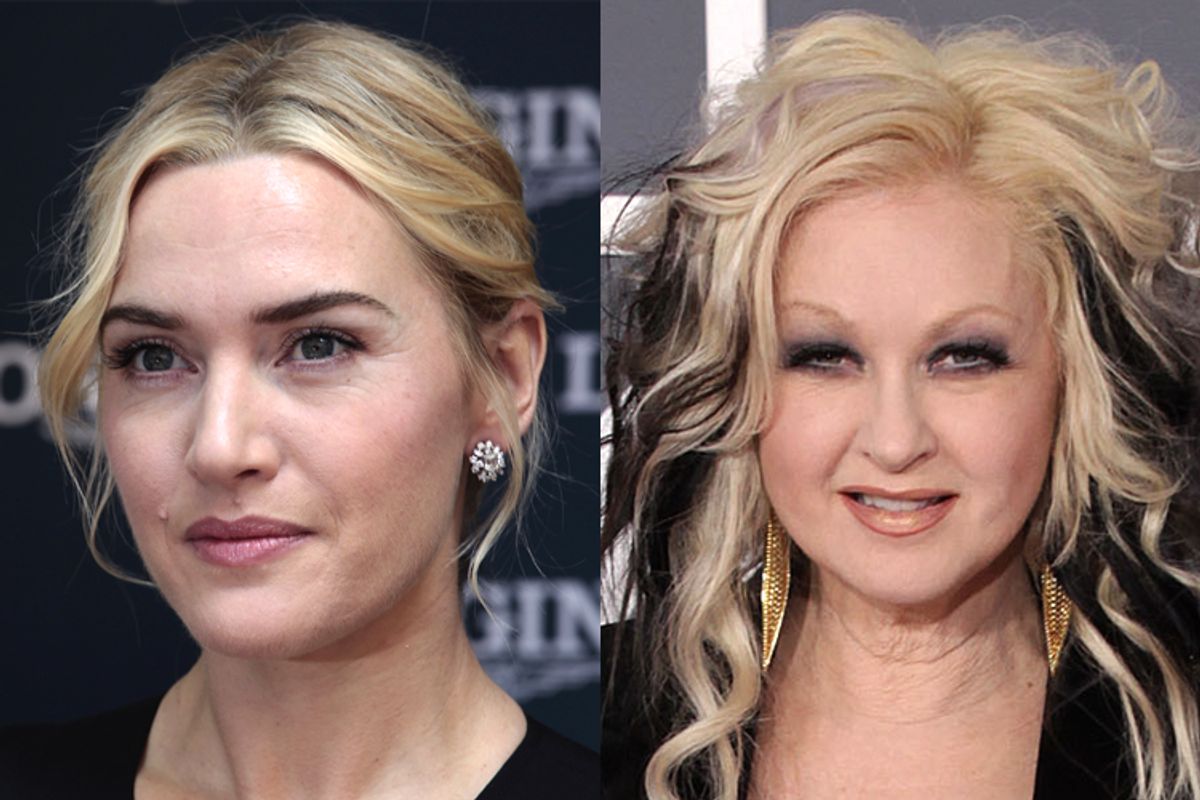 After last night's Tony Awards ceremony, the biggest winners may be all those who pay close attention to the race for the “EGOT.” The career-long race toward the rare distinction -- wins at the Emmys, Grammys, Oscars and Tonys -- got a bit shorter for one entertainer. Cyndi Lauper, who already had two Grammys and an Emmy, picked up the best score award for "Kinky Boots."

Only 11 artists, including Audrey Hepburn, Rita Moreno, Mel Brooks and Whoopi Goldberg, have picked up all four prizes; as the character Tracy Morgan noted on “30 Rock” when he was on the hunt, it’s more common for composers to win all four major awards. (The prize got a little further away for Emmy- and Oscar-winner Tom Hanks last night, as he lost the Tony for best actor in a play -- these things aren't easy!) Even so, Lauper could, just maybe, pull off the EGOT -- as might other entertainers who are just one prize away from becoming four-award legends. Here are a few entertainers who could find themselves with the complete awards shelf in a few years -- ranked from most to least likely.

Has: Emmy (for “Mildred Pierce”), Oscar (for “The Reader”), Grammy (for the spoken word album “Listen to the Storyteller”)

Odds: Very good. Very shortly after winning an Oscar she’d campaigned for more aggressively than anyone in recent memory (“Do I want it? You bet your f***ing a** I do!” she told Vanity Fair), Winslet announced her next role would be in a TV miniseries playing the iconic pie-maker Mildred Pierce. She wants all the awards there are. If Winslet decides to do a Sondheim musical -- and if she’s willing to campaign a bit more subtly for the sophisticates at Sardi’s -- she could just pull it off. (Asset: She has a lovely singing voice!)

Odds: It’s kind of an accident of history it hasn’t happened already! Parker and Stone were nominated for an Oscar for best original song for the “South Park” film adaptation, but the two were perhaps too green to scoop the award. (They showed up in drag and were beaten by sedate old Phil Collins.) If the “Mormon” film adaptation ever happens, they’ve built up enough cultural cachet to pick up something from the academy.

Odds: If Redgrave can make the time to record a high-profile audiobook, she might just beat out the competition. A bonus: She’s really unlikely to win the sort of Grammy that’s broadcast during the ceremony, so no one would see an incendiary political statement.

Has: Emmy (for “Sex and the City” and “Law & Order: Special Victims Unit”), Grammy (for the spoken-word version of “An Inconvenient Truth”), Tony (for “Rabbit Hole”)

Odds: If Nixon can go “gritty” and snap up a prestige-y supporting actress role -- a Melissa Leo sort of thing, perhaps -- she may, finally, have the last laugh. Enjoy your Golden Globe, Kim Cattrall!

Has: Emmy (two of them), Grammy (six, for comedy albums), Oscar (for “Good Will Hunting”)

Odds: Sure, Williams was on Broadway recently (with “Bengal Tiger at the Baghdad Zoo”) and didn’t even get a Tony nomination. But the perfect EGOT winner is someone who desperately needs audience approval. Williams is likely plotting as we speak.

Odds: OK, so Lauper would almost certainly be the first person to win an Oscar after getting fired by Donald Trump on “The Celebrity Apprentice.” But have you looked at how weak the best original song field has been lately? Adele doesn’t write a Bond theme every year. Get writing, Cyndi.

Will Probably Not EGOT

Has: Emmy (for “Angels in America” and “You Don’t Know Jack”), Oscar (for “Scent of a Woman”), Tony (for “Does a Tiger Wear a Necktie?” and “The Basic Training of Pavlo Hummel”)

Odds: It’s just really hard to imagine Pacino modulating his voice for the length of a spoken-word album -- harder still to imagine him singing!

Odds: The TV concert special has sort of fallen from favor as an art form -- such that the Emmys have retired the category where Barry Manilow and Bette Midler won in the past. Without that, Sir John’s chances at an Emmy seem limited -- as anyone who saw his hosting turn on “Saturday Night Live” can attest.

Has: Emmy (five times over), Grammy (eight of them), Oscar (only two)

Odds: It’s arguable that Streisand already has the EGOT, as she has an honorary Tony. But she’s never won one competitively, and this is all about the thrill of the chase. And it’s hard to imagine Streisand taking a break from polishing her Grammys in her famously lavish California mansion to do eight shows a week. But who really needs that many awards, anyway?