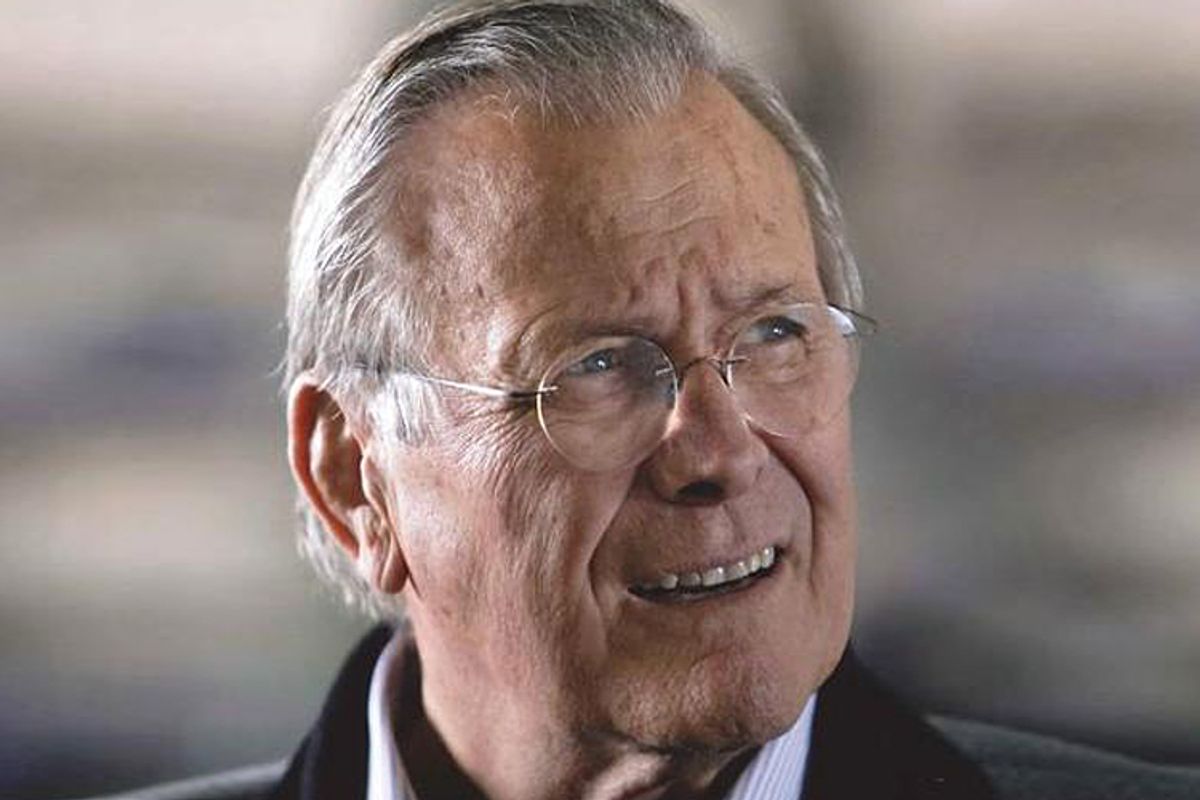 WASHINGTON -- The Supreme Court has rejected an appeal from two American whistleblowers who claim U.S. forces tortured them in Iraq and who want to sue former Defense Secretary Donald Rumsfeld.

The justices' action Monday leaves in place a federal appeals court ruling that found Rumsfeld cannot be held liable for actions taken by subordinates that may have crossed legal bounds.

The two men are Donald Vance and Nathan Ertel, who say they were detained and tortured after they accused an Iraqi-owned company for which they worked of illegally running guns. They argued Rumsfeld personally approved interrogation methods for use by the U.S. military in Iraq, making him responsible for what happened to them during several weeks they were held in military camps.