Tig Notaro: Nothing matters, and that's a good thing

The comedian gets zen in an interview about life, loss and embracing the void -- in a good way 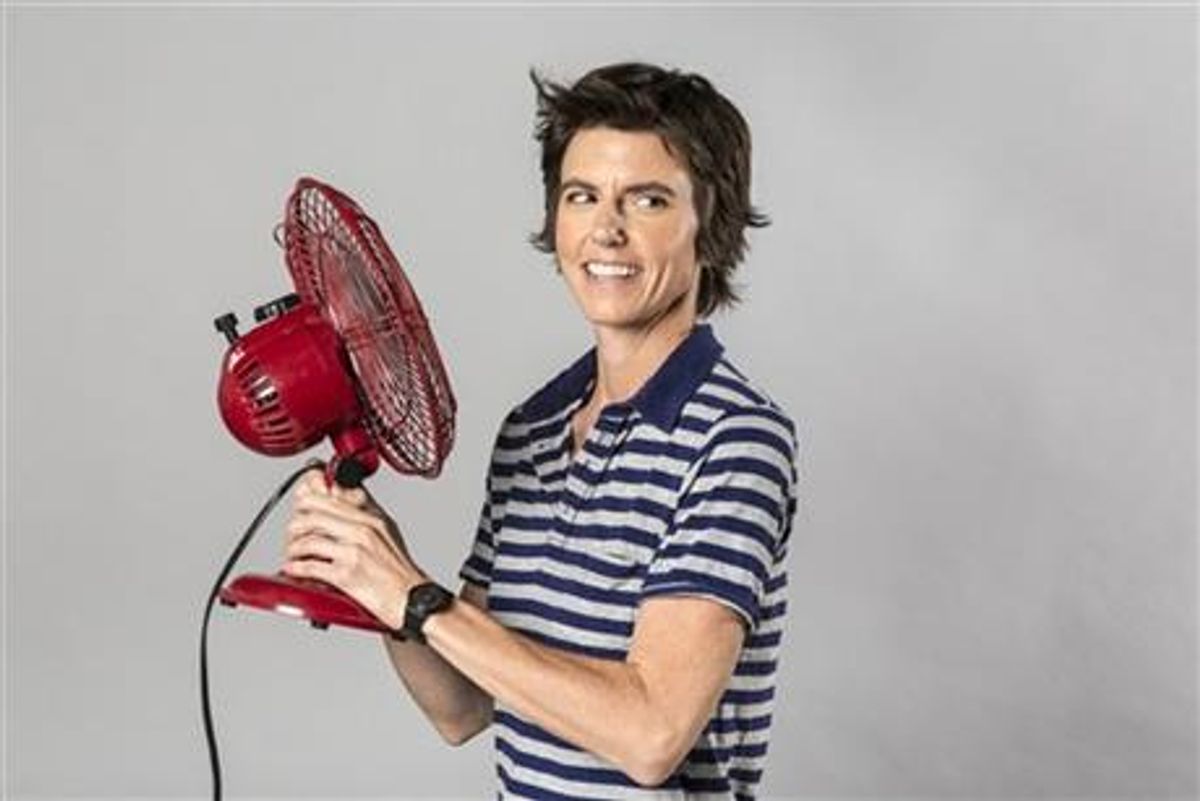 (AP Photo/Kate Lacey for The Daily)
--

The world loves Tig Notaro. And why shouldn't we? The comedian blew up in 2012 after a brutally honest and genuinely hilarious set about receiving a stage II breast cancer diagnosis -- following the sudden death of her mother -- caught the attention of Louis C.K. and Conan O'Brien. Since then, a whole lot of well-deserved success has come her way, and Notaro has become equally renowned for her comedy chops as she is for her sage perspective on life.

As it turns out, experiencing immense tragedy and coming out the other side can teach you a few things, as Notaro told xoJane in an interview on Monday.

On living in the moment

And as far as in the moment, it is so challenging, no matter where you are, before or after something so drastic. But what I’ve talked about a lot with people through this is how repeatedly in such a small period of time I had to surrender -- and it just kind of applies across the board, having to surrender to what is happening.

You can’t help but go into some degree of denial, or tell yourself a story to get yourself through. But from losing my mother to cancer, to any sort of thing that was going on, it's about being in that moment and trying to realize what is happening, what is really happening.

On why nothing matters (and why that's actually OK)

I was just talking on my podcast about freedom and Sept. 11, when the towers were hit and the paper from the offices were slowly falling and I guess even ended up in New Jersey, they were everywhere, and I think about those papers. That someone had a boss riding their ass about that and it was so important and it needed to be filed and wait it’s not in the right file! And it’s just the papers floating away and everything’s going to be fine ...

I hate to keep going back to Sept. 11th but it’s one of those drastic things. I remember hearing the terrorists told the passengers to call their loved ones, because they were going to die. And you know, I experienced that, I felt that way, when I got the call that my mother fell and hit her head. That I couldn’t say goodbye to her, and you know, you’re making your phone calls and the plane is headed for the building -- that’s all the time you have left with that person, as you’re going toward the building and that’s the moment when you realize nothing matters in a positive way. There’s something very depressing but also freeing about nothing mattering.

This is the time you have left. That’s it. You make your call. And in that call you’re not going to say, "Remember how you pissed me off?'" That’s not what you’re going to say.

>On not being scared of death

I don’t want to die more than ever. I didn’t want to die. But I kind of resigned myself, not just cancer but also with the bacterial infection C. Diff ... I do not want to die like crazy. Like when I had C. Diff, everyone knows what cancer is, they understand it, but when I had C. Diff, it’s still very painful, deadly, and scary, and I was home from my mother's funeral just wasting away and I really was resigned that I was going to die in Texas. I wasn’t really reaching out to friends because no one could really understand what I had.

My girlfriend understood because she had been with me, and she was seeing the whole thing, but I just did the checklist: I’ve been in love, I’ve traveled the world, my career has succeeded. I was just counting off everything and just like, "OK take me." But I didn’t want to die. I had an amazing life and luckily I don’t have to worry about that for now.