Laura Ingraham: Over-the-counter Plan B is "a good deal for pedophiles" 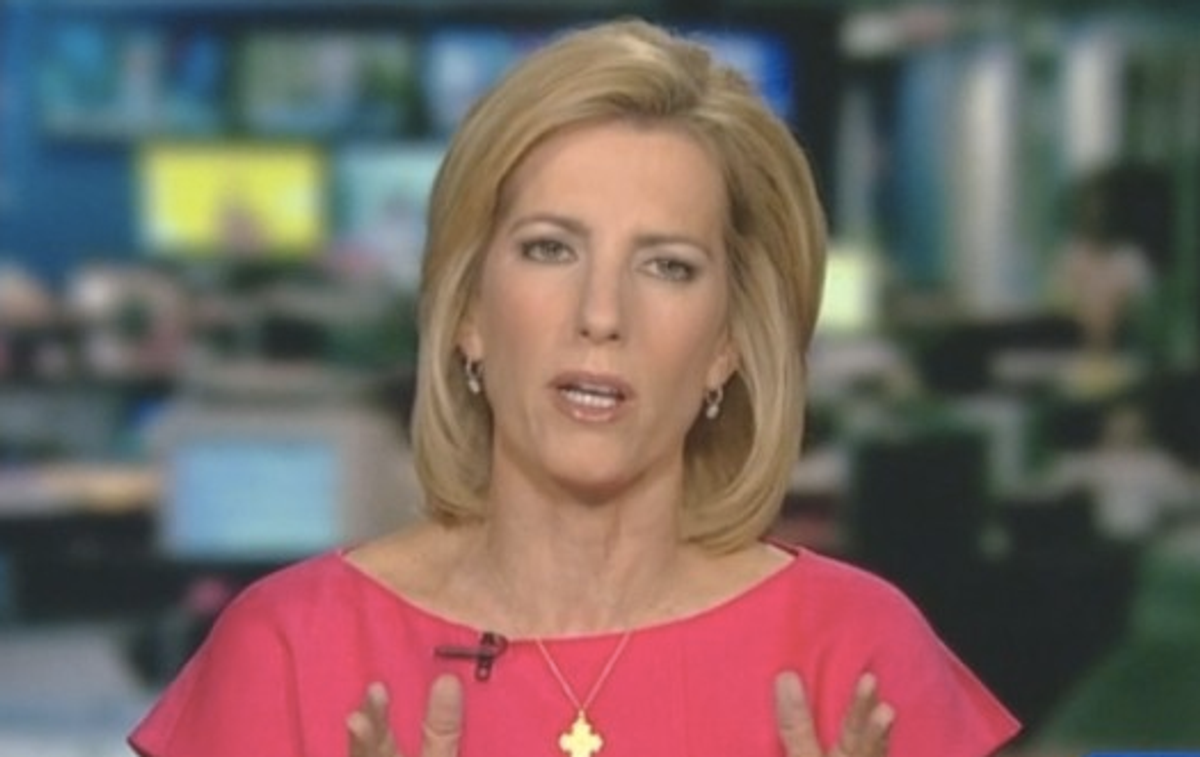 In an appearance on Fox News Tuesday morning, conservative pundit Laura Ingraham called the Obama administration's decision to comply with a federal court ruling to make Plan B available over the counter to women and girls of any age "a good deal for pedophiles" and "men who want to abuse women."

"These girls can’t get their ears pierced, they can’t take an Advil at school without parental permission. Yet, they can go into a pharmacy in this Brave New World of women’s equality and -- quote -- reproductive health and get a morning after pill," she added.

Despite what Ingraham would like you to believe based on her inventive use of air quotes, emergency contraception has been proven safe and effective for women and girls -- which is why Judge Edward Korman ordered the administration to make it available without restrictions in the first place, as he noted in his April ruling:

The [Health and Human Services] Secretary [Kathleen Sebelius] finally observed that, if the [supplemental new drug application] were granted, Plan B One-Step would be available “without a prescription or other point-of-sale restrictions, even to the youngest girls of reproductive age,” including the ten percent of girls who “reach menarche by 11.1 years of age.” Nevertheless, the Secretary does not define any harm that could result from the use of levonorgestrel-based emergency contraceptives by this population.

Again, levonorgestrel-based contraceptives [like Plan B] would be probably among the safest drugs approved for over-the-counter sale for the pediatric population ... Age-based labeling restrictions have “been [the FDA’s] long-standing way of instructing consumers whether they should or should not use a product in a young age group, and [the Plan B marketing regime is] a substantial deviation from that practice.

Ingraham's contention that making safe emergency contraception available to women and girls who need it somehow benefits men who want to hurt women -- while not an uncommon line of argument to the Fox News set -- is bizarre and, of course, bogus; contraception does not incentivize sexual assault (I feel ridiculous even having to write that out), as Salon has previously noted.