Never tell anyone what I just did 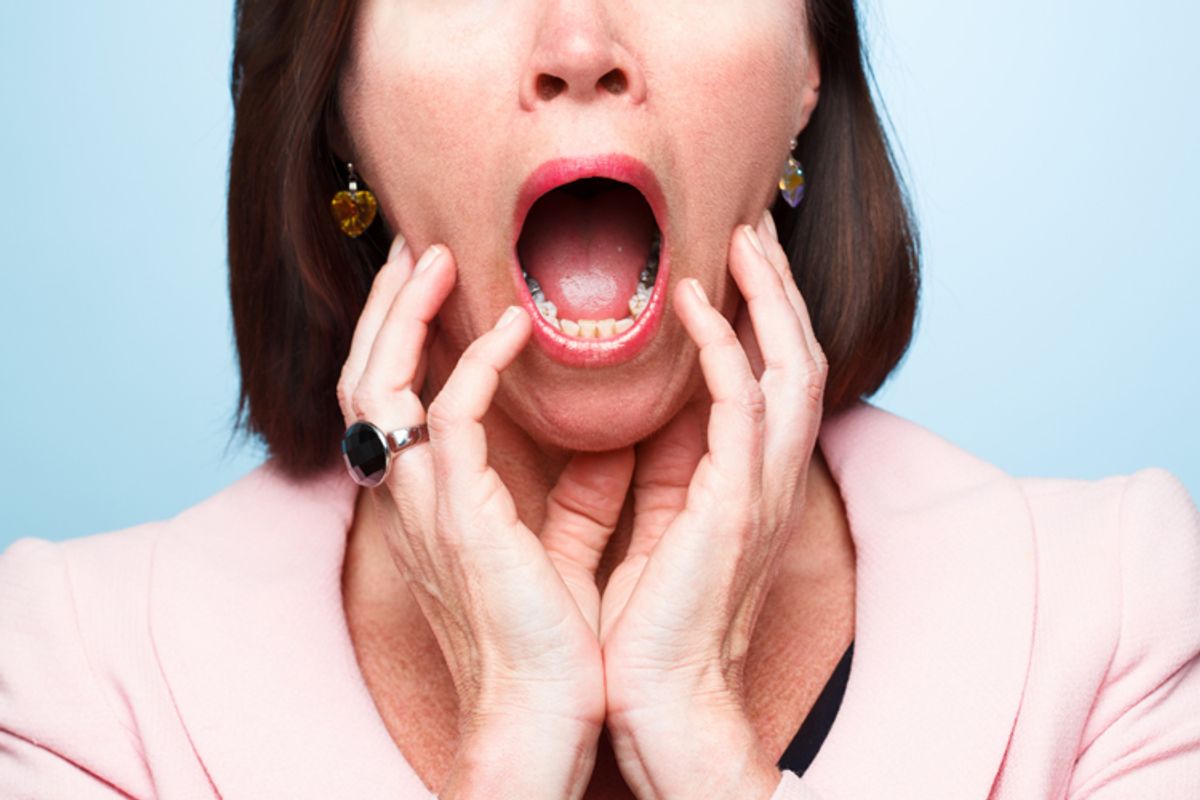 My ex-boyfriend and I were meeting in New York for a weekend fling. It was the first time we’d seen each other since he left Seattle — where I lived and where we dated — and went to study in Syracuse. At 28, my idea of travel still involved crashing on a friend’s couch, but this trip had to be different. I wanted to impress him, show him I was successful and my life was great without him. I booked reservations at restaurants that actually required reservations and a hotel that had an actual dining room instead of vending machines. The room overlooked Washington Square Park. It was going to be my first adult vacation — even if it was more like a 2,400-mile booty call.

We went out for dinner, out for drinks, out for more drinks and then dancing in a warehouse where they gave us drinks for free (my ex-boyfriend is much better looking than me). The night was amazing. And after we got back to the hotel at about 3 a.m., we had drunk sex and a drunk talk where he admitted he missed me. Mission accomplished! I might have spent two weeks’ salary on one night of fun, but what I got in return was the ultimate satisfaction. I was officially “the one that got away.” He thinks I’m AWESOME.

Within an hour of passing out I woke up, because, like everyone who consumes his weight in vodka, I had to pee. In the dark, I pawed my way to the bathroom. Since the hotel room was in the corner of the building, the doors were all clustered together at odd angles. It wasn’t until after the door automatically swung shut behind me that I came to my senses: That wasn’t the bathroom door.

I was standing in the hallway, with the hotel room door locked behind me, wearing nothing but tighty whities.

It didn’t seem like a crisis at first. I knocked on the door, quietly to begin with, so that my ex-boyfriend would wake up and let me in. No response. More knocking. I considered pounding on the door and yelling his name. But then I wouldn't be “the one that got away,” I'd be “the freak show that locked himself out and woke up the hotel.”

Meanwhile, I still had to pee. Now.

Looking down the hallway, past the bank of elevators, I spotted a window. I knew what I had to do: I scampered down the hall, unlocked the doohickey, opened the window to a blast of December air, and let loose.

This was not an ideal situation for several reasons. There was an air shaft outside this window, an air shaft with dozens of windows. And to make things worse for everyone staying on the floors below, there was a bug screen in the way. So instead of pointing a neat stream toward bricks, the stream scattered and showered down seven stories in a deluge of echoing tinkles.

I silently promised to never tell anyone what I just did — ahem — and returned to my hotel room to knock on the door again. I didn’t want to contemplate the alternative … going down to the lobby to ask for a key. Had they heard me? Had anyone on floors one through six complained about the torrent of piss? Were bellhops canvassing the building right now to locate the perpetrator of this unthinkable crime against hospitality?

But my ex-boyfriend was still sound asleep and only one option remained: turning myself in to the authorities at the front desk.

If you ever thought riding an elevator was socially awkward, let me assure you it’s 1,000 times worse if you’re doing it in nothing but underpants. I was certain that someone would get on, size me up, and then — because what else could a person do? — look away with disdain.

But I managed to make it to the lobby alone, and when the doors opened, I saw a few East African men (the concierge, the desk manager and a bellhop) chatting across the room, oblivious to my come-over-here gestures from halfway inside the elevator.

I slunk out and attempted to hide my lower half behind a large potted fern. From here, I could get their attention, I thought. It was like a scene in the “Pink Panther,” and I was the bumbling Inspector Clouseau, whose every bright idea made the situation worse. Finally one of the men caught sight of me, and he said what anyone would say to a flasher in a hotel lobby:

I tried to explain myself: that I accidentally locked myself out of my room without any ID or, well, anything, which sounded fictional, because, um, how do you accidentally leave your hotel room in nothing but briefs?

They had to call the room five times to wake up my ex-boyfriend and confirm I wasn’t a predator. They only had a master key to unlock my door, which meant that my elevator nightmare was about to become reality. Soon I was riding with a tall and handsome front-desk manager who did not even glance at the drunk dude standing next to him. The manager unlocked the door to my room and there was my ex.

He grinned at me. He didn’t seem annoyed that I woke him up. Didn’t act like I was a freak show. Which was generous, and shows you what a good guy he was after all: I never had to impress him. The next day, we laughed about it. And we even considered him returning to Seattle after school so we could be together. I really did love him, and I suppose you can be certain somebody really loves you back when they accept you for who you are. And he accepted me as the doofus who, in an unfortunate moment, blasted piss out a hotel window.

But you also have to accept certain realities. Sometimes the door that you think leads to the bathroom really leads to the hall. Sometimes a love you thought was surely going to continue has just come to an end.

He stayed in New York. And I stayed in Seattle. This summer I’ll probably go visit him — and his wonderful new husband — but I’m not staying in that hotel.

Dominic Holden is news editor of The Stranger, a weekly paper in Seattle. His writing has also appeared in The New York Times and Slate. He tweets about politics and other things: @dominicholden.