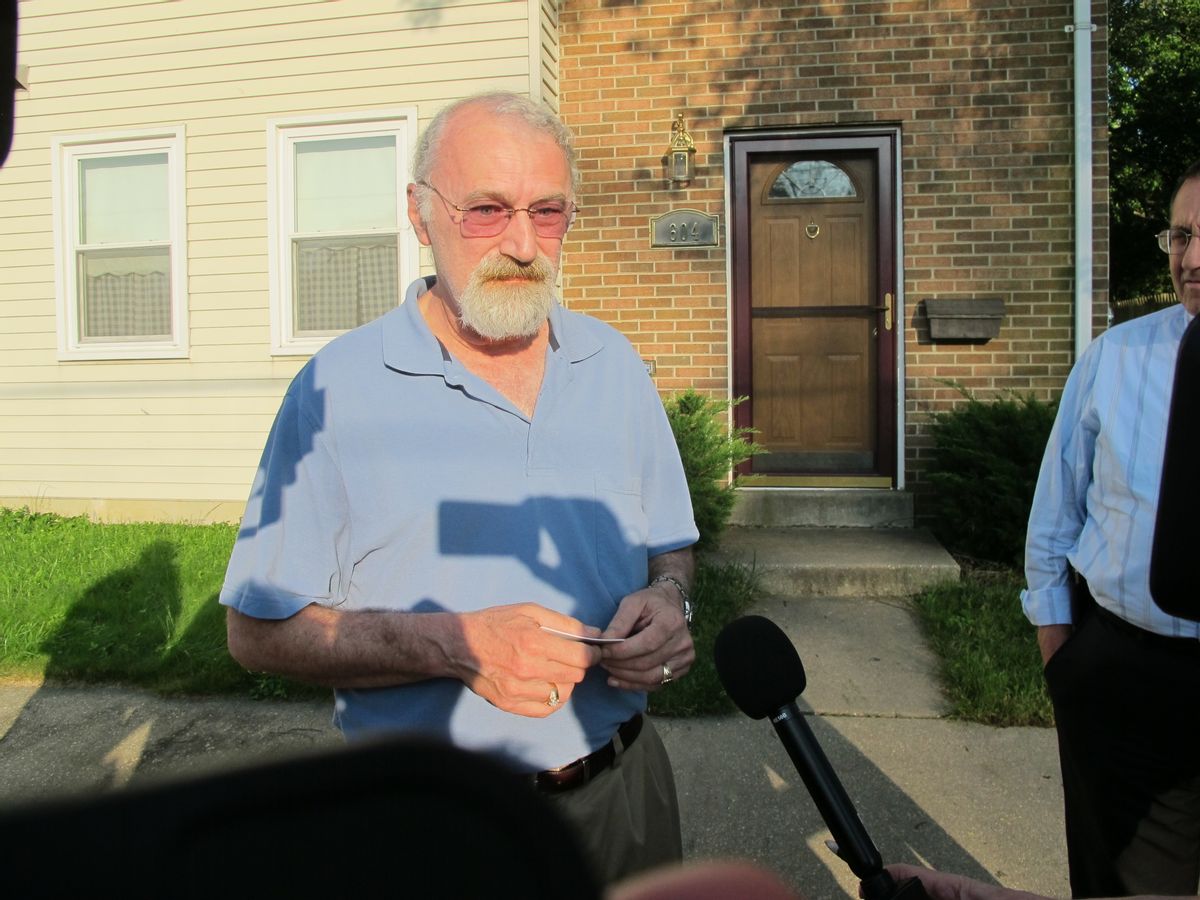 LAUREL, Md. (AP) — The father of the girlfriend of Edward Snowden described the leaker of national secrets as a shy and reserved man with convictions, but said Tuesday he's "still shocked" by the news about him.

"He's always had strong convictions of right and wrong, and it kind of makes sense. But still shocked," Mills said, describing his reaction to the news about Snowden.

Mills also said his daughter, Lindsay, who has been dating Snowden for four or five years, is holding on amid the national controversy. Jonathan Mills says he has texted his daughter, but that he did not know where she was.

Mills also said he last saw his daughter two months ago, when she came to visit for a week.

She is doing "as well as could be expected, and that's all I have to say," Mills said.

Jonathan Mills confirmed that an image accompanying Lindsay Mills' blog was that of his daughter.

Lindsay Mills, a graduate of the Maryland Institute College of Art, wrote on her blog, "My world has opened and closed all at once. Leaving me lost at sea without a compass."

"Surely there will be villainous pirates, distracting mermaids, and tides of change in this new open water chapter of my journey," she added. "But at the moment all I can feel is alone."

She wrote of her hand being forced, typing on her "tear-streaked keyboard," and reflecting on "all the faces that have graced my path." She said that she didn't get to "bid adieu" to some, then added, "But sometimes life doesn't afford proper goodbyes."

Snowden, a 29-year-old former intelligence contractor, has identified himself as the person who leaked details of a secret National Security Agency surveillance program to two newspapers.

Asked if he had a message for Snowden, Jonathan Mills said, "Just wish him good luck and he's got my love."