The whistle-blower, who's said he wants to avoid the media spotlight, has gone underground 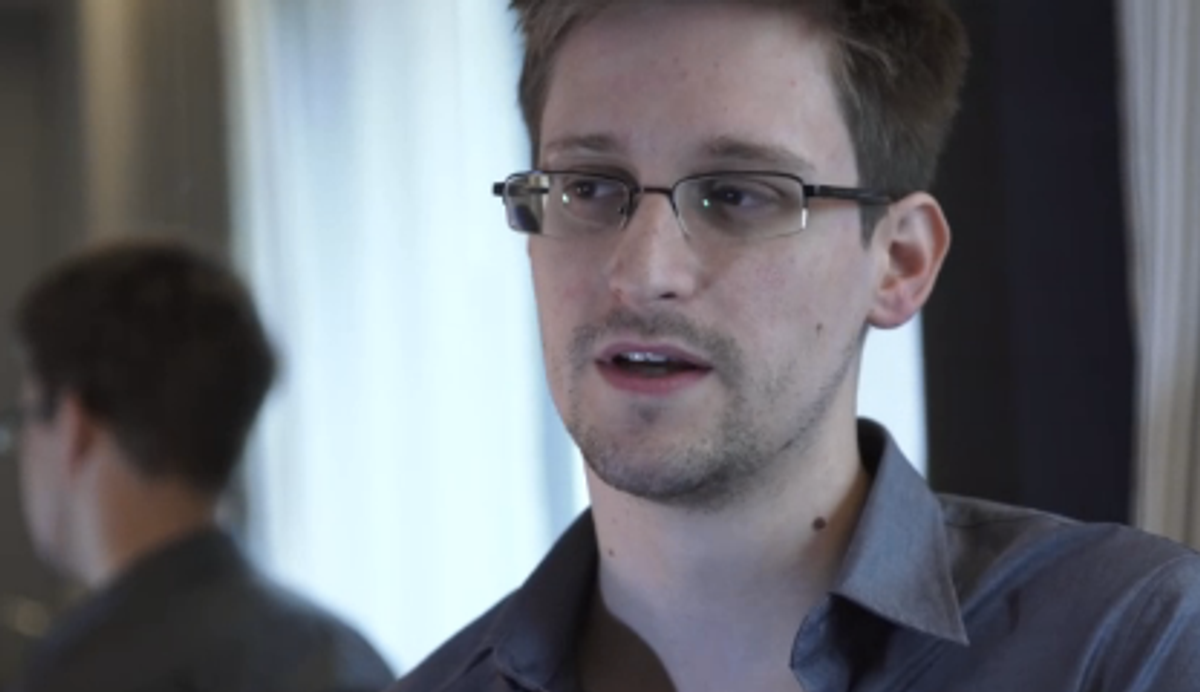 HONG KONG (AP) — The former CIA employee who suddenly burst into headlines around the globe by revealing himself as the source of top-secret leaks about U.S. surveillance programs has just as quickly gone to ground again.

Two days after he checked out of a Hong Kong hotel where he told the Guardian newspaper that he had "no intention of hiding who I am because I know I have done nothing wrong," Edward Snowden was nowhere to be found Wednesday, despite being the central figure in the biggest news story in the world.

Snowden, in his Sunday interview with the newspaper, had said he wanted to avoid the media spotlight, noting he didn't want "the story to be about me. I want it to be about what the U.S. government is doing."

With little new information to report on Snowden or his whereabouts, Hong Kong's notoriously boisterous newspapers, and others around the world, fixated on his American girlfriend, a dancer who posted partially nude photographs on herself online before she also apparently disappeared.

"Spy on the run: girlfriend ill at ease," read one Apple Daily headline above a picture of the 28-year-old Lindsay Mills in a provocative pose taken from her blog, which has since gone offline.

Mills is not believed to be traveling with Snowden, who is thought to still be in Hong Kong.

Apple Daily quoted unidentified sources with the Hong Kong immigration department as saying they had no record of Snowden leaving the territory. A spokesman for the department, speaking on routine condition of anonymity, said it could not confirm the paper's information because it did not comment on individual cases.

Reporter Ewen MacAskill of Britain's the Guardian newspaper, who interviewed Snowden for exclusive stories about his revelations, wrote late Tuesday that "it is thought" Snowden was now in a private home in Hong Kong, but offered no details.

Guardian journalist Glenn Greenwald, who also interviewed Snowden in Hong Kong, has given a series of interviews about the case, but refused to reveal any information about Snowden's location or his future plans.

Despite the uncertainty, Hong Kong supporters of the 29-year-old American have organized a protest march featuring local human rights activists and prominent pro-democracy politicians to pass in front of the U.S. Consulate on Saturday afternoon.

"We call on Hong Kong to respect international legal standards and procedures relating to the protection of Snowden; we condemn the U.S. government for violating our rights and privacy; and we call on the U.S. not to prosecute Snowden," the organizers said in a news release.

Snowden arrived in Hong Kong from his home in Hawaii on May 20, just after taking leave from his National Security Agency contracting firm Booz Allen Hamilton, which has since fired him.

Questions remain about why Snowden chose to go public in Hong Kong, a Chinese autonomous region that maintains a Western-style legal system and freedom of speech, although he said he considered the territory to be relatively free and open. Hong Kong has an extradition agreement with the United States, but there are exceptions in cases of political persecution or where there are concerns over cruel or humiliating treatment.

U.S. authorities have yet to bring charges against Snowden or file an extradition request with Hong Kong. Legal experts say quirks in the Hong Kong legal system could allow Snowden to draw that process out for months or years through appeals.

Snowden might also block extradition altogether by claiming he would be subject to the same harsh treatment as WikiLeaks source Army Pfc. Bradley Manning, who was held alone for nine months in a windowless cell 23 hours a day, sometimes with no clothing, drawing complaints from human rights groups and the United Nations' chief torture investigator.

Snowden could still attempt to leave Hong Kong for another destination, possibly including nearby jurisdictions or countries that do not have extradition treaties with the United States, such as China. Snowden himself has given no indication he is prepared to cooperate with any foreign intelligence service, including China's.

Outside of Asia, Snowden might also consider seeking asylum in countries like Iceland and Russia. According to the Kommersant Daily newspaper, Moscow has said it might provide asylum.