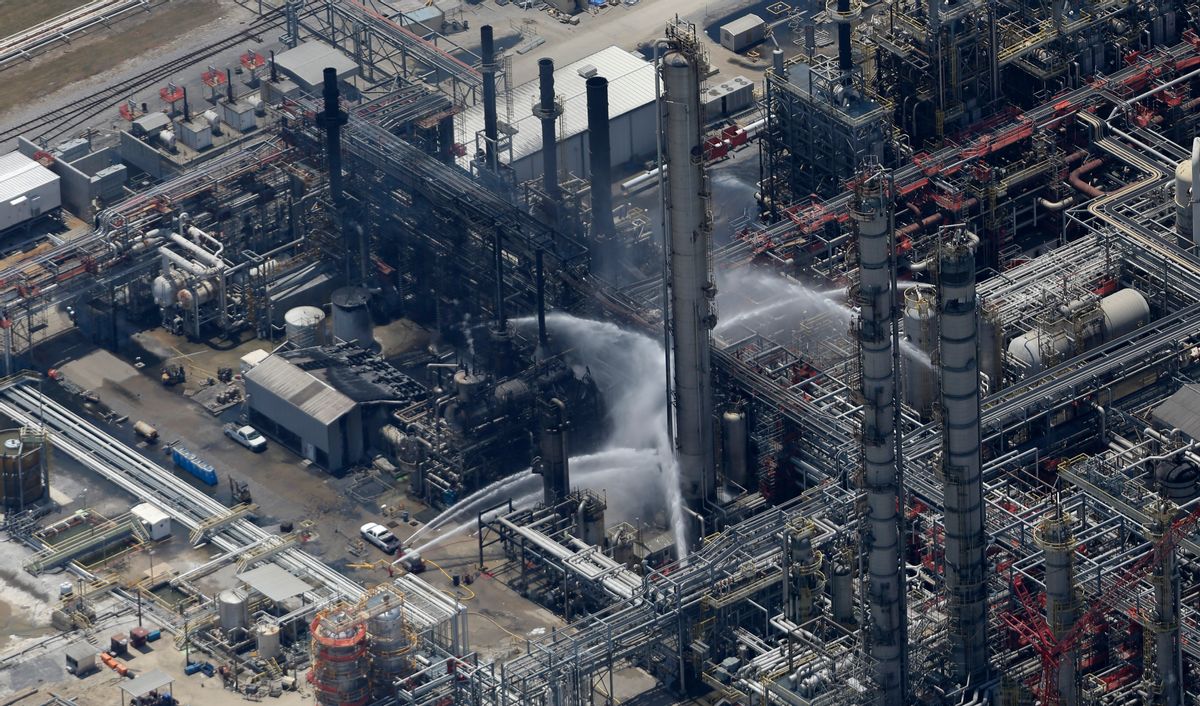 GEISMAR, La. (AP) — An ground-rattling explosion at a chemical plant in Louisiana ignited a blaze Thursday that killed at least one person and left dozens more hurt, officials said.

Thirty-seven people were taken to area hospitals by helicopter or ambulance, and another 24 with minor injuries were taken to a hospital by school bus, according to Clay Henry of Acadian Ambulance Service.

State police Capt. Doug Cain said a body was found by hazardous materials crews going through the aftermath of the blast at the facility owned by The Williams Companies, based in Tulsa, Okla.

The plant is in a sparsely populated area about 20 miles from Baton Rouge, with few homes nearby. Cain said it was unlikely anyone lived within a couple of miles of the plant.

The company said the blast happened at 8:37 a.m. at the plant in an industrial area of Geismar, about 20 miles southeast of Baton Rouge. The cause was not immediately known. The FBI said terrorism was not suspected.

A contract worker, Daniel Cuthbertson, 34, described a scene of "mass hysteria" immediately after the explosion, with workers scrambling over gates to get out of the plant.

"God was with me today because I know when I looked back, I barely made it. I know somebody was hurt. There's no way everybody escaped that," said Cuthbertson, who was interviewed at an emergency staging area about 2 miles from the plant.

Early tests did not indicate dangerous levels of any chemicals around the plant after the blast, said Jean Kelly, of the state Department of Environmental Quality.

Cain said the fire at the plant had been mostly extinguished.

"There is still some controlled flaring going on, so people in the area are going to see smoke," he said.

Authorities said the plant makes ethylene and propylene — highly flammable gases that are basic building blocks in the petrochemical industry.

A thick plume of black smoke rose from the plant after the blast. In the early hours after the explosion, at a roadblock several miles away, where family members waited anxiously to hear about loved ones, flames were easily visible above the trees.