Bachmann: Republicans will be exiled from the White House if immigration reform passes 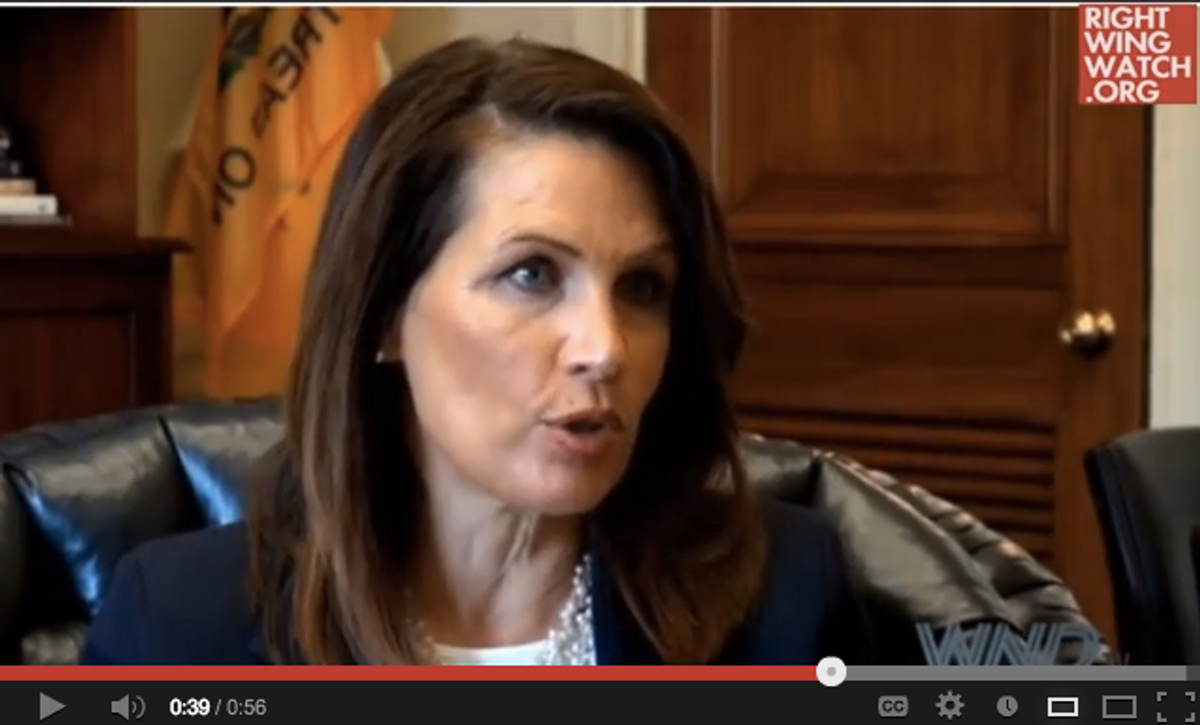 Rep. Michele Bachmann, R-Minn., declared on Thursday that immigration reform isn't about immigrants at all -- it's just a big conspiracy to keep Republicans from winning the presidency.

"We will never again have a Republican president," warned Bachmann on WorldNetDaily, because President Obama wants to give immigrants "perpetual amnesty" and change "the whole political system." If undocumented immigrants are ever granted legal standing or -- gasp -- citizenship, "you will never again be able to see our country return to its constitutional foundations," according to Bachmann.

This is, of course, a very plausible theory from a reliably levelheaded politician. But how, then, would Bachmann explain the historic number of deportations that occurred under Obama and his administration's otherwise dismal (made only slightly less dismal by recent pushes for reform) record on the issue? A clever ruse to distract us while he secretly pushed for "perpetual amnesty"? Presidential cognitive dissonance?