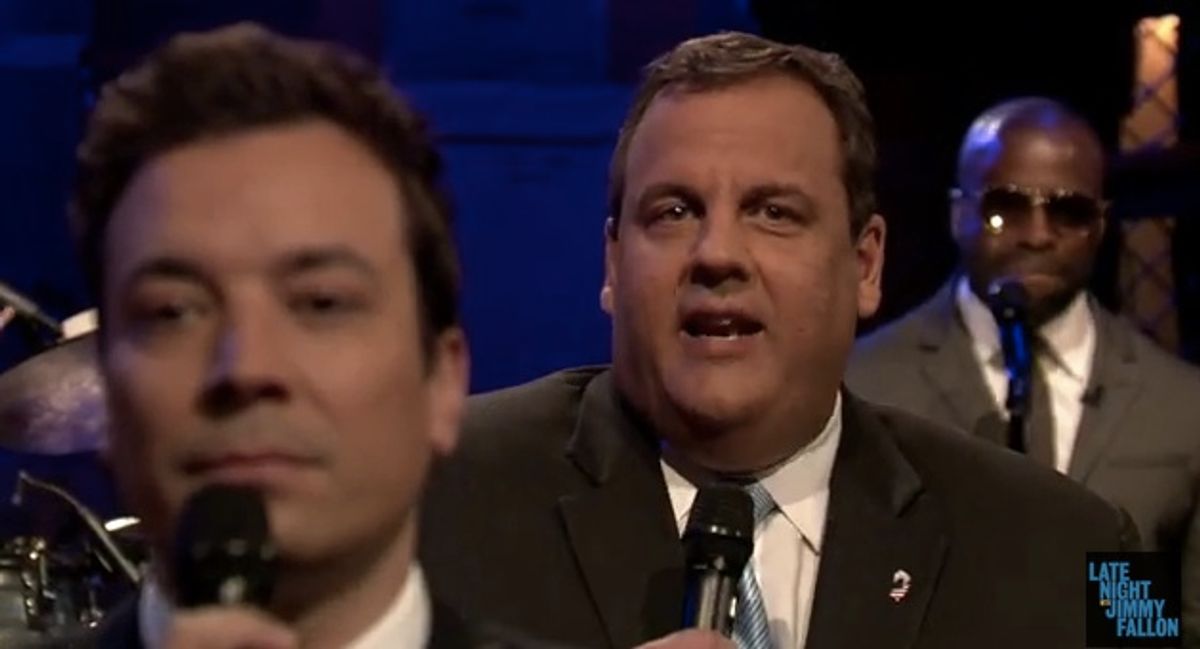 New Jersey Gov. Chris Christie stopped by "Late Night With Jimmy Fallon," to help the host "Slow Jam The News" -- during which Christie defended his controversial decision to call a special election to fill Sen. Frank Lautenberg's seat in October, instead of putting it on the November ballot alongside his own reelection race.

Sample quote from Fallon's band: "Chris Christie's about to give New Jersey a huge election, and he's putting it in the hands of the people."