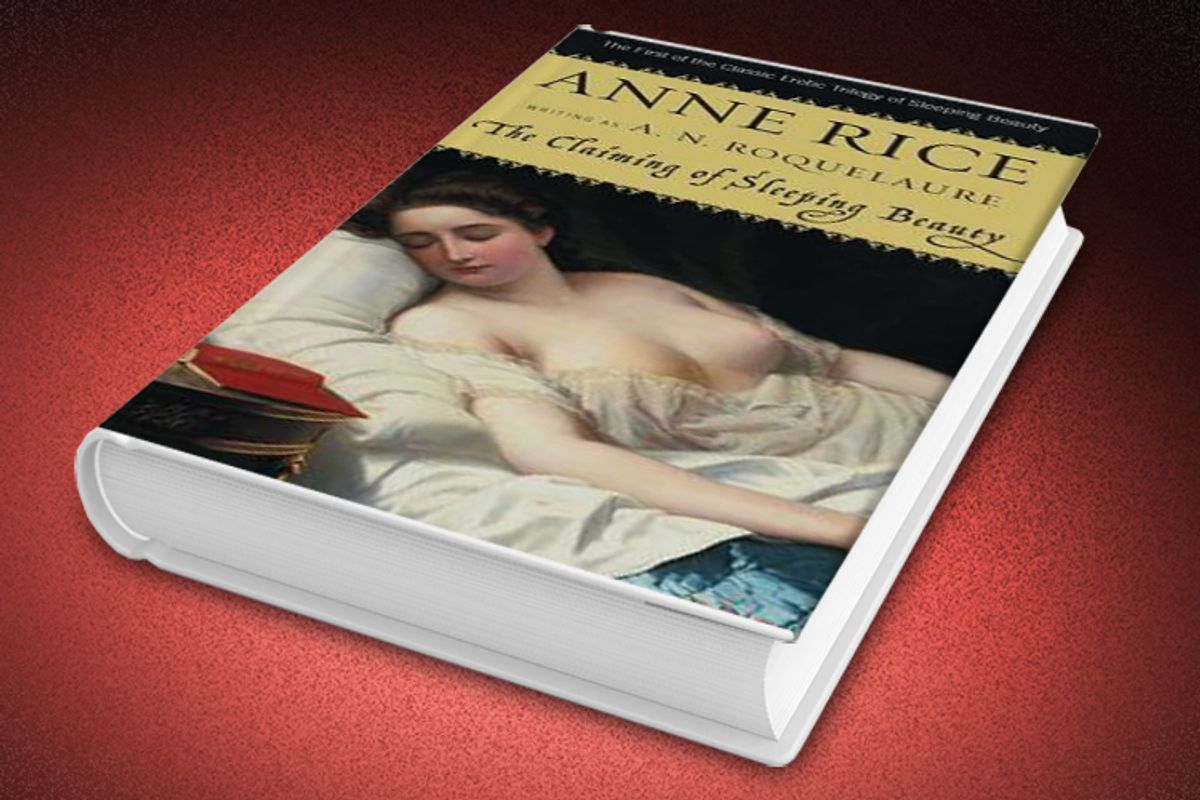 If by any chance you were heartened by the news that the new No. 2 official at the CIA is not only female but also used to co-own an independent bookstore (and therefore might harbor some flickering belief in civil liberties), the Daily Beast is on hand to harsh your buzz.

In an impressively sleazy bit of reporting, writers Ben Jacobs and Avi Zenilman have decided that the most important thing about Avril Haines' career before she accepted a post as deputy director of the Central Intelligence Agency is the fact that 20 years ago she was the "host of 'Erotica Night' at a Baltimore bookstore." In the intervening years, Haines has been deputy assistant to President Obama and legal adviser to the National Security Council, as well as serving as a key liaison between the White House and the CIA, but what Jacobs and Zenilman choose to lavish their attention on is a detailed description of a promotional evening Haines led at Adrian’s Book Cafe when she was in her early 20s, complete with sexy sample quotes from an Anne Rice novel read aloud at the event.

The Daily Beast article features several other weird, vaguely leering touches, like a quote from an admiring neighbor who recalls Haines rehabilitating her apartment in "jeans or a pair of shorts." But that stuff would be much less creepy were it not for the extended, titillating introductory passages about Erotica Night at Adrian's Book Cafe way back in 1995, with the details taken from an article in the Baltimore Sun. (Jacobs and Zenilman did go to the trouble to find the Anne Rice quote about pinched breasts and thrusting members on their own, however.)

Just last week, in a story about the reputations of female novelists, I had occasion to cite the "Axis of Dick" scene from the HBO series "Veep," and now, within days, we're presented with the quintessential real-life example of this gendered Catch-22! To reprise: The series' main character, U.S. Vice President Selina Meyer (Julia Louis-Dreyfus), is groped by the husband of Finland's prime minister while taking a cigarette break. Later, her female chief of staff tells her they've got to hush up the matter. Even though Selina is the wronged party and has been subjected to demeaning treatment by a utterly unrepentant Nordic scumbag, because of the sexual nature of the offense she is powerless to seek restitution. She would be tainted by it. "Having your tit fondled by a Finn?" her aide exclaims. "It would define you. You can’t build a statue on that." Selina blames this pervasive form of injustice on what she terms "the Axis of Dick."

Haines could do the same. To be clear: Avril Haines has done absolutely nothing to be ashamed of. Even if she weren't 24 years old at the time, even if she were not a small-business owner serving the legitimate needs and interests of her customers in a creative and celebratory way, even if she wrote erotica herself in addition to reading it aloud to fellow aficionados, she would have no reason to be embarrassed. (Personally, I congratulate her for her healthy -- and literary! -- embrace of one of life's great pleasures.)

Of course, for all its gleeful, sweaty-palmed schoolboy sniggering, Jacobs and Zenilman's article doesn't come right out and say that Haines should be ashamed of Erotica Night -- but then again it doesn't have to. That's the advantage of addressing a society saturated with received contempt for women who express any interest in sex; all you have to do is imply that Haines is a sex-mad hussy who loves dirty books and you activate a few thousand years of Western Culture to do the work of ridiculing and mortifying her for you. And then you can deny that you were trying to humiliate her to begin with! She can't not lose, and every other woman in the world who's considering being honest about her own sexuality will surely learn from her example. That's why it's called the Axis of Dick.