How werewolf erotica found its way to prison 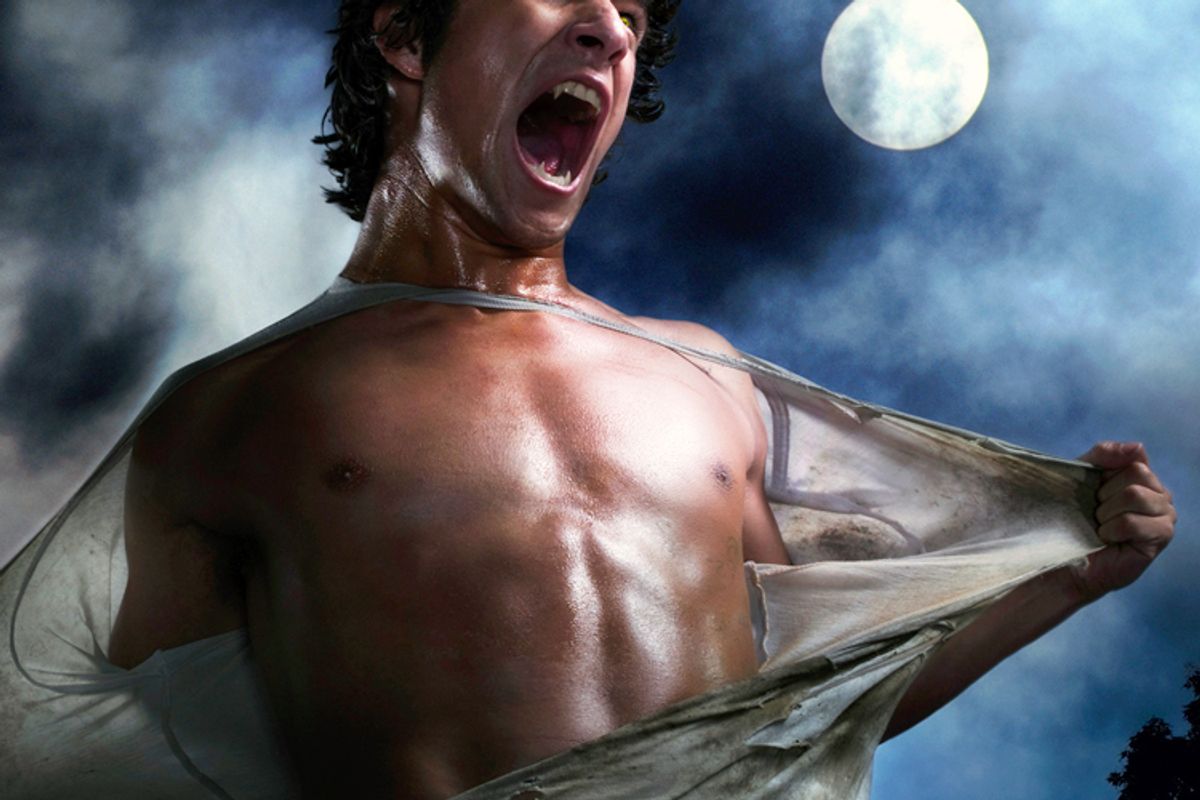 Much amusement greeted the announcement, earlier this month, that the 1st District Court of Appeal in San Francisco had overturned previous rulings to allow an inmate of a state prison to receive a book. The book, "The Silver Crown" by Mathilde Madden, had been confiscated by prison authorities. The case raises serious issues about the control prison administrators have over the reading material inmates may access, but the sniggering was over the book itself, a work of "werewolf erotica."

The ruling conflicts with an earlier finding by a court in the 5th District concerning the amount of leeway corrections officers may exercise in confiscating material. "Prison authorities had a legitimate penological interest in prohibiting inmates from possessing sexually explicit materials," Justice James Richman wrote, but in the case of "The Silver Crown" and the prisoner who wants to read it, they overstepped their powers and engaged in an "arbitrary and capricious application of the regulation." Richman declared that "The Silver Crown" does not meet the famous "three-pronged" standard by which American courts have determined obscenity since the Supreme Court of the United States' decision on Miller v. California in 1973. Specifically, he found that Madden's novel (the second installment in a series) is not a work that, "taken as a whole, lacks serious literary, artistic, political, or scientific value."

The 1st District's decision is good news for the First Amendment because prison officials have a disgraceful record in this department. To cite just two instances, a prison in Alabama refused to allow one of its inmates to receive "Slavery by Another Name: The Re-Enslavement of Black Americans From the Civil War to World War II" by Douglas Blackmon, a book that won the Pulitzer Prize and was described by the Pulitzer committee as "a precise and eloquent work that examines a deliberate system of racial suppression and that rescues a multitude of atrocities from virtual obscurity." In 2011, the American Civil Liberties Union sued a detention center in South Carolina for denying prisoners access to any written material at all except the Bible, "for months or even years on end."

Such strictures are particularly galling because prison libraries offer inmates one of the few avenues to rehabilitation within the system. Furthermore, it's impossible to guess which book may change a prisoner's life. "At the age of 43, I was once again in prison," wrote one inmate to the Prison Book Program in Quincy, Mass., a volunteer organization that matches donated books with prisoner requests. "I was severely depressed and had no hope for ever breaking the cycle of drugs and prison. I was completely alone and contemplating suicide. That’s when I read ‘The Diary of Anne Frank.' I read her diary in one sitting and I have not been the same since. This little girl made this grown man cry. This little girl held mirrors up to me from every angle, making it impossible for me to avoid myself any longer. All my self-pity and blaming had disappeared. This little girl smacked me across the face and forced me to wake up."

Granted, "The Silver Crown" seems less likely to prompt such a spiritual renovation, but you never know. In a decision that was itself an exemplary specimen of lively, lucid prose, Richman noted that -- in addition to many scenes of enthusiastic and highly varied sexual activity -- "themes of love, divided loyalty, destiny, transformation, betrayal, and revenge run through the novel." Peter Orner, a creative writing instructor at San Francisco State University, submitted a declaration on behalf of the plaintiff, stating, "It’s not Tolstoy, fine, but this author knows how to move story, carry out a plot with a theme, and how to give her characters a certain depth characteristic of literary fiction." The theme, according to Orner, is "Freedom, I would say … a woman freeing herself from the confines of her set life."

In fact, Richman's opinion engages with some of the fundamental questions of literary criticism, such as: What constitutes "literature"? What is the distinction, if any, between "serious" and "good" literature? How do our different perceptions of images and text affect our experience of a cultural work? Is it legitimate to dismiss a work as worthless simply because we find its motifs ridiculous? (Richman says not.) And so on.

Yet perhaps the most intriguing aspect of this story remains a mystery: Who is Andres Martinez, and how did he come to be so determined to read this paranormal romance novel while confined to Pelican Bay State Prison? Make no mistake, while almost all of the coverage devoted to the suit characterizes Madden's novel as a work of "erotica," you need only check out the shirtless male torso depicted on the book's cover to realize that's a rather selective interpretation of its genre. If you happened to spot the book lying on a female relative's end table, you wouldn't think "Aha, erotica!" You'd think, "There's that romance novel Cousin Shelley's reading." And you would quite possibly tease her about it, just a little.

Martinez is not a white-collar criminal. The 1st District ruling reports that he was convicted of "multiple crimes, including firearm assault, attempted second degree robbery, and attempted murder," and that he currently resides "in the Security Housing Unit (SHU), where the most dangerous prisoners are housed. He has been assigned to the SHU in part for violence in prison, including battery on an inmate, possession of a deadly weapon, and battery on a peace officer. He is also considered a 'validated associate' of the Mexican Mafia prison gang."

So not your typical romance fan -- or is he? Andrew Shaffer, who reviews romance novels for Romantic Times magazine (and is the author of "Literary Rogues: A Scandalous History of Wayward Authors"), told me that many of the books in prison libraries are donated, and "they're often donated by wives and mothers of the inmates. What do the wives and mothers of prisoners read? Probably a lot of romance novels." As a result, some romance novels have found a small but significant readership among male prisoners.

According to Shaffer, a lot of romance novelists hear from fans in prisons. (And some prison libraries tear off the back covers of paperback romances, where the author photo usually appears, in order to prevent prisoners from forming fixations on the authors of racy novels.) "Books definitely do get passed around. All of a sudden, a certain author's books will get really hot in a federal prison or something, and that author starts receiving a lot of fan letters. It's not necessarily just the educated prisoners writing, either. Some authors I know have been sent pictures of their readers' gang tattoos. It can kind of freak them out."

One thing in particular that blows Shaffer's mind is that he's never heard of one of these incarcerated fans being taunted for his taste for erotic romance fiction. Perhaps, he speculated, they just aren't aware that the books aren't "for them." "It's a very cultural thing, and if you're not part of that culture, you don't necessarily know that you're not being marketed to. I heard Lee Child speak at a romance convention once, and he said he was friends with Tony La Russa, the former St. Louis Cardinals manager, who read a lot of, I think, Nora Roberts novels. Lasorda had not been a reader his whole life, and so he had no idea, until Child told him, that generally guys don't read that. It was just what he enjoyed."

However Martinez first encountered the work of Mathilde Madden (a British author who contributes to the Guardian under her given name, Mathilda Gregory), his taste only came to the attention of Pelican Bay's administrators when he took the trouble to order "The Silver Crown." Since it's the second book in a series, Shaffer suggested that Martinez might have read the first volume in the library and "he wanted to know what happened." Anyone suffering from a wicked jones for the next Sookie Stackhouse or George R.R. Martin novel can surely sympathize with such a craving, and appreciate how snatching that satisfaction away from a fan constitutes a particularly petty, nasty trick. Will Iris (the book's werewolf-hunting heroine), be able to make it work with her ex, Alfie (now a werewolf himself, if a renegade one) or will their differences destroy their love? Now, at last, Martinez can find out.

The Boston Globe on the Quincy Prison Book Project