"I can't help but think of a title of a book, 'Men Are From Mars, Women Are From Venus,'" said Ken Fredette 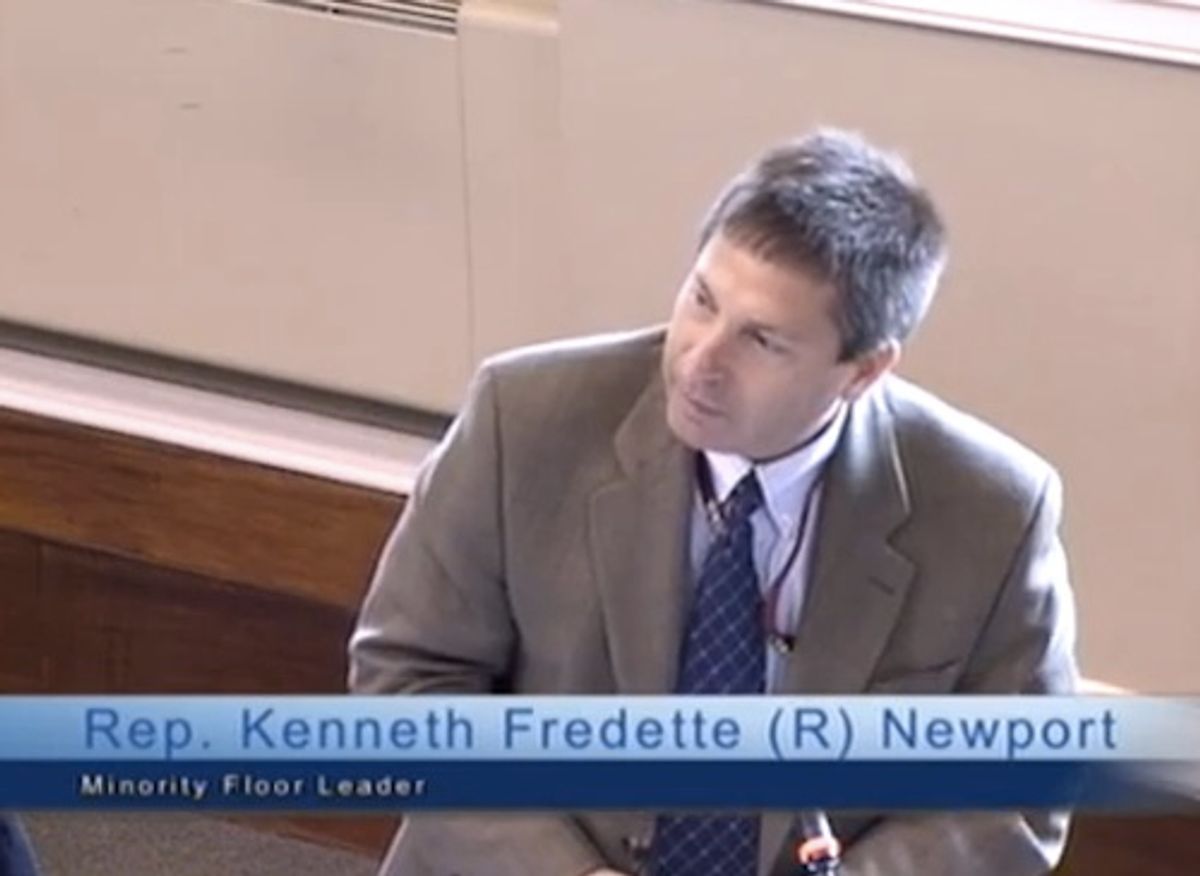 Maine state Rep. Ken Fredette, a Republican, argued that he and his fellow Republicans think differently about accepting federal healthcare funds because his "man's brain" is more concerned about potential costs.

He continued: "From the other side of the aisle, I hear the conversation being about 'free this is free, we need to take it and it's free and we need to do it now,' and that's sort of the fundamental message that my brain receives. Now, my brain being a man's brain sort of thinks differently, because I say, well, it's not -- if it's free is it really free? Because I say, in my brain, 'there's a cost to this.'"