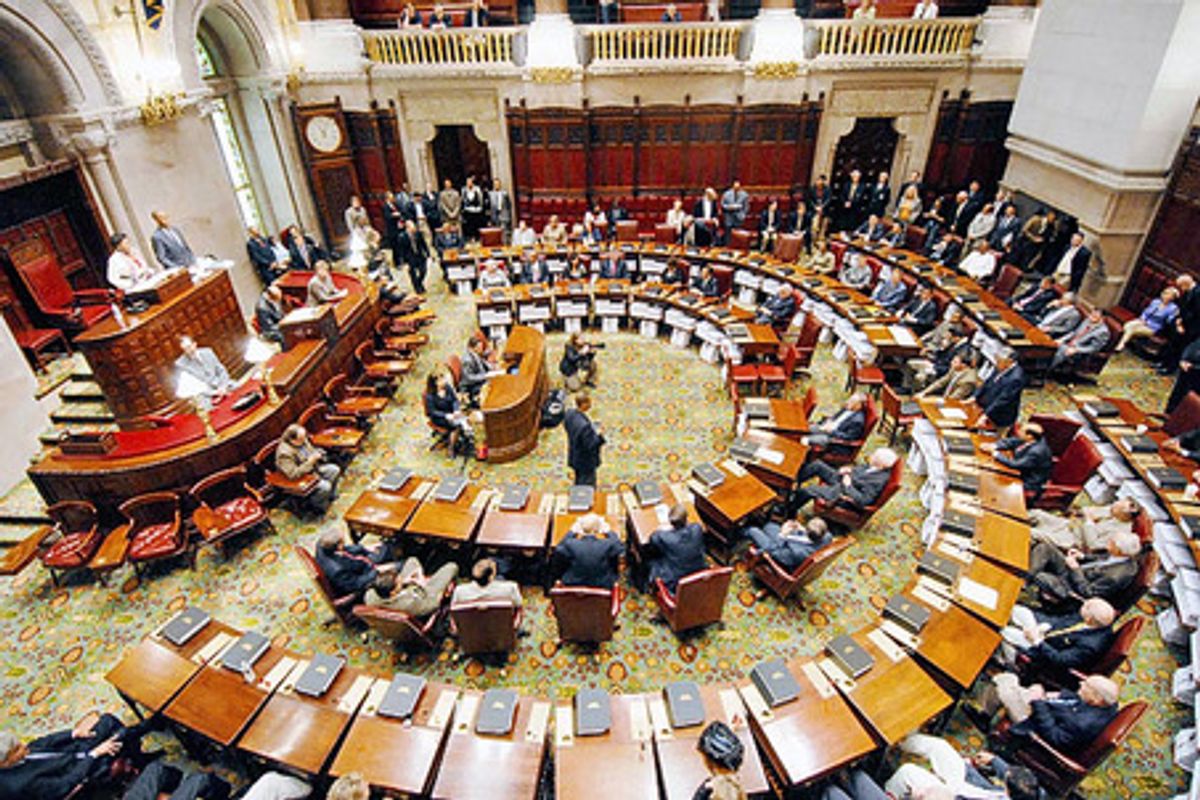 The New York Times urged New York lawmakers on Thursday to pass the Gender Expression Non-Discrimination Act (GENDA), a measure to protect transgender people from discrimination in employment, housing, education, credit and public accommodations. Unfortunate title aside (more on that in a minute), the editorial is the latest among recent calls to put the measure -- which has bipartisan support in the state Senate and Assembly -- to an up-or-down vote before the legislative session ends on June 20.

A 2002 state statute barring such discrimination based on sexual orientation does not explicitly extend these protections to transgender men and women; GENDA would close this gap, as the Times notes:

Some jurisdictions, including New York City and Suffolk and Westchester Counties, have enacted protections. But in much of the state, people who have had sex-change surgery and others who do not identify with their birth gender can still be denied a job, shelter, credit or access to services because of who they are.

New York, the editorial board writes, should not "lag on this important civil rights issue."

And now, about that title. While endorsing the sentiment behind "Civil Rights for Transgenders," many advocates have bristled, rightly, at the Times' use of "transgender" as a noun in the headline. Like the paper's long-standing use of "illegal immigrants" (a term recently dropped by the Associated Press Stylebook), the awkward appearance of "transgenders" is a reminder of how critical language is to creating understanding and acceptance, as many on Twitter have been quick to remind the paper: