The comedian told the Guardian that although he doesn't trust corporate America, "hate doesn't fix things" 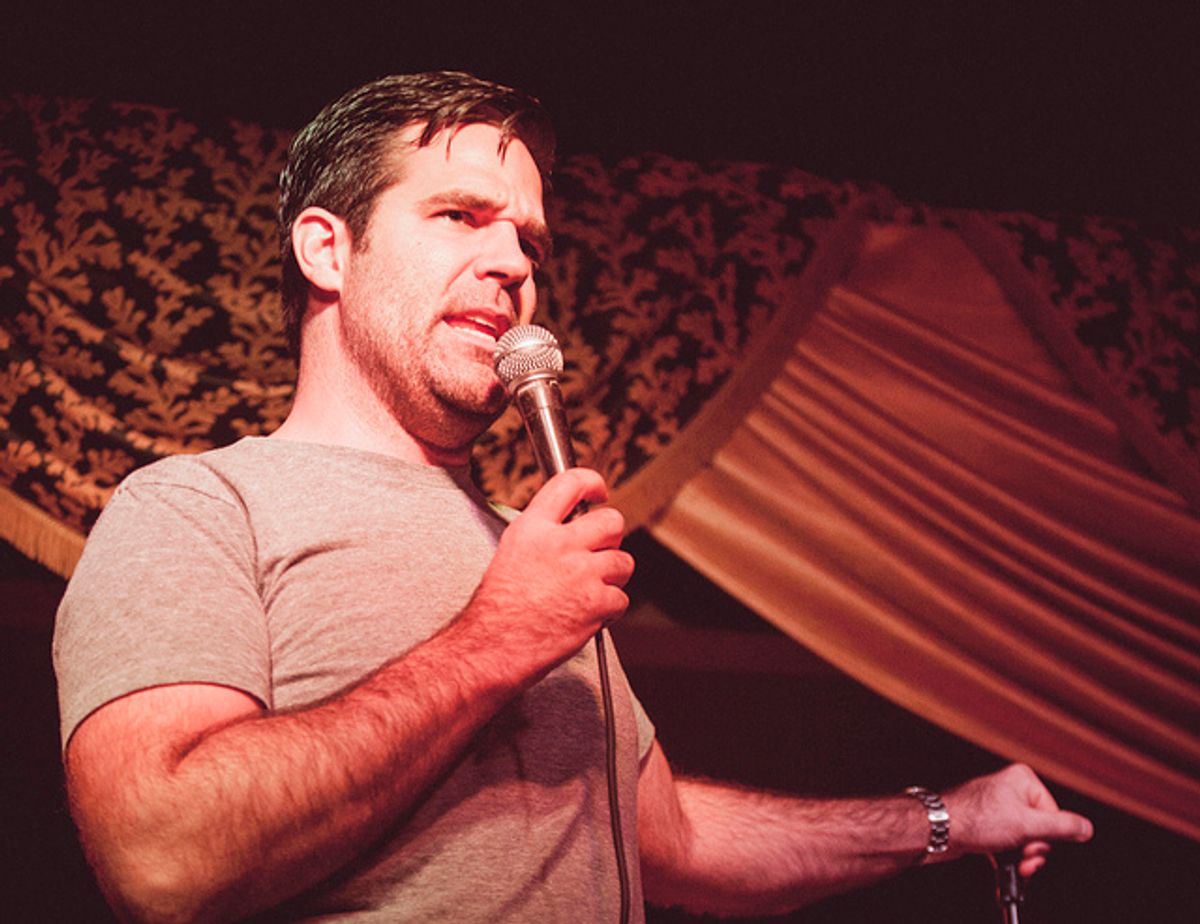 Comedian Rob Delaney, one of the funniest voices on Twitter, has long used humor to criticize the government and corporate culture. In a recent interview with The Guardian, he shared his thoughts on the NSA, calling it "terrible." "It's fun, though, for people to see that the Democratic party and Republican party are two wings of the same bird and that corporations run the show," said Delaney.

And what power do people have against the government and corporate America? Comedy, he says:

Humor, with compassion. We don't need to hate them. Hate doesn't fix things. We band together, recognize the human in each other, we help each other. I mean, there's vast political strength in being kind to, for example, people in your own family, to people on your street … face-to-face human interactions can have a lot of power. Read to your kids. I'm serious. I champion education and health in particular because if you look at Maslow's hierarchy of needs, once people address those things, then they can start to talk about things like global warming.

The Guardian: So do you feel like you're able to act on those issues and contribute to those issues through comedy?

Absolutely. Comedy is massively powerful. I wouldn't say I am, but comedy is, so I try to harness its power whenever I can and focus it in a positive direction.

But, if you're wondering what Delaney thinks is the absolute worst thing in the world -- it isn't the NSA. It's men in their 20s. "A male in their 20s? Run in the opposite direction. Nothing he says matters; his fears, his hopes his dreams are garbage. Men in their 20s are the worst thing happening on our planet."