For many, government surveillance has been a regular part of life, especially since 9/11. So, why the outrage now? 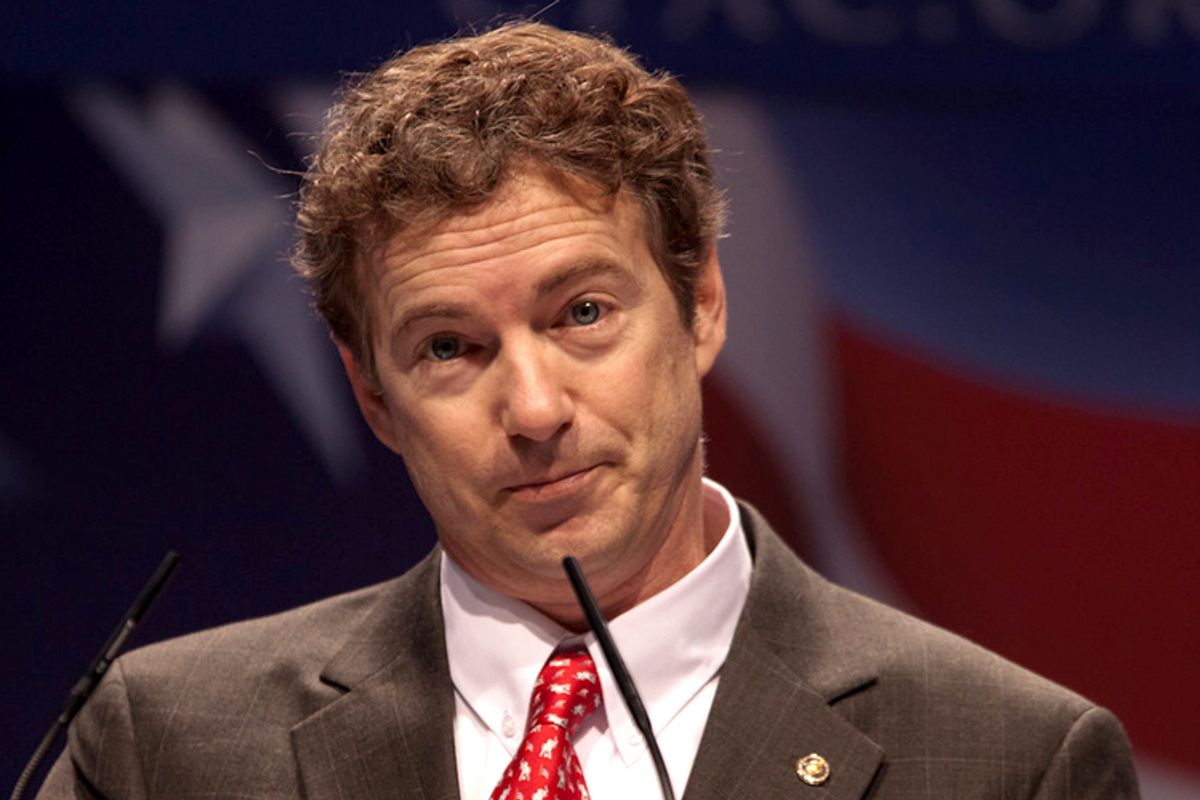 As a result of the recent revelations about National Security Agency surveillance, a fierce debate about privacy and the powers of security services has been raging. But in light of the fact that such an approach has long been taken toward a segment of Americans, one might ask why it required this latest series of developments to spur discussion.

Mounting domestic and international pressure against the PRISM surveillance program has forced the Obama administration to concede that the revelations have sparked “an appropriate debate.” Concern – and in some cases, outrage -- at these measures has been expressed by general members of the public and politicians, many of whom made no secret of their anger or mistrust toward them. Given the seriousness of the allegations, the outrage expressed at such a situation is obviously justified; the courage of the leaker and those taking the fight to government, commendable.

But what, it must be asked, is driving all the outrage?

If one follows the debate on this issue, we are told it’s simply due to the fact that rights to privacy are being effortlessly contravened, the rule of law is being undermined (yet again), transparency has reached an all-new low, and that worst of all, this is all happening to innocent people. This is true no doubt, and anger at such facts is warranted and reasonable. But is any of this actually new?

There appears to be a discrepancy in our anger and protest against such measures. For years now, and well before the discovery of these leaked documents, we have been complacently living with the public knowledge of certain truths. Rights to privacy have been systematically and openly violated for years, without much fuss. The rule of law has been suspended indefinitely, in places like Guantánamo Bay, for example, with barely a peep. Lack of transparency? We’ve gotten used to it in certain cases, it seems. Severe violations of these and other rights targeted against innocent people have become so normalized, that we now discuss them simply in terms of efficiency, stripped of any considerations for legal protections.

Welcome to the world of the Muslim, post-Sept. 11.

There is an elephant in the room that needs to be addressed in this discussion, one that will no doubt cause much backlash and reap accusations of all sorts and from the best of people, as such elephants often do. It is difficult to raise this issue due to its sensitive nature, and particularly at such a sensitive time – which is precisely why it is so important to do so.

In spite of this sensitivity, let me outline the case: The issue of excessive surveillance is not new – the only new aspect here is that it now encompasses a larger population; specifically, white America. It needs to therefore be asked as to whether this is the real reason for all the spontaneous outrage of late.

Since the events of Sept. 11 and the proliferation of anti-terror laws enacted around the world, Muslims have been subjected to the very violations that are now the scene of such fierce protest globally. These tactics of surveillance and control have been carried out with much disclosure and in public knowledge. They have been publicized, discussed, justified and ultimately accepted as – at the very least – “necessary evils.” As early as 2001, then-President George W. Bush made no secret of these draconian powers when signing the Patriot Act: “This new law that I sign today will allow surveillance of all communications used by [suspected] terrorists, including e-mails, the Internet, and cell phones.”

This same legislation being used today to justify the PRISM surveillance powers, which the Obama administration is now considering revising as a result of these protests, has already been explicitly in use against Muslims for over a decade. The extent of surveillance used against Muslims in that time is nothing short of disturbing. Director of Muslim Advocates, a U.S. legal advocacy organization, Farhana Khera, sums it up well:

Today, the FBI can show up at your work, unannounced, to interrogate you about an article on political events you post on Facebook, or seize information about your phone calls, e-mails, internet activity and medical and banking records -- all without a shred of evidence that you've engaged in criminal activity.

On the 10-year anniversary of the legislation, Khera’s organization published a report detailing the loss of liberty Muslims faced due to the Patriot Act. The details are unsettling. Between the years of 2001 and 2005 alone, almost 500,000 Muslims were interviewed by the FBI, with none of these interviews leading to information that might detect or prevent terrorist attacks, thus suggesting unwarranted suspicion. Unsurprisingly, this means that today, “it is difficult to find an American Muslim who has not had one of these encounters with law enforcement, or knows someone who has.” As of the date of the report, 2011, the FBI had an astounding 15,000 spies and informants, mainly targeting the Muslim community, and as many as 45,000 “unofficial” informants. The main task behind these operations is intelligence-gathering and surveillance, of the sort now being opposed.

The difference between these surveillance tactics used against Muslims, and the ones causing today’s controversy, are not as great as they may seem. The form might be slightly different, but the reality remains the same:  They both contravene fundamental rights to privacy, undermine the rule of law in the same manner, lack the basics of transparency, and, as seen above, do not require reasonable suspicion (the fact of being or looking Muslim appears to be suspicion enough). Phone, email, even library borrowing records are not simply collected, as is the fear currently, but are then used to build a case for prosecution. The ongoing surveillance of Muslims is thus not simply a matter of a lack of privacy, but can result in severe curtailment of liberties, and in extreme cases, death.

And these powers have since evolved – as was inevitable – well beyond the simplicities of mere surveillance to include deliberate cases of FBI entrapment, which have resulted in innocent people being sentenced to decades in prison. In one case in 2009, four young Muslim men were sentenced to 25 years in prison each, after the FBI created a fake terror plot and offered to pay them for assistance in carrying it out. In the United Kingdom, the government has been busy revoking the citizenship status of Muslim Britons on national security grounds, with two such ex-citizens then killed by drone attacks.

And this is only what is happening on home soil, ignoring the extremities of Guantánamo Bay, or the recent assassinations of four American citizens by their own government, all of which are based on the same tactics of intelligence-gathering and spying causing this week’s anger. These violations against Muslims, however, have not caused the same uproar as we today witness.

To be fair, there have been some protests, by the likes of Glenn Greenwald, who now leads the charge against this latest case of security services gone wild. Greenwald and certain others cannot be faulted therefore on consistency.

However, the intensity and popularity of these current protests are entirely disproportional to the revelations faced when compared to their prolonged use against Muslim and other communities. People are now outraged at the potential that their private conversations are being watched. Well, let me again welcome you to the world of a Muslim, where that fear is not a fear but a common reality.

Muslims do not simply fear that they are under surveillance; they know it – and even when it’s not true. The psychology induced by the fear and knowledge of being constantly watched is crippling. It produces a modality of submission to the violence of authority and acceptance of the excesses of state power, of the sort now being protested by many. This is no doubt difficult for those with a privileged status to understand, but for many minority groups it will sound all too familiar, as will the accusations of derailing the conversation that will no doubt ensue.

Indeed, many minority communities have long ago lost their supposed "right" to privacy, and have lived with the daunting specter of excessive surveillance and over-policing for a prolonged period. The extreme over-representation of people of color in prison systems and crime statistics is clear testament to this inconvenient fact.

One must ask then: On what basis is this outrage being justified now if this has been a common occurrence for numerous other communities?

This is not a case of trying to capitalize on a popular movement in order to highlight a particular cause. As mentioned, the fight against the pervasive powers of security services is a commendable one, and one that ought to be supported. Rather, this is about acknowledging the underlying, unwitting racism fueling such causes and thereby suppressing the causes of those less-privileged. It is about recognizing our present reality, which many activists, such as Martin Luther King Jr., realized long ago: namely, that the cause of justice may only proceed when white interests are being threatened.

The outrage in this case appears to be less about the fact that rights are being trampled, and more to do with the fact that “normal” people are now also subject to their trampling. This suggests an acceptance of the suspicious nature of Muslims and other minority groups, but outrage at the fact that innocent “average Americans” could suffer the same fate. Perhaps it’s time we remember that, in the face of government power, we are all as secure as our most oppressed. It’s only a matter of time.

Mohamad Tabbaa is a PhD Candidate in Criminology & Law at The University of Melbourne.