Turkish prime minister: "Troublemakers" will be removed from park 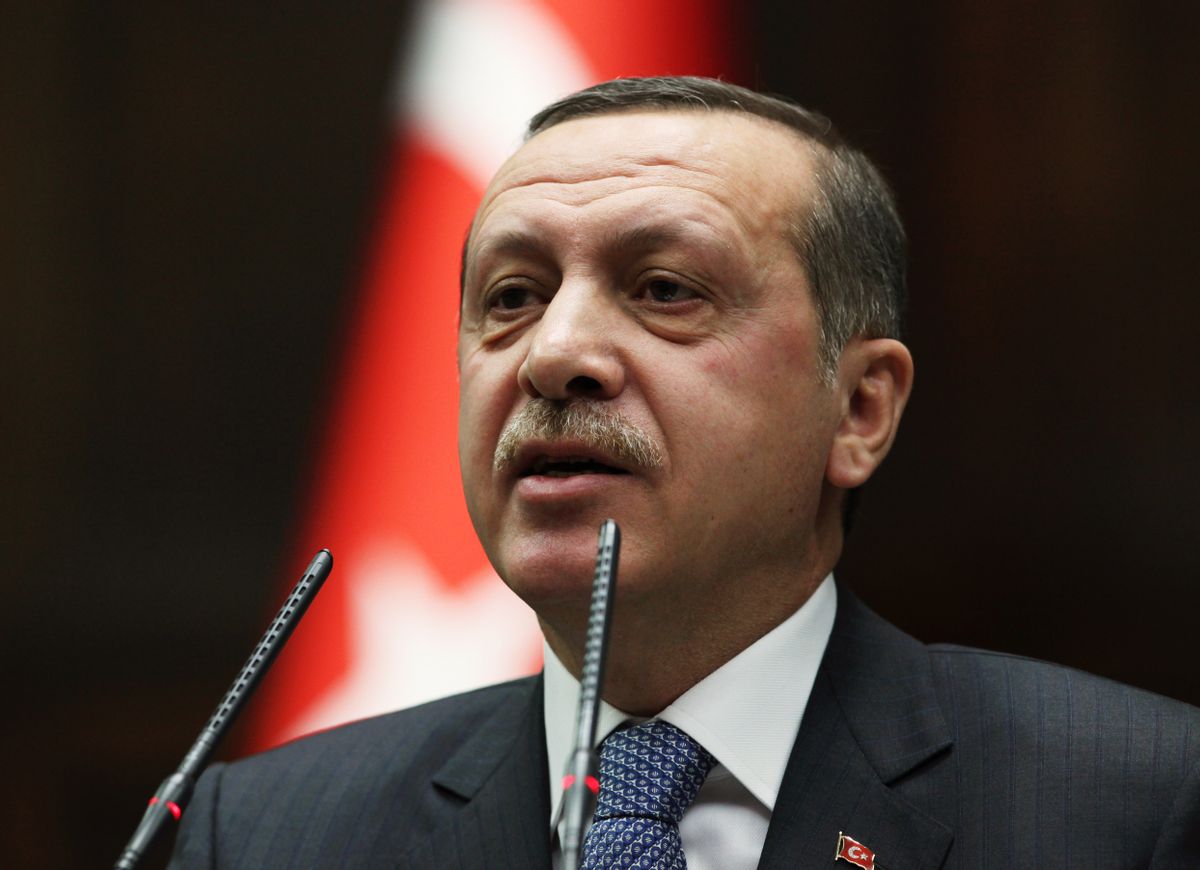 Ratcheting up his defiant tone, Prime Minister Recep Tayyip Erdogan appears determined to end two weeks of protests that have put an unflattering international spotlight on his Islamic-rooted government and its handling of the biggest street unrest of his 10-year tenure.

Erdogan's comments came a day after his Justice and Development party proposed a referendum over a development plan at Taksim Square that has fanned the protests. Police have repeatedly fired water cannons, tear gas and rubber bullets to disperse the protesters; five people have died and over 5,000 have been injured. The government says 600 police were injured as well.

"This square belongs to the people of Istanbul, the people of the whole country, and to all international visitors. So we cannot allow troublemakers to hang around freely in this square," Erdogan told local party leaders. "We will clean the square."

Erdogan also lashed out at the European Parliament over its non-binding motion for a resolution that expressed its concern over "the disproportionate and excessive use of force" by Turkish police.

The EU assembly said it "deplores the reactions of the Turkish Government and of Prime Minister Erdogan" — and accused him of adding to the polarization of the situation.

Just minutes before the legislature approved the motion in a show of hands, Erdogan thundered to raucous applause: "I won't recognize the decision that the European Union Parliament is going to take about us ... Who do you think you are by taking such a decision?"

The protests erupted May 31 after a violent police crackdown on a peaceful sit-in by activists objecting to a development project that would cut down the trees in Gezi Park, adjacent to Taksim Square, with a replica of Ottoman-era barracks.

The demonstrations then spread to dozens of cities, rallying tens of thousands of people each night, and broadened to a protest over Erdogan's overall rule.

Protesters who have camped out in a peaceful sit-in in Gezi Park remained on site Thursday. Their continued presence by the hundreds has served as a base for large numbers of protesters who have congregated by the thousands on Taksim Square — usually in the evening, after work.

Also Thursday, 26-year-old Ethem Sarisuluk — who had been on life support for days — was pronounced dead, according to family lawyer Sema Aksoy. He was believed to have been hit in the head by a tear gas canister June 1 during protests in Ankara, though lawyers were going to sit in on the autopsy to verity the exact circumstances leading to his death.