Dalai Lama: My successor may be a woman 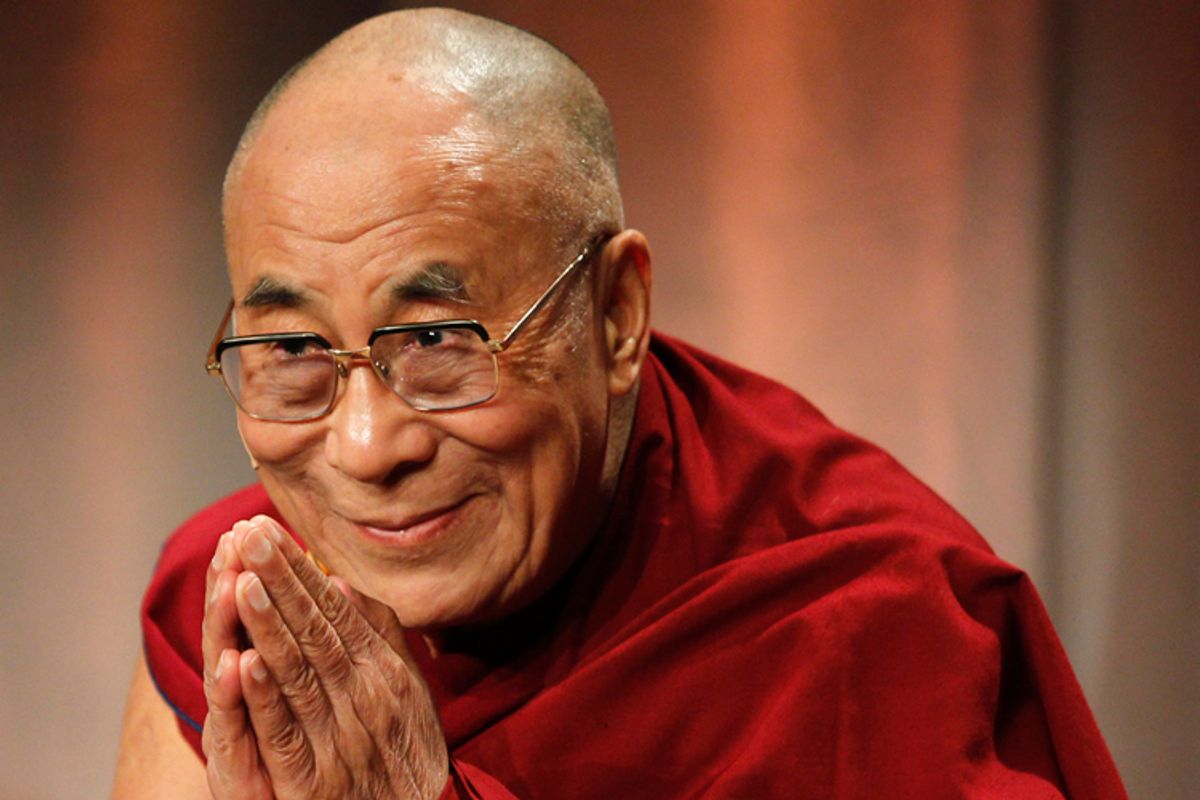 Tibetan spiritual leader Dalai Lama says the world is in the midst of a "moral crisis" of inequality and requires compassionate leaders -- particularly, female leaders.

“In that respect, biologically, females have more potential. Females have more sensitivity about others’ wellbeing. In my own case, my father [was] very short tempered. But my mother was so wonderfully compassionate,” he told the Australian Associated Press.

Sure, assigning a wholesale biological predisposition to women -- or men, for that matter -- is problematic. Essentialist thinking is all too often used to justify keeping women outside the halls of power or to explain away the violence committed by some men as being rooted in "nature," and the research on whether women are more empathetic than men is complicated and often contradictory.

But his comments still bring much needed attention to gender parity in governance and compassionate leadership more broadly, which are both really good things.