Backed by reformists and a growing number of conservatives, Hassan Rouhani has made a last-minute jump in the polls 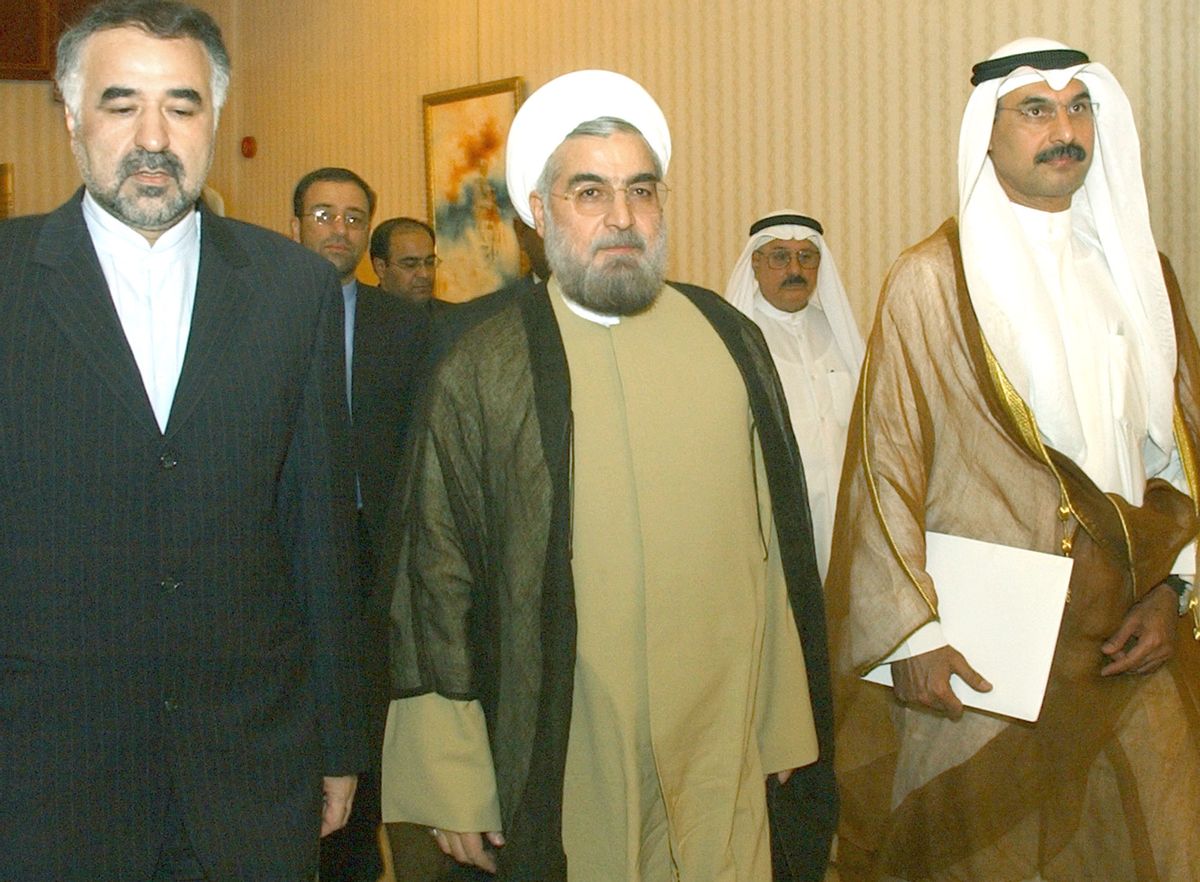 TEHRAN, Iran — Polling places at schools and mosques in the Iranian capital were crammed today with voters in what has become a surprisingly competitive race to replace Mahmoud Ahmadinejad as the nation’s president.

The campaign pits three major conservatives against a candidate supported by reformers and moderates, with six total contenders handpicked by the country’s premier religious and political authority.

"I voted for Hassan Rouhani," said Ali Shokrzadeh, a blue-collar worker at a polling station in south Tehran. Despite having largely voted for conservative candidates in the past, a number of people in this poor and working class section of the capital also expressed support for Rouhani.

A moderate, Rouhani made a last minute jump in the polls as reformists threw their weight behind him, and because some conservatives say he appeals to them, too.

"I expect him to create more jobs," said Shokrzadeh, who decided to vote for Rohani since the election campaign began several weeks ago.

At the same poll, homemaker Leila Chamyani said she would vote for conservative Mohammad Baqer Ghalibaf, who is the current mayor of Tehran. Supporters say they see him as carrying forward the populist programs of Ahmadinejad.

"He cares for people," she said, adding that Ghalibaf built parks and roads in the poorer areas of south Tehran.
If no candidate receives 50 percent plus one vote in today’s polls, a run-off will take place on June 21.

None of the six candidates offer the kinds of criticism of Iran’s political and economic systems made by the reformist contenders in the 2009 presidential elections. All of those running for the presidency today call for the removal of US sanctions — but not for Iran to change its own position on nuclear power. Neither have they offered specific prescriptions to end high inflation and unemployment.

Still Iranians appear to be voting based on personality, religious beliefs, and the hope for change.

Both reform and moderate forces have rallied in the past week in favor of Rouhani, which may increase voter turnout. Analysts expect high voter participation.

"Despite all the people's complaints, they will not ignore their government," said Elyas Hazrati, general manager of the daily newspaper Etemaad. "They will vote."

The race shifted gears earlier this week when the only reform candidate withdrew in favor of moderate cleric Rouhani. Green Movement reformists, who were brutally repressed after the 2009 elections, joined with moderates to back a single candidate.

"Rouhani has diverse support," according to Mohammad Marandi, an associate professor at Tehran University's Faculty of World Studies. "He has conservatives, a large segment of mainstream reformers and the greens."

Saeed Jalili remains a favorite in Iran's rural areas and among religious hardliners in the cities. Hamid Sheidaee, owner of a store selling religious items, said he voted for Jalili because Rohani "will allow absolute freedom in Iran, even opening brothels."

"He will make the US change its view," said Reyhaneh Ashraf, a Velayati supporter interviewed at a campaign rally.

Preliminary voting results are expected to be announced on Saturday.