Mark Sanford to social conservatives: "I am not worthy" 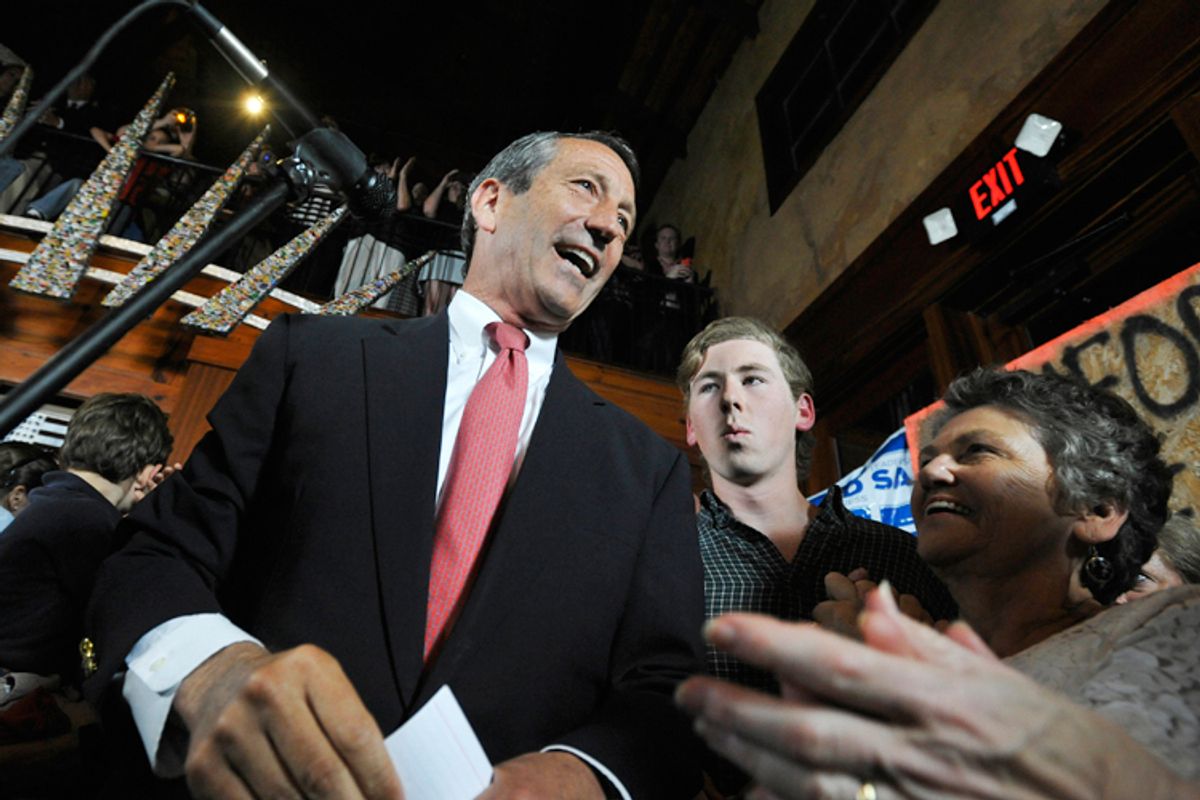 Recently elected South Carolina Rep. Mark Sanford told a group of social conservatives in Washington today that he felt unworthy of speaking to them, given his extramarital affair a few years ago.

"I recognize the ways in which I am not worthy of offering my opinion and my perspective to you on a whole range of things due to my failures in 2009," Sanford told the crowd at Ralph Reed's Faith and Freedom Coalition Road to Majority conference. "That's why when Ralph originally called and asked me to come, I originally declined."

But Sanford said that after speaking with a confidant who reminded him that he believes in "the God of second chances," Sanford said he realized that he had to speak out at any opportunity.

The crowd seemed to be on his side, giving him warm applause and refraining from any vocal protests.

It's indicative of the way Sanford has slowly reclaimed respectability and public office after an embarrassing fall from grace. And it's a message the Christians in the room could understand, with their embrace of redemption through humility and the grace of God.

After the balloons fell at the Republican National Convention in Tampa last summer, Sanford could be found on the floor apologizing to members of the South Carolina delegation who came and spoke with him. Asked by a reporter if he really thought he could make a comeback, he immediately addressed the elephant in the room, said he learned his lesson and that he's now humbly asking for forgiveness.

And despite the crowd's Christian-right family values, social conservatives are often willing forgive one of their own, whether it be Newt Gingrich or Gary Bauer or others. If Sanford were a Democrat, like Bill Clinton, for instance, it might be a different matter.