Thursday's "Colbert Report" was reportedly canceled in light of her death 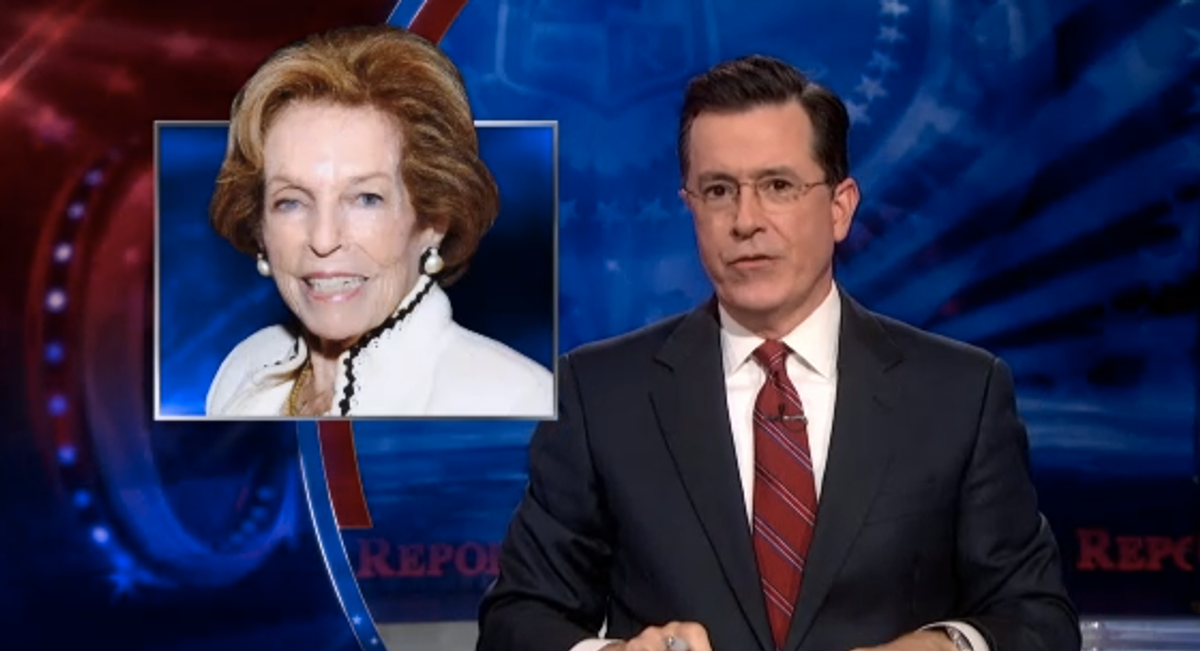 Lorna Elizabeth Tuck Colbert, mother of satirist Stephen Colbert, died on Wednesday at age 92. Her obituary in the Charleston Post notes that "In addition to being the matriarch of a family of 82, Lorna Colbert was an accomplished artist, a church leader, a businesswoman, a supporter of the arts and a woman whose profound faith was apparent in her daily life."

According to Third-Beat.com, Lorna Colbert died one hour before the Wednesday night "Colbert Report" episode featuring Sir Paul McCartney. Thursday's episode was canceled in light of the death, though no official statement has been released.

"The Colbert Report" went on hiatus for a week last year when Mrs. Colbert was ill; upon the show's return Colbert said of his mother, "Evidently, having 11 children makes you tough as nails. Confidential to a lovely lady."

In November, the comedian honored his mother on her 92nd birthday: