State truancy laws impose fines and jail time on late or absent students, possibly in violation of the Constitution 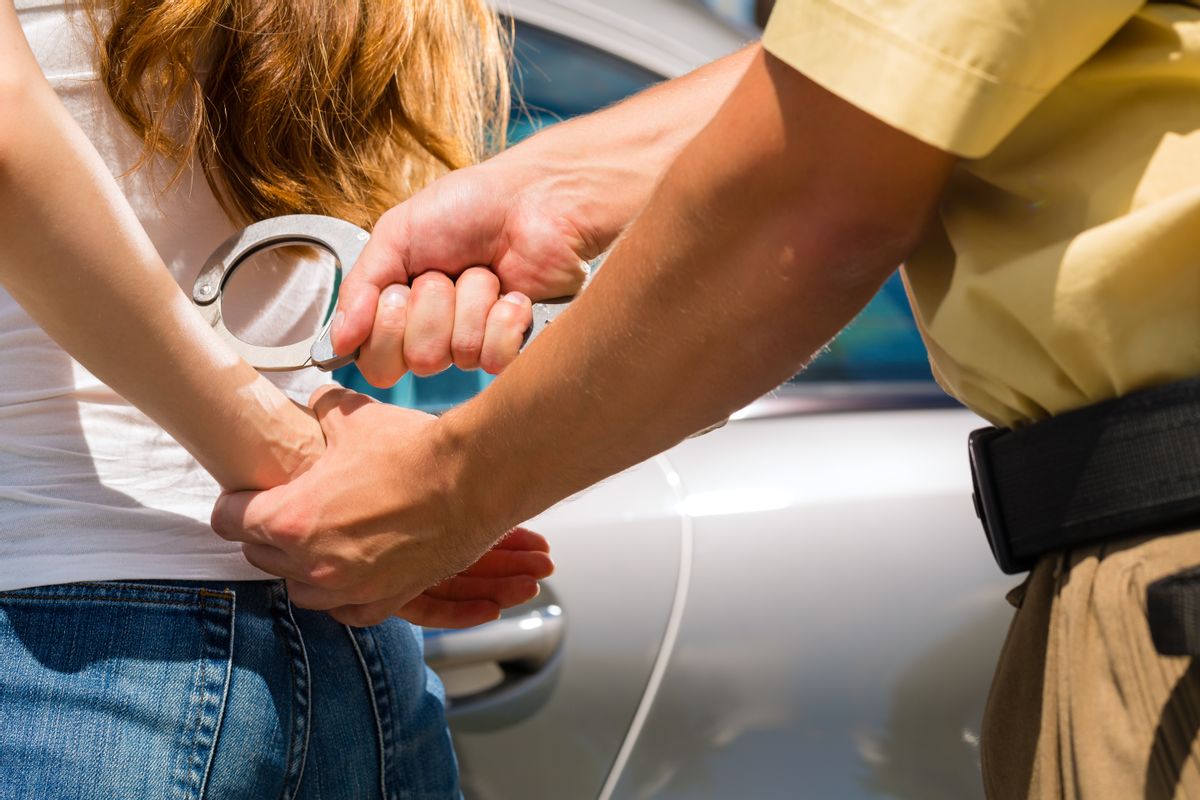 June 12, 2013: This story has been updated with Judge Clay Jenkins's comment and full statement, as well as the Mesquite school district statement on its website.

School tardiness and absences come at a high cost in Dallas, Texas. Gone are the days of detention and writing lines on the chalkboard; now students are fined, even jailed.

The enforcement of the state’s truancy laws, which were strengthened substantially in 2003, have led to a range of abuses, according to a complaint filed Wednesday with the U.S. Department of Justice:

The complaint, filed by a coalition of advocacy groups for young people and the disabled, targets the Dallas, Garland, Mesquite, and Richardson school districts in Texas and urges the Justice Department to force reforms and “declare the practice of criminally prosecuting children as adults for truancy” a violation of their constitutional rights.

For their part, some school officials, lawmakers, and judges say that the rigid enforcement system has led to improved attendance.

“The Dallas County system offers the best chance for truant students to get back in class and graduate,” said Jenkins, adding that the courts are staffed by attorneys who specialize in juvenile justice issues, and make use of agencies who work to solve the underlying issues behind the truancy of students.

Certainly, the volume of cases has been striking. Texas adult courts in one recent year handled 113,000 truancy cases. Dallas County truancy court alone collected nearly $3 million in fines. It sent 67 students age 17 and older to jail because of truancy violations, and 53 students younger than 17 to juvenile detention centers. (Statewide records were not available.)

The complaint asserts that the program unfairly targets minorities and underprivileged students, and routinely puts youngsters in jail rather than keeping them in school.

Texas, like many other states, has been struggling with truancy issues for years. To combat the problem, the state legislature has passed a series of laws to stiffen penalties for absent and tardy students. In the 1990s, the legislature designated “failure to attend school” as a Class C misdemeanor, which meant that children could be tried as adults for missing school.

Texas state law now requires schools to report students to truancy court when a student has 10 or more unexcused absences within a six-month period. The complaint says that when students appear in court, they are often pressured to plead guilty and accept fines of anywhere from $80 to $500 rather than go to trial, pay additional court fees, and risk jail time. If students fail to appear in court or pay their fines on time, they can be arrested and jailed. Wyoming is the only other state in the country with a similar law, the complaint says.

In 2003, Dallas County got even more aggressive. According to the complaint, county officials lobbied the legislature to allow it to create its own specialized court system that would handle only truancy cases. The request was granted and since then four public school districts in the county have agreed to send their truant cases to the specialized courts.

Michael Harris, a senior attorney with the California-based National Center for Youth Law, said each of those school districts are predominantly African American and Latino, but are overseen primarily by white superintendents, and that the specialized court system is overseen by a white judge.

Chris Moore, a spokesman for the Garland school district, said the district has taken several steps to ensure parents are informed of their children’s unexcused absences well in advance of any complaint to the truancy court system. Tim Clark, director of communications for the Richardson school district, said the district always acts within the law in its handling of truants, and said that district officials would cooperate with any federal inquiry. In a statement on its website, the Mesquite school district said it informs students and parents about state truancy laws in the beginning of each school year.

A call to the Dallas district superintendent was not immediately returned. (If the district responds, we will update this article.)

A handful of parents and students interviewed by ProPublica say that the enforcement of the program has turned school grounds into something like a police state, with guards rounding up students during “tardy sweeps,” suspending them, then marking their absences as unexcused and reporting them to truancy court. According to the complaint, charges have been levied even when students have legitimate reasons for an absence, such as a family emergency or illness.

Ashley Brown, a 16-year-old high school sophomore and honors student at South Oak Cliff High School in Dallas, said she missed four straight days of school in December 2012. Her grandmother, who she cared for personally, died of cancer, and she stayed home to mourn her death. She was also suspended twice for three days, once because she got in a fight, and another time because she was late to class.

Brown was eventually charged with 10 unexcused absences, even though Brown’s mother sent the school the grandmother’s obituary, and suspensions are supposed to be counted as excused absences under state law.

“To an extent, I do believe if a student is continuously truant, sometimes fines help solve a lot of that,” Collins said.

Others haven’t been as successful as Brown in disputing their truancy charges.

Roddi Ann Schoneberg, a 40-year-old former pre-school teacher and mother of three, said she struggled mightily to get her children to school on time after her mother suffered a stroke late in the summer of 2011.

Her children, two of whom she says are autistic, were traumatized by the experience and often went into tantrums when they were supposed to get ready for school in the morning. Overwhelmed by her children’s behavioral problems and her responsibilities toward her ailing mother, Schoneberg said she brought her elementary-school-aged children to school five to 10 minutes late roughly 20 times in the first half of the 2011 school year.

She said her children’s elementary school in the Richardson school district reported each late arrival as unexcused, and in December 2011 she received a notice to appear in court. School administrators refused to help her, she said.

Schoneberg said she intended to contest the charges, but ultimately succumbed to pressure from court officers and a county prosecutor and pleaded guilty. She was told that if she wanted to contest the charges at trial, she’d be liable for court costs no matter the outcome. The complaint alleges that Schoneberg’s experience is not unique; it says the truancy court doesn’t provide legal counsel and frequently threatens children and their families with jail time in open court, thus encouraging people to plead guilty rather than go to trial.

The county prosecutor initially tried to fine her $2,600, but Schoneberg said the judge decided to reduce it to $609. She had to return to court on five separate occasions to make payments.

The policy, according to the complaint, can be especially hard on special education students and the disabled, who often miss school because of their physical or psychological issues.

The complaint also describes the plight of a high school student who has asthma and chronic respiratory problems. It says the student sometimes needs to be out of school for days at a time to be closer to her medical equipment at home.

Over the course of the 2011 school year she had several multi-day absences caused by her health problems, and on two occasions she forgot to turn in a note from her mother explaining why she was away. She was ultimately convicted of failure to attend school and paid a $100 fine and $77 in court costs.

Her lawyer, Dustin Rynders, supervising attorney for a disability rights group in Texas, said the child ultimately missed as much school for the court appearances as she did for her illness.

But the complaint suggests these steps aren’t working: By the time parents are able to reason with school administrators and get them to understand why their child was absent, it’s too late— the absences have already been reported to the truancy courts through an automated electronic filing system.

“This is an actual school to prison pipeline in terms of how they send kids to adult criminal court for what’s really minor misbehavior,” said Michael Harris, an attorney for the National Center for Youth Law, who said he spent hours watching students get processed by the courts. “Research shows that once they go to criminal court the likelihood that they’ll be swept up in the justice system again increases greatly.”

Harris and his fellow attorneys hope that the Justice Department will use the complaint as a roadmap to investigate the truancy court system in Dallas and eventually force changes to it.

They make several recommendations, like giving children proper legal counsel and refraining from taking them out of class in handcuffs.

A spokesperson for the Justice Department did not immediately return calls for comment.