What you should know about developing Syria situation 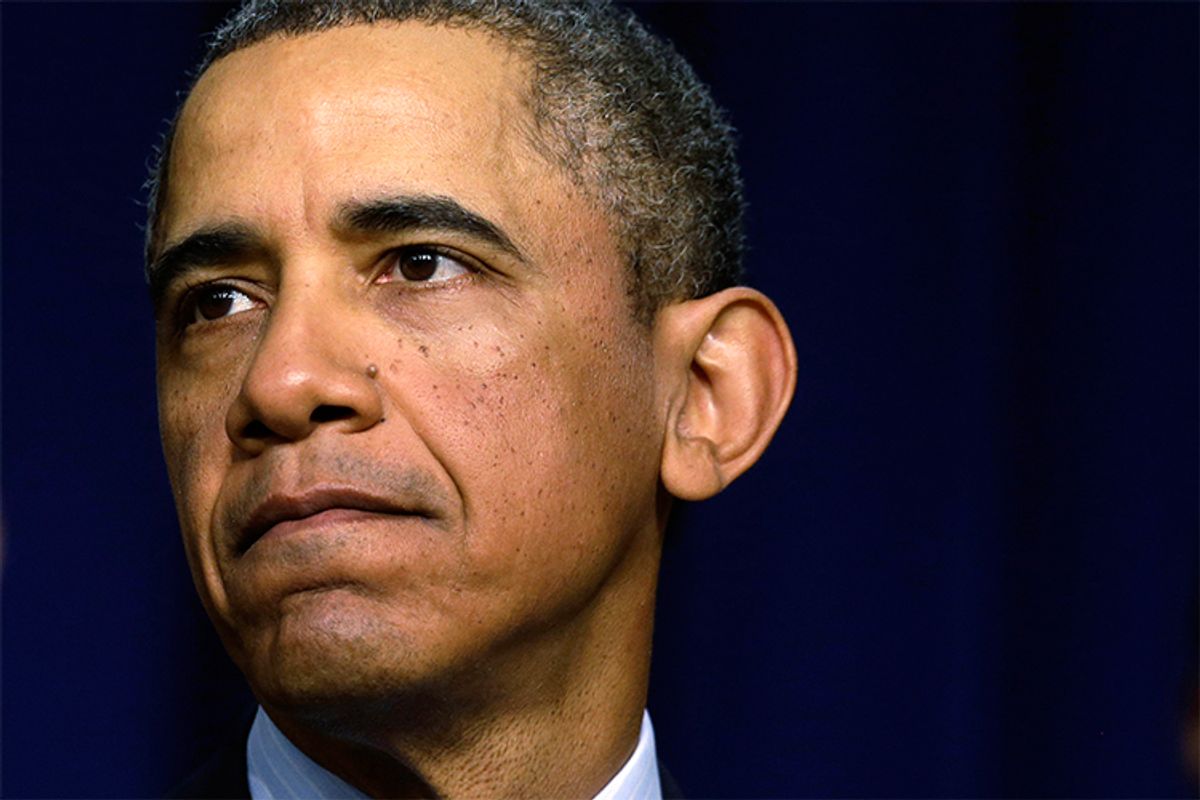 Thursday’s announcement by the White House that it would begin supplying Syria’s rebels with small arms and ammunition represents a modest shift in tactics and by itself doesn’t represent a major strategic shift in U.S. policy on Syria, contrary to the conventional wisdom.

The initial commentaries sparked by this public statement demonstrated a major shortcoming in our discussion on Syria for months – a heavy fixation on tactics or means to achieve objectives, without much reference to the overall strategy with all of its components. At times it seems as if a “no strategy” zone has been imposed on the U.S. policy debate on Syria.

Here are the three main reasons why the announcement on arming the rebels doesn’t by itself represent a major shift in strategy:

First, it is unclear precisely what the United States is going to giving the rebels directly that it already hasn’t been helping provide them in some fashion over the last few months. In his statement to the media yesterday, President Obama’s deputy national security advisor Ben Rhodes avoided detailing exactly what this announced new assistance entails, saying, “I guess what I’m saying today is I can’t go through an inventory of the type of assistance that we’re going to provide, but suffice it to say it’s going to be substantively different from what we were providing certainly before our initial CW [chemical weapons] assessment in April.”

But the United States has already been engaged in some fashion in efforts to facilitate arms transfers to Syria’s rebels for several months now. As the New York Times reported earlier this spring, the CIA has been involved in arms shipments from places like Croatia to Syria’s rebels supported by Arab governments and Turkey. The United States is now saying it will be overtly engaged in efforts to supply arms to rebels, but it remains unclear how much impact these shipments might have on the military balance of power on the ground, above and beyond what has already been provided, as several analysts note this morning.

Second, the administration still seems reluctant to shift on another tactic some have proposed for the U.S. strategy on Syria – no-fly zones or safe zones. As top U.S. military officials and several analysts have pointed out, a no-fly zone is easier said than done when it comes to Syria given the air defenses the country has, the complicated region where Syria is adjacent to key countries, and the reluctance of some of Syria’s neighbors to support U.S. and Western direct military engagement there.

Third, the Obama administration’s strategy ultimately remains focused on a political settlement, as Rhodes reaffirmed in his exchange with journalists. Rhodes defined the U.S. objectives as “achieving a negotiated political settlement that establishes an authority that can provide stability and administer state institutions in Syria, protecting the rights of all Syrians and securing unconventional and advanced conventional weapons within Syria while countering terrorist activities.” He repeatedly stressed the need for a political settlement in his comments, which reflects the priority of U.S. policy.

So the overall cautious posture of the Obama administration on Syria that I described last month for Salon remains in place – focused on achieving a political settlement and seeking to avoid deep, direct military engagement in Syria.

The decision by the Obama administration to publicly state it would arm Syria’s rebels was ostensibly linked to the confirmation by the U.S. government, after months of investigation, that the Assad government used chemical weapons against its people. On this matter, the United States lagged far behind several other countries around the world who had come to this conclusion several weeks ago.

But the reality is that the use of chemical weapons doesn’t seem to be the main issue driving this decision to announce overt support to arm Syria’s rebels. Other factors are likely motivating this tactical shift -- the recent gains on the ground by the Assad government, new threats that it might seek to take back full control of areas like the city of Aleppo, and the growing talk that Russia had played the United States for a fool this spring – leading to discussions of a second conference at Geneva to seek a political solution, while quietly bolstering Assad’s military campaign against the rebels. All of these dynamics quite likely motivated the administration’s decision, rather than simply confirmation of the chemical weapons use.

Ending the conflict in Syria will require a broad range of tactics cohesively integrated in an overall strategy – which is why the stovepiped debates evaluating the separate merits and drawbacks of no-fly zones, arming the rebels and possible peace conferences in and of themselves are incomplete and don’t take us far. Rather, the discussion should look at the full range of tools the United States is employing and whether they add up to an effective strategy that achieves the goals of ending the violence, reducing the risks to regional instability and advancing an orderly transition in Syria.

More than two years into the conflict, U.S. policy on Syria remains tentative and reactive to events. The Obama administration has sought to avoid a collapse of the state while promoting a transition from Assad. Thus far, the strategy is achieving the reverse outcome – Assad is still in power, and the state continues to collapse. It remains to be seen whether this new tactical shift on arming the rebels will move the administration closer to its stated goals of a political settlement or deeper into a civil war that risks sparking a wider regional conflagration.

Brian Katulis is a Senior Fellow at American Progress, where his work focuses on U.S. national security policy in the Middle East and South Asia.