The Starks and Lannisters are flights of fancy, but the world of Westeros is lifted directly from the history books 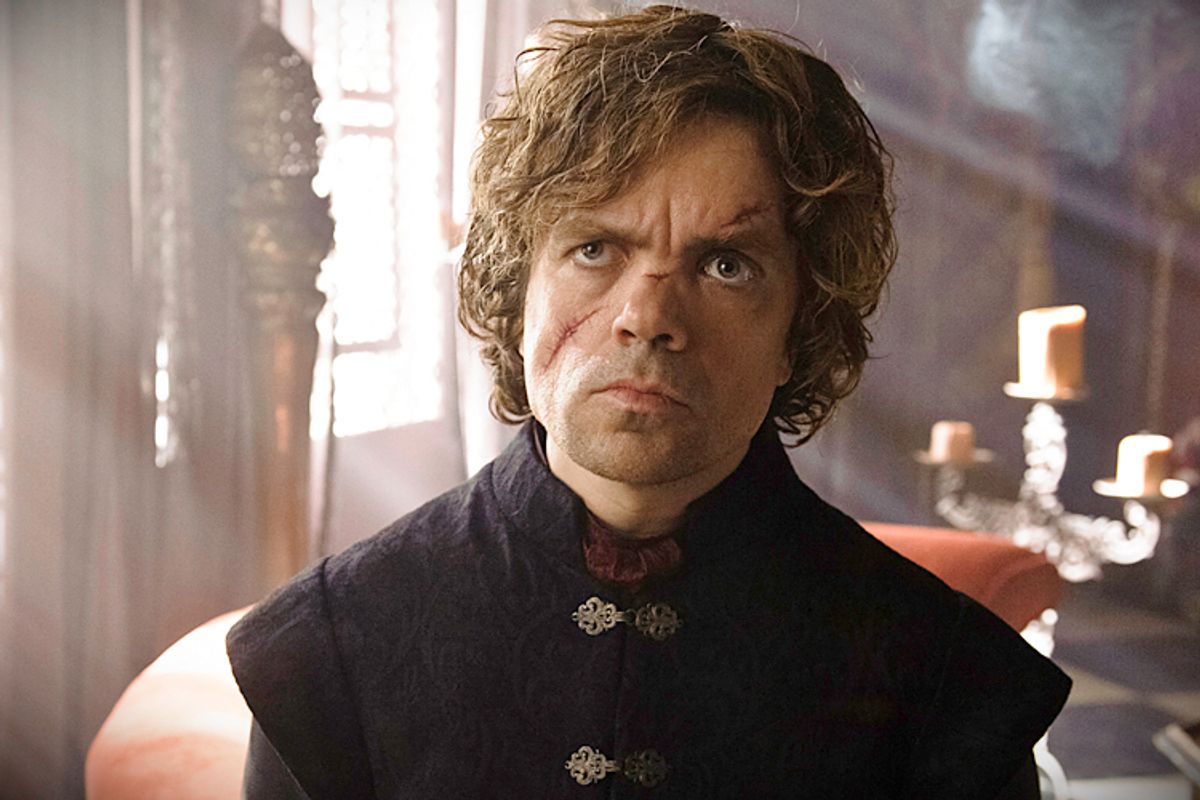 In the interests of not kindling another salvo in the eternal war between those who read the books and those who unimaginable vulgarity removed by editor have decided not to, this is a spoiler warning. This article is intended for book readers.

George R.R. Martin has always drawn deeply from history in A Song of Ice and Fire. From thinly veiled Mongol hordes, to Hadrian’s Wall carved of a few hundred feet of ice, to Greek Fire and the mighty harbor chains of medieval Constantinople. And he has admitted that the War of Roses in particular provided the germ of the story, the conflagration of Lancaster and York mapping onto Lannister and Stark. As such, it’s entirely appropriate to look to history to consider the direction that the overall story is moving towards.

Martin returns repeatedly, but with an ever light touch, to the condition of the common people. Those poor bastards who are raped, scourged, burned out, and murdered for a lark while their betters gallivant about. Even in the attitudes of the nominal good characters, those indomitable Starks, the impression of the common folk reminds me of a scene from The Once and Future King, in which young King Arthur when asked to recite the number of dead in a battle, can only recall the number of knights killed and wounded. The thousands of peasants pressed into service as fodder, massacred en masse if unfortunate enough to be on the losing side, are totally invisible to his sight.

In Martin’s works, the masses are at worst annihilated, usually just forgotten, and at best pitied by the great and powerful. At no point do any of five kings in their planning, or any of the great lords puzzling out with whom to cast their lots, or even Dany across the sea, ever ponder what the best outcome of the war would be for the commoners. All that matters is who sits atop the heap, whether they are motivated by power, revenge, righteousness, or honor. The people are simply not part of the equation, being nothing more than part of the landscape over which they are fighting.

But this is not a criticism of Martin’s story, nor of an insistence on overlaying modern morality on a medieval tale. Instead, I think this is the very crux of the story that Martin is laying out for us.

He does not call that first novel Game of Thrones like the television series or the definite The Game of Thrones, but A Game of Thrones, and that single letter, that little indefinite article forgotten in the title of the television series bears an enormous weight. That letter warps the title from somber and powerful into a sneer. It’s an ironic title, a dismissive one that brings to mind the old English saying “bugger that for a game of soldiers”. The Game of Thrones in question is not significant enough for the definite article, being just the latest in an endless series of them, none of which distinguish themselves anymore than the last.

But all through the story, Martin seeds allusions to the People, that mythical entity with a capital letter that transforms the people into a force to be reckoned with. Viserys believes that the people sew dragon banners in secret, hoping for their true king to return. Arya sees first hand more than any that the people live in fear of all sides, that their lives are suffering regardless of who happens to ride through, who happens to win, who happens to lose. And the Brotherhood without Banners occupies a central place, staking that position of fighting for the common people.

Our old friend the Onion Knight, and of course it had to be Davos, raised from common stock, makes the argument that the true king should defend the kingdom and its people. And he goes to aid the Night’s Watch, who alone among any of the fighting forces in the world, is composed entirely of the detritus of the world. When Jon Snow brings the Wildlings across the wall, it’s with the idea of using them to both settle and be an army many times bigger than any that can be mustered by the Night’s Watch itself. They are a people who have chosen their own king, a people who fight because they want to.

In King’s Landing, the People rise in riots and in the later novels become the force behind the religious resurgence, of the church seizing unprecedented power in the face of the nobles. Dany becomes a true queen on the other side of the world not through blood or destiny, but by the simple and powerful expedient of winning the hearts of her soldiers. Ramsay’s marriage to the false Arya, and the warnings that her sobbing is the greatest threat to the Boltons in the North is another seed.

All of these bits and pieces seem almost beside the point of the overall story, they’re the little things happening on the side while we wait for the big battles and epic betrayals. But I think that all those things that we think of as the major events are the ones that are actually almost beside the point. Martin has deftly maneuvered us to love these Starks, and even these Lannisters, so that it cuts more when they fall, but fall they will.

I believe he has every intention of killing off the leaders of everyone who has ever sought power. Every would-be king, every jumpstart lord. Every one of them will die before the end, whether they are the nominal good guys or not. Because Martin is writing not about a battle between good and evil but about the death of an era, about the destruction of the old order in the face of the new. Some few will doubtlessly survive, but it will be those who are humble, those who are willing to give up power. Those bastards and dwarves who turned aside from the temptations of power.

What Martin is building towards is the democratization of warfare. Towards a hundred thousand men marching because they believe instead of ten thousand marching for power. It’s one of the monumental turning points of history, and fits well into the way he has tapped the past for story. It came to its first realization with Napoleon. In an age when large armies might be fifty thousand men, he invaded Russia with a half million, lost every single one of them and then raised another army virtually overnight. Crushed once and sent to exile, he escaped and returned to France, gathering another army as he rode north.

It’s a historical process that requires identity, requires the people to believe that they are part of something more. Peasants are forged into nations and they fight not for Lannister or Stark, but for the one they see as their own. It’s not a panacea, not a solution to the ails of the world. With the mobilization of the masses comes more suffering than ever before, but it also holds the seed of everything great we’ve managed as well. And that’s where I believe Martin is taking his story.

Steven Lloyd Wilson is a hopeless romantic and the last scion of Norse warriors and the forbidden elder gods. His novel, ramblings, and assorted fictions coalesce at www.burningviolin.com. You can email him here and order his novel here.