My first Father's Day without my father

I take some solace in the idea that my parents are "reunited." But that doesn't make this holiday any easier 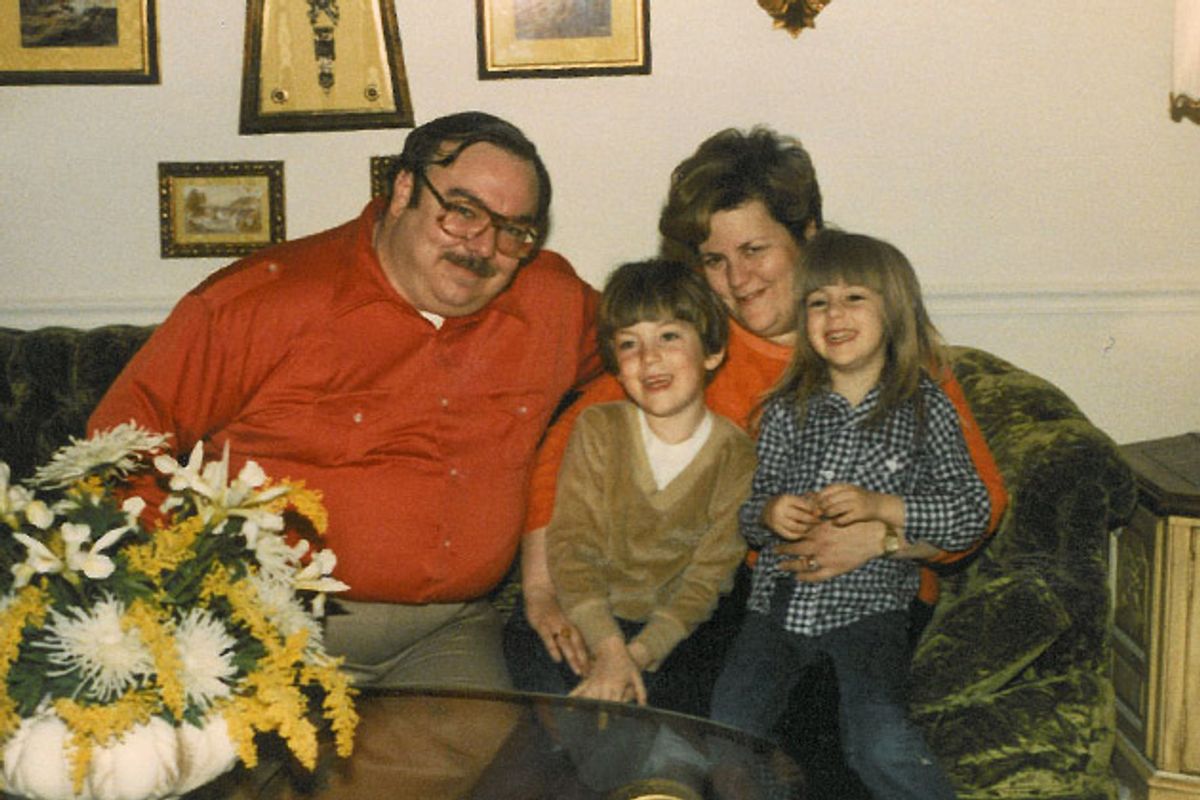 My sister and I took our positions in the funeral home's family room and greeted hundreds of mourners who had come to pay their respects. Everything seemed as it had four months earlier at our mother's funeral. The ubiquitous tissue boxes. My navy pinstriped suit. The ripped black ribbon, a Jewish tradition, affixed to my lapel.

But this time, we were accepting condolences after the death of our dad, who stood next to us such a short time before.

It's hard enough to lose one parent. Losing two within months is incomprehensible. When I left my parents' Michigan apartment last month, I couldn't believe it would be for the last time. I've replayed phone messages so that I could hear their voices again. And each morning, I look at Dad's watch on my wrist, thinking it should be on his.

As I've mourned my parents, I've been struck by how many stories I've heard about husbands and wives dying soon after their spouses. One of my high school teachers lost both parents within a year; so did a journalist friend in Los Angeles. My rabbi told me his parents died only months apart.

My mom buried both of her parents within the same week in April 1979, when I was 5. My zaydee died first, unable to fathom life without his wife, who lay dying in the hospital. My bubbe died during his funeral two days later.

I wondered whether there was more to this than coincidence, and sure enough, there's a well-documented "widowhood effect." Those who lose a spouse are about 40 percent more likely to die within six months than those with living spouses. The effect has been found in a host of countries, across a range of ages, in widows and in widowers – though men are more likely to die soon after losing spouses than women are.

S.V. Subramanian, a professor of population health and geography at Harvard University, co-wrote a review published in 2011 that looked at more than a dozen studies on the effect. "We never say that grief is a disease," he told me. "But what some of this research is showing is that at older ages, grief can make you more vulnerable to mortality."

Subramanian said his uncle's parents died within days of one another.

There are a variety of theories about why this happens. Perhaps it's the emotional toll – the grief that accompanies a broken heart. Perhaps there's a practical explanation – a wife or husband may have provided support in the form of reminders to take medication. Perhaps it's that a surviving spouse may be less active and feel less of a sense of responsibility after a partner is gone, contributing to a decline in health.

For my dad, in subtle and not-so-subtle ways, his heartbreak was evident from the start. I'd never seen him cry as he did in the minutes after we disconnected the ventilator keeping my mother alive back in January. He typically kept his emotions well contained, and it was agonizing to watch him overcome by grief.

"My sweet, sweet wife of 42 1/2 years has just passed," he wrote on Facebook hours later. "She was a wonderful wife, mother, and grandma. There is a hole in my heart."

Then he stopped talking about it. He changed topics when my sister and I asked how he was coping. Instead, he talked of moving to the Jewish senior apartments, going on a dialysis cruise, starting a new business, visiting our family in New Jersey.

My dad's health problems may have caught up with him even if my mom hadn't died. He had heart disease, diabetes, renal failure and congestive heart failure. Last summer, his heart stopped and he had to be on a ventilator, but he pulled through.

Whether by coincidence or not, his health began to slide further after my mom's death. He fell in the bathroom and cut his foot, a problem for diabetics like him. When the toes didn't heal properly, he had to have them amputated.

He joked that he and his toes had had a good run and wondered if the toe fairy would come for a visit.

My father maintained his humor even on the morning of his death. When my sister called to ask him, "Who's the best dad in the world?" he responded, "I don't know, but when you find him, can you have him give me a call so I can get some pointers?"

I can't help but think about the pain behind that facade – how much he missed my mom, the woman he shared his life with and relied on for more than four decades.

In the end, I was relieved that my sister and I didn't have to decide whether to disconnect life support, a decision that caused so much anguish and pain in my mom's final days. My dad died quickly: He went into cardiac arrest and could not be revived. He was 68.

There's some solace in the idea that my parents are together again. But that doesn't make this Father's Day any easier.

I'll cherish the time with my wife and kids. We'll probably go for bagels, as we do every weekend, and maybe we'll head to the Jersey Shore. I wish that I could share the day's highlights with my dad. I want to tell him that his 6-year-old grandson has learned how to play checkers (and is actually decent) and that our 3-year-old is building symmetrical Lego spaceships. I want him to know that the baby boy my wife is expecting in November seems to be doing well.

Could I have made more of my time with my parents? Will my children remember them? How I can live a life worthy of their legacy? If I can be as kind and generous a parent as they were, that will be a start.