From the slums of Mexico to the skyscrapers of Singapore, a sampling of the finest docs YouTube has to offer

By Julia B. Chan 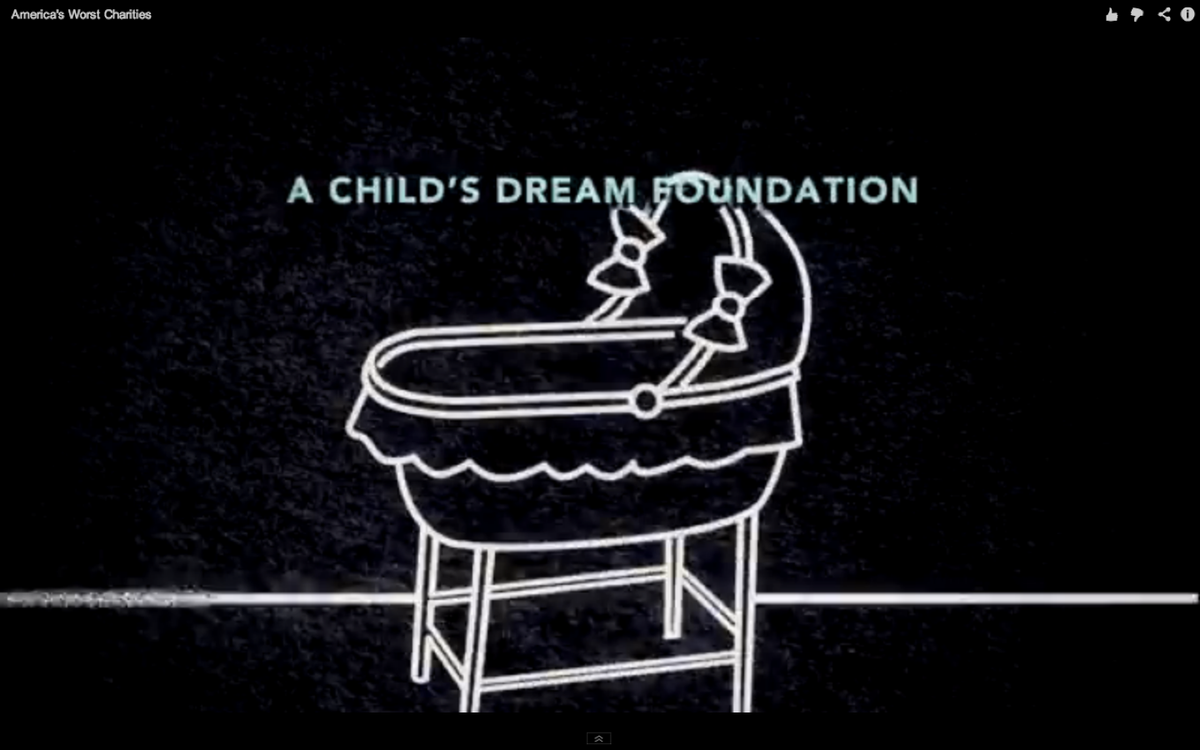 This week’s news provided nonstop action. New revelations about the National Security Agency and our vanishing personal privacy keep coming out. The congressional catfight over immigration reform is underway. The world watched as South Africa reacted to reports of Nelson Mandela’s health. And it turns out that quite a few U.S. charities need a spanking.

So if you’re looking to stay current with the best documentaries and news videos, make sure you’re subscribed to The I Files. We explore beyond the headlines and always come back with great stories – and we do it all without rifling through your browser history. In other words, we have no idea how many times you’ve Googled your ex.

This week, we learned a lot about a certain 29-year-old former NSA contractor, Edward Snowden. Although his name sounds like a character out of “Game of Thrones,” his recent activities read more like a spy novel. Award-winning documentary filmmaker Laura Poitras was contacted anonymously by email in January. The source claimed to have information about the U.S. intelligence community. Luckily, Poitras has experience dealing with the kind of scoops whistle-blowers offer.

Last year, she profiled William Binney, a 32-year NSA veteran who created a program to be used for gathering foreign intelligence but instead was turned on his fellow Americans – a project called Stellar Wind. The mathematician resigned in 2001 and began speaking out about the dangers of domestic spying. Binney is now back in the spotlight, saying Snowden performed a public service when he revealed more about domestic surveillance and the NSA’s PRISM program.

In this New York Times Op-Doc, Binney details how the NSA secretly collects Americans’ personal data and potentially could map out someone’s entire life over time. But where would all this data be stored, you ask? The NSA is building the country’s largest data storage facility in Utah. Binney calculates the facility to have the capacity to store 100 years’ worth of the world’s electronic communications. Just imagine: All of the impulsive selfies you’ve posted on social media might be sitting in a top-secret vault in the middle of nowhere. Scared yet?

“Life in the Deportee Slums of Mexico,” Vice

“They are Mexican citizens, but they’re undocumented in Tijuana.”

As comprehensive immigration reform makes its way through Congress, our next documentary takes a look at the plight of Mexicans deported from the United States.

It turns out that almost half of these deportees are routed through Tijuana and end up staying there, as Vice discovers.

“Tijuana is now a city that only receives deportees,” activist Micaela Saucedo says. “People no longer come from the south to cross the border.”

Vice refers to Tijuana as “deportee purgatory,” a place where they have no identities and no job opportunities. Most try to survive in El Bordo – a name that roughly translates to “the ditch” – a makeshift shantytown tucked inside a dry concrete riverbed where the Tijuana River once flowed.

Did you know that our planet’s population is slated to reach 9 billion by 2050? PBS NewsHour did and spent the last week taking a look at food security, climate change, what we produce and how we eat in a series dubbed Food for 9 Billion. It was a collaborative project of Homelands Productions and The Center for Investigative Reporting.

Reporting from the small, wealthy island city-state of Singapore, correspondent Sam Eaton examines the challenges this region faces in having one of the highest population densities in the world.

“We’re going to reach a tipping point very soon,” says Dickson Despommier, an ecologist at Columbia University, “where traditional agriculture can no longer supply enough food for the people living on the planet.”

In Singapore, as evidenced by the skyscrapers jutting across the city’s skyline, people are forced to expand up rather than out. So by combining ancient technology with a modern twist, Singapore now boasts one of the first commercial vertical farms – pushing the concept of urban farming to new heights.

To give you an idea of the urban nation's food vulnerability, it grows 7 percent of the produce it consumes. Eating local, fresh-picked vegetables is seen as a luxury, and solid greens are imported from as far away as the U.S. or European countries like the Netherlands.

But with the expansion of super-efficient vertical farming systems, things could be looking up for the crowded city.

Warning: Undercover recordings were used in the making of this video.

The Center for Investigative Reporting released a report last week detailing the breadth of deceit among America’s worst charities. CIR teamed up with the Tampa Bay Times for a yearlong investigation rooting out 50 of the worst offenders. These bad charities devote less than 4 percent of donations raised to direct cash aid. Telephone solicitation is big business. Unscrupulous operators collected nearly $1 billion in 10 years – money that could’ve gone to cancer patients, disabled veterans or dying children. So the next time the phone rings, don’t be fooled – watch this short animation closely and keep an ear out for the lines telemarketers use to con you out of your money.

If Africa’s giant pouched rats could make a sign, I’m sure it would read, “Will work for bananas.”

But sign-making isn’t their forte. In Tanzania, these rats have become experts at using their exceptional sense of smell to detect certain threats.

Dr. Javid Abdelmoneim travels to east-central Africa to visit Negussie Beyene and his colleagues at APOPO, whose rats have detected acres of land mines in war-torn African countries like neighboring Mozambique – but that’s just the tip of the iceberg, according to Beyene.

The folks at APOPO have discovered that the native rats are able to sniff out the bacterial infection tuberculosis (TB) as well.

“More than 2,600 patients were missed by the TB clinics,” Beyene says, “but found by the rats and confirmed here.” Since 2008, the rats have improved TB detection rates by 30 percent.

The film raises awareness about TB, a condition that kills 1.4 million people a year and is at the root of the health problems plaguing one of Africa's greatest leaders, Nelson Mandela, in his old age. But this story also has a lighter touch in showcasing the hero rats themselves – in all their pudgy glory – and in the quirky music that plays throughout. And, of course, these super sniffers are saving lives.

“The rats got me better,” says a former TB patient. “I will always remember them fondly.”

By Julia B. Chan

Julia B. Chan is a journalist for The I Files, a project of The Center for Investigative Reporting. The I Files selects and showcases the best investigative videos from around the Web and across the world. Major contributors include The New York Times, BBC, ABC, Al-Jazeera, PBS, Vice, NPR and the Investigative News Network. You can follow Julia on Twitter: @onTheBeat.

MORE FROM Julia B. Chan