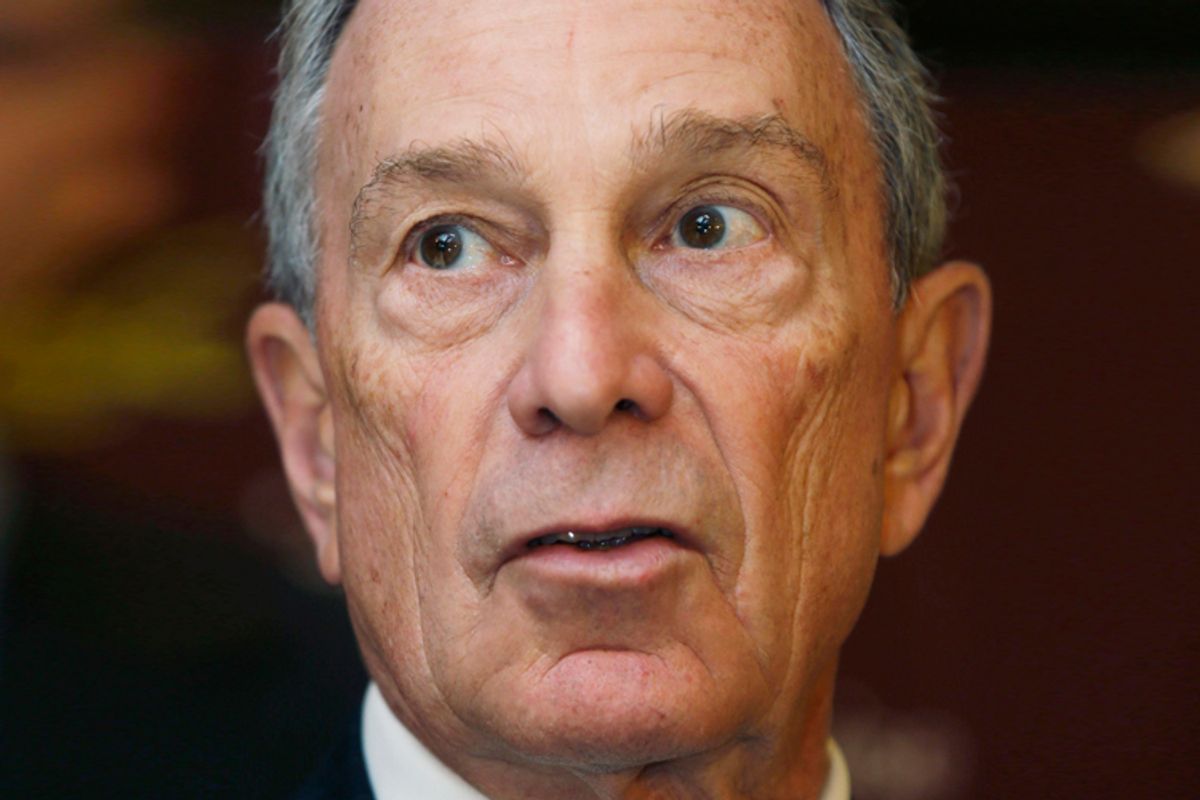 Michael Bloomberg has gotten a lot of attention for his commencement speech Sunday at Stanford University, in which he urged grads to come to New York to pursue tech careers. In New York, he told the crowd, "There’s more to do on a Friday night than go to the Pizza Hut in Sunnyvale. And you may even be able to find a date with a girl whose name is not Siri."

For Stanford's straight male engineering grads, the latter might be attractive. But for those female engineering majors who date men, the availability of hot non-Siri girls in New York may not be much of a draw.

Women made up 30 percent of the undergraduate class at Stanford's engineering school in 2010-11. That's not an insignificant number -- certainly enough that any commencement speaker should presume some female audience (leaving aside for the moment the share of male grads who might prefer to date dudes). Stanford has also turned out a number of high-profile female engineers, from Marissa Mayer to Clara Shih; anyone who thinks the face of Stanford engineering (or engineering, period) is uniformly male isn't paying attention.

At the same time, 30 percent is still too low. Women are a minority in Stanford's engineering classes, as in engineering classes across the country. And being one of just a few women in a classroom full of dudes can be demoralizing, even for the most confident women. So can entering an industry where you're perennially treated like the exception rather than the rule. What doesn't help: a commencement speaker who assumes women are whom you date, not who you are.

Bloomberg is trying hard to bolster New York's tech community, which makes his gaffe all the more unfortunate. Silicon Valley's reputation for diversity isn't great right now, and Bloomberg actually has an opportunity to create a more welcoming environment. But he's going to have to offer more than hot chicks.