ENDA lands support from another Democrat

The legislation now has 51 co-sponsors, but not yet enough to break a likely Republican filibuster 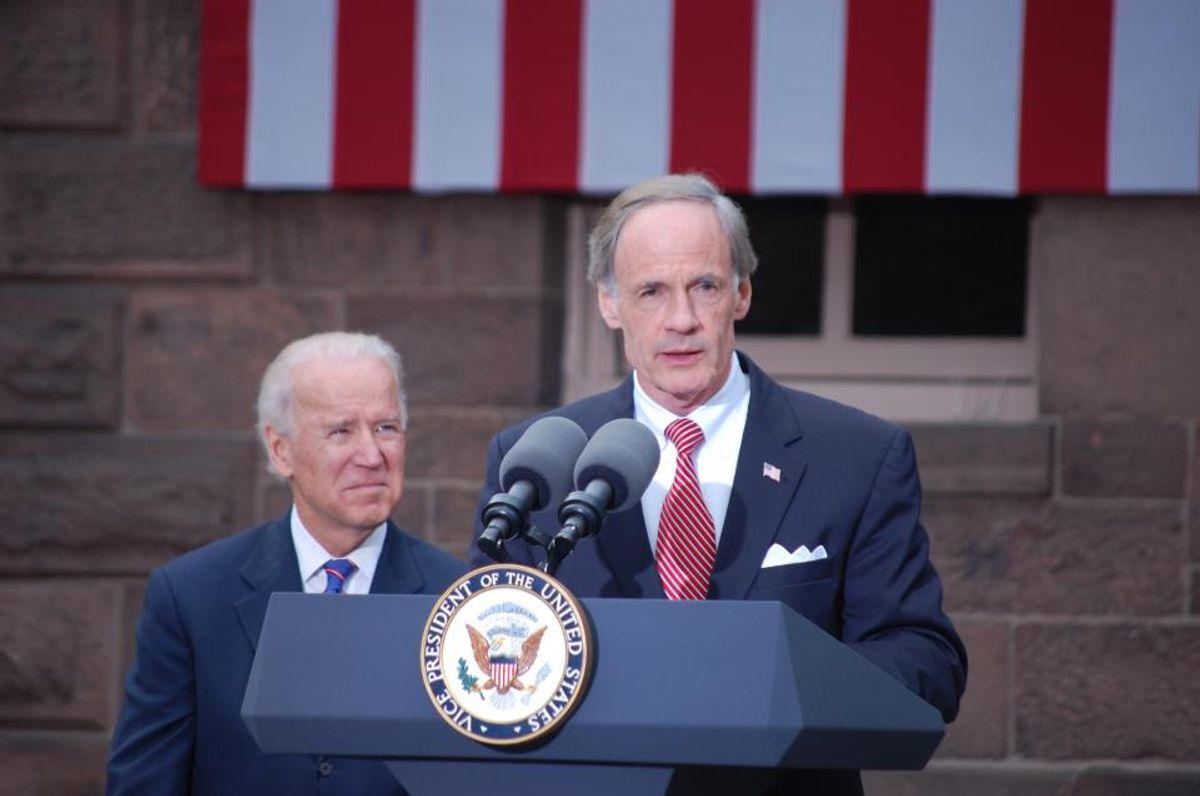 Sen. Tom Carper, D-Del., became the 51st co-sponsor of the Employment Non-Discrimination Act, meaning that legislation to protect LGBT people in the workplace now has majority support in the Senate. Of course, to break a probable Republican filibuster, the bill still needs to reach the 60-vote mark.

"Senator Carper believes it is important for federal law to explicitly prohibit workplace discrimination on the basis of sexual orientation -- in the same way that current law addresses race, sex or religion -- in order to ensure that all Americans are protected equally under the law," Ian Sams, a spokesman for Carper, told the Huffington Post.

Last week, Senate Majority Leader Harry Reid became the 50th co-sponsor -- including Republican Sens. Mark Kirk of Illinois and Susan Collins of Maine -- and has said the Senate will take up the legislation "soon." Only five Democrats -- Sens. Tim Johnson of South Dakota, Bill Nelson of Florida, Mark Pryor of Arkansas, Joe Manchin of West Virginia and Jay Rockefeller of West Virginia -- have not yet signed on as co-sponsors.