Is Turkey ready to join the European Union? 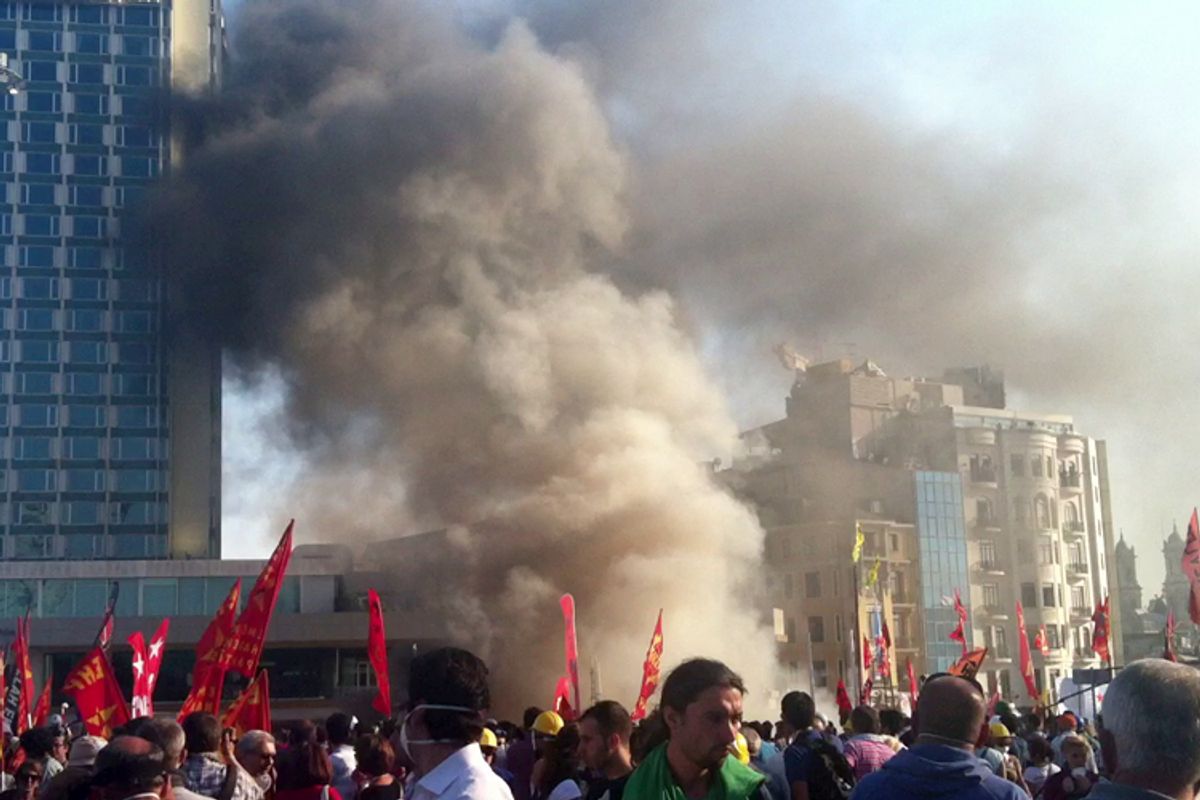 When Yanos Gramatidis, the president of the American-Hellenic Chamber of Commerce, looks west from his homeland, he sees an economically ravaged European Union. To the east, he sees a fast-growing Turkey.

But what he doesn't see are the deadly police protest crackdowns in the streets of Istanbul that have caused many to question whether Turkey is ready to join the bloc of European countries.

“The EU gave Turkey time for reforms before it can come in and live up to EU standards knowing this would take ages,” the Greek official told International Business Times on a recent afternoon in New York City. “But Turkey needs help.”

In other words, if the EU is concerned about the violence between anti-government protesters and police that has left as many as five dead and thousands injured then the best way for the 27-country political union to deal with that problem would be to accept Turkey as a member. That would give the EU the leverage necessary to force the Turkish authorities to show more respect for human rights and more restraint in the face of domestic protests. Such a course of action would offer the added advantage of letting Europe benefit from Turkey's economic vitality.

Gramatidis' view is shared by many. European Union High Representative Catherine Ashton vowed in a statement last week to continue negotiating with Turkey to join the bloc, despite deadly police crackdowns on anti-government protests in the country.

“No one should exceed their limits by accusing the Republic of Turkey of using violence,” he said in a statement released on Monday. “Such allegations by European politicians and especially by countries whose own records are tarnished in this respect are unacceptable.”

Though many who champion Turkish accession point to the country’s recent economic growth in recent years, which has sharply outpaced debt-choked Europe, now in its 19th month of recession, some economists say Turkey's gross domestic product has been “inconsistent.” In the last four years, the country peaked at 6.69 percent growth in late 2009, but has since dipped far lower, most recently reporting a 1.6 percent climb in the first quarter of 2013, according to data from the Turkish Statistical Institute.

“I do not believe the EU would admit Turkey because of its recent (yet fragile) economic strength,” Şevin Ekinci, the founder of the Istanbul-based Ekinci Economics Consulting, told IBTimes in an email. “The first criterion that new EU member states has to satisfy is to achieve stability of institutions guaranteeing democracy, the rule of law, human rights and respect for and protection of minorities.”

He said “several parts of this criterion” should be given pause for concern given the government’s reaction to the recent protests.

“[The current regime] is destroying Turkey’s way into the EU,” Hannes Swoboda, an Austrian social democrat who has sat in the EU parliament since 1996, told IBTimes in a phone interview.

Plus, Turkey’s economic strength would do little to alleviate Europe’s financial woes: Its economy isn’t big enough to bail out the EU’s struggling member states, and the EU, though 17 members use the common euro currency, is not a monetary union.

Photo: Trading EconomicsEconomists say Turkey has had strong, but inconsistent, growth in the years since the Great Recession.

“This is a long-term project – we’re not an economic union, we’re a political union,” Swoboda said. “There are so many problems Turkey has to solve before it can join the EU.”

No doubt, Turkey and the EU are a good match, though the country must catch up to Europe’s standard for human rights before it can become a full member, said Istanbul-based economist Emre Deliveli.

“We don’t know what’s going to happen to Turkey in the next 10 days, let alone the next 10 years,” Deliveli told IBTimes in a phone interview. “Even the most optimistic people say the earliest it would be admitted is 2022, the 100th year of the Turkish republic.”

He predicted that EU members like France and Germany, which have long opposed Turkish entry and vowed to hold referenda to determine whether to change that stance, would budge in nine years, when the country’s celebrations of its centennial as a secular state would make accession more palatable to voters that might be wary of a majority Muslim nation.

“They could do it as a gesture to Turkey,” Deliveli said.

“I would not hesitate to say that Turkey’s membership would fundamentally change the identity of Europe,” he said. “Turkey is a Muslim country, which would bring a vague cultural difference within the Union that includes all Christendom. For this reason I believe most EU member states are reluctant to admit Turkey as a member.”

For now, Ashton said further progress on Turkey’s accession will rely on an adherence to the European Court of Human Rights’ standards for dealing with protesters.

“The EU is fully committed to reinforcing dialog with Turkey on these issues,” Ashton said, “and so to making further progress within Turkey’s EU accession process.”