MP Robert Biedron was harassed, spat on and kicked in the stomach at Warsaw's gay pride march 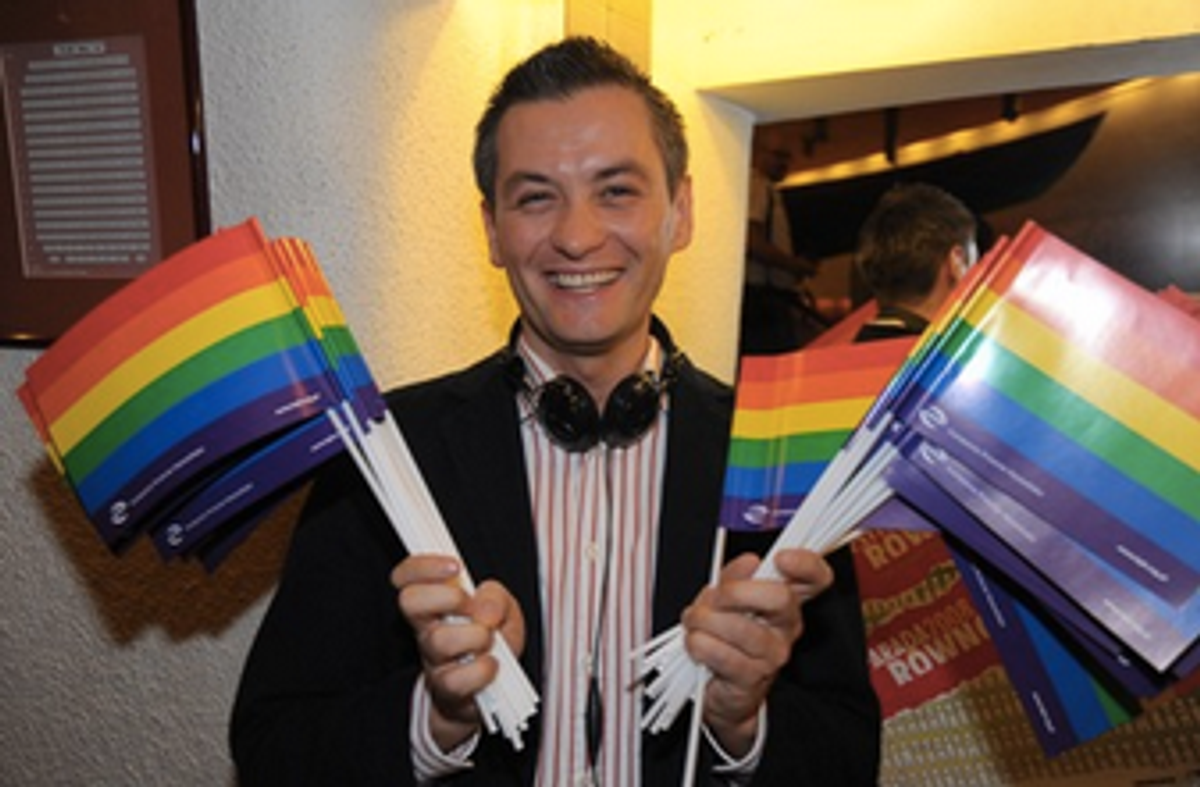 The first and only openly gay member of Poland's parliament, Robert Biedron, was verbally harassed and assaulted during a gay pride event in Warsaw on Saturday.

“An aggressive man insulted us, using homophobic statements. He began to choke one of my friends and punched him in the face. When he recognized me he spat in my face, raised his fists and and kicked me in the stomach,” Biedron said of the assault.

He said the incident is an important reminder that violence against gays and lesbians remains problem in Poland, though he remarked that, in contrast to previous years, no stones or bottles were thrown at marchers over the weekend.

The assailant fled after the attack, but was soon caught by police, according to a tweet from Biedron.

Gay rights advocates, including Biedron, are currently pushing the government to allow civil unions in the majority Catholic country.

"We will continue to submit bills on civil unions until one of them is accepted because we want to live in an egalitarian society, without exclusion or discrimination," Biedron told Agence France-Presse in February.

"I can't imagine a Poland in which civil unions won't be recognised," he added.