That new supercomputer is not your friend

China reclaims the fastest computer in the world prize. Get ready for even better surveillance 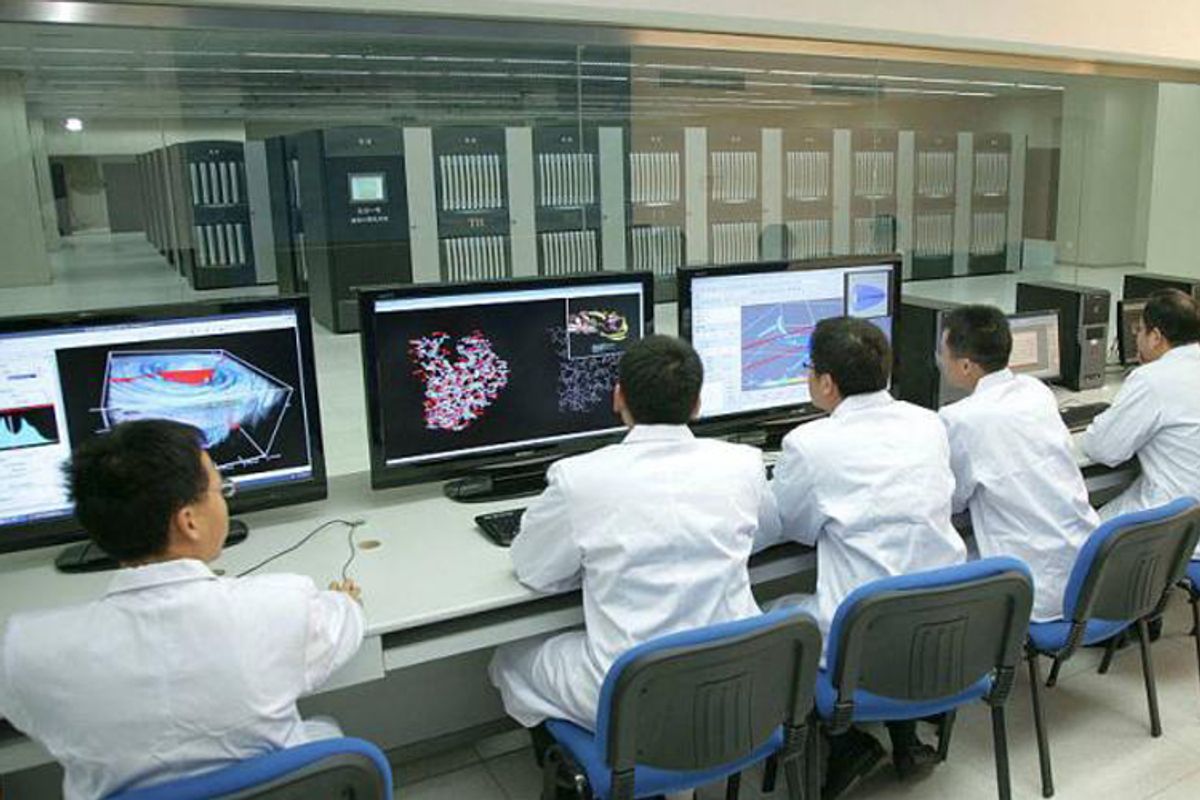 We learned this week that China has the fastest supercomputer in the world, by a long shot. The Tianhe-2 is almost twice as speedy as the previous record holder, a U.S.-made Cray Titan.

Such news, by itself, isn't particularly amazing. It's not even the first time a Chinese supercomputer has held the top ranking. The Tianhe-1 grabbed the pole position in November 2010 and held it until June 2011. Previously, Japan and the United States had traded places since 1993. Supercomputing speed follows roughly the same trajectory as Moore's Law -- it doubles about every 14 months. There will always be new contenders for the throne.

But this month, there's a new context for news about the debut of ever more powerful supercomputers. Consider the first comment left on Reddit to a thread announcing the exploits of Tianhe-2:

This would be a pretty awesome tool for churning through millions of phone records and digital copies of people's online data.

Haha. Funny. But not really. The not-so-subtle implication of the constant expansion of supercomputing capacity is that, to borrow a quote from Intel's Raj Hazra that appeared in the New York Times, "the insatiable need for computing is driving this." Big Data wants Big Computers.

The continued rapid growth of processing power brings with it enormous privacy implications. Applications such as facial recognition require massive computing power. Things that aren't quite possible today, like waving your phone at a stranger and identifying them with NSA-like precision, will be child's play tomorrow. Encryption standards that we think can resist the toughest attacks right now may wilt before the power of what's around the corner. I used to hear about new supercomputers and think about the inexorable march forward into the science fiction future. Now I just think, oh great: the architecture of surveillance just got more fortified.