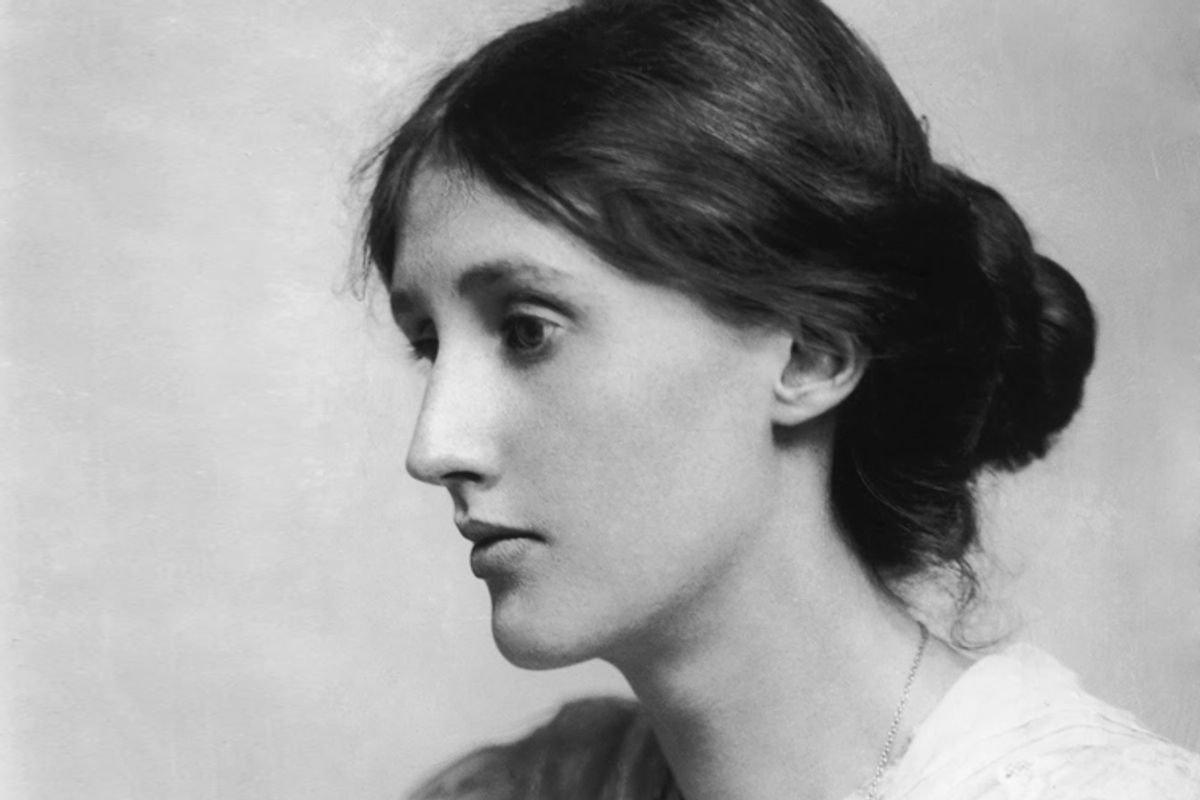 Vice is known for its poor taste, but its latest fashion spread by photographer Annabel Mehran demonstrates a particularly egregious trolling attempt. Famous female authors committing suicide, it seems, is the latest low. How original. How brilliant. How… sarcastic I’m being.

In seven “artistic” photos, the models flaunt their clothes as they pose in the very act that claimed the writer in question -- except in the case of Dorothy Parker, who died of natural causes, even though she had made suicide attempts several times. In addition to Parker, we see models dressed as Virginia Woolf, Iris Chang, Charlotte Perkins, Sylvia Plath, Sanmao and Elise Cowen. Their age at death, date of birth, city of birth, date of death, city they died in, and causes of death are listed under the photos. There’s something incredibly disturbing about seeing a model impersonating Sylvia Plath, kneeling before a gas oven. Or a model dressed as Iris Chang, pointing a gun at her head.

The stylist and set designer are women. The models are women. But many famous male writers have committed suicide -- David Foster Wallace, Ernest Hemingway, Hunter S. Thompson, just to name a few. So why is this spread women only? Is this meant to imply that women are the weaker sex, are frail, are beautiful in their frailness?

Readers on Twitter and Facebook expressed their outrage today at the wrongheadedness of the magazine. When should art infuriate, and when is something just so offensive that it’s not even art? Art can and at times should be provocative -- there’s no doubt about that. Yet this isn’t art. This is an editorial decision to get more pageviews -- and perhaps to appear cool and above outrage, while simultaneously stoking it -- and it’s more pathetic than anything else. I have to wonder if anyone at Vice has lost a friend or family member to suicide. It’s very likely someone has. According to the National Institute of Mental Health’s website: “In 2007, it was the tenth leading cause of death in the U.S., accounting for 34,598 deaths.” And the Centers for Disease Control and Prevention reported last month that as of 2009, “the number of deaths from suicide surpassed the number of deaths from motor vehicle crashes in the United States” and that the number of middle-aged people who kill themselves is increasing.

If we glorify suicide, we’re contributing to the problem. We’re also making light of an incredibly painful subject—one that many people are way too familiar with.

As Andrew Solomon so astutely said in "The Noonday Demon," his remarkable book on depression: “Every day, I choose, sometimes gamely, and sometimes against the moment's reason, to be alive. Is that not a rare joy?” As anyone who has ever struggled with depression knows, this choice isn’t always easy. Seeing suicide used as a way to market and sell clothing certainly doesn’t help people who are already having a hard time making the choice to stay alive.

One might argue that suicide occurs in movies and in songs and in books -- so what’s so bad about models doing this? The answer is that in other art forms, suicide is a plot point in an already established story. It isn’t used to sell a product -- or to boost a media brand's reputation for studied cynicism.

It’s also curious that there isn’t any introduction to this photo spread. Are the photos supposed to speak for themselves? If so, it's not clear what they're communicating, except that Vice is desperate for attention.