"Grand bargains" are a waste of time 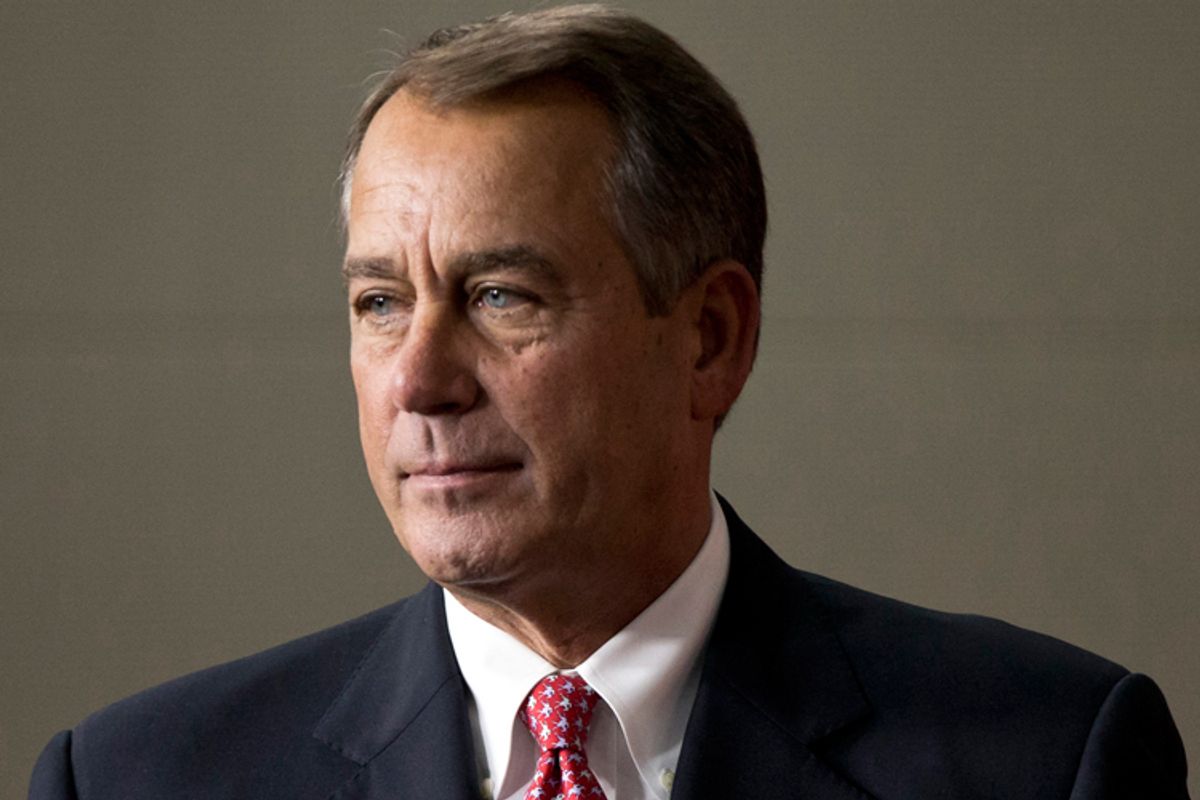 Paul Krugman makes a point this morning that I’ve been making around here a lot lately: Even if you still long for a balanced (meaning not just spending cuts but also tax revenues), sustainable budget deal – what folks around here call a “grand bargain” – you really have to ask yourself if the current cast of congressional characters are the right folks to broker that deal.

Importantly, as the fiscal picture has improved, both through actions we’ve taken already – $2.5 trillion in deficit savings over the next decade – and the improving economy, it’s much tougher to make the hair-on-fire urgency case that drove this benighted debate in recent years.

Still, while a “grand bargain” that links reduced austerity now to longer-run fiscal changes may not be necessary, does seeking such a bargain do any harm? Yes, it does. For the fact is we aren’t going to get that kind of deal — the country just isn’t ready, politically. As a result, time and energy spent pursuing such a deal are time and energy wasted, which would be better spent trying to help the unemployed.

Put it this way: Republicans in Congress have voted 37 times to repeal health care reform, President Obama’s signature policy achievement. Do you really expect those same Republicans to reach a deal with the president over the nation’s fiscal future, which is closely linked to the future of federal health programs?…

When will we be ready for a long-run fiscal deal? My answer is, once voters have spoken decisively in favor of one or the other of the rival visions driving our current political polarization.

I think that’s right. One way our current dysfunction gets solved is when a majority of the electorate sends a clear message to legislators about the size, role, and functions of government they’re willing to support.

Obviously, that sounds easier than it is. There’s just a tremendous amount of noise corrupting that critical debate. For one, most politicians tell us we can have what we want without paying for it.

If you’re conservative, you cite supply-side fairy dust (“all we have to do is stop paying taxes and we’ll get everything we want!”) or the magic of the market (“give seniors cheap vouchers and health insurers will sell them awesome coverage!”).

If you’re liberal, you at least recognize that new tax revenues have to be part of a future where an amply funded public sector can meet the challenges we face, but you pretend that can be achieved by raising taxes only on the wealthiest 1 percent of households. That may be politically expedient but it’s fiscally inadequate.

So, first clear out the BS — and I ain’t talkin’ about Bowles-Simpson — and then we can have a realistic talk about the size and role of government. And yes, that also sounds a lot easier than it is.