Women make up 50 percent of NASA's incoming team of astronauts 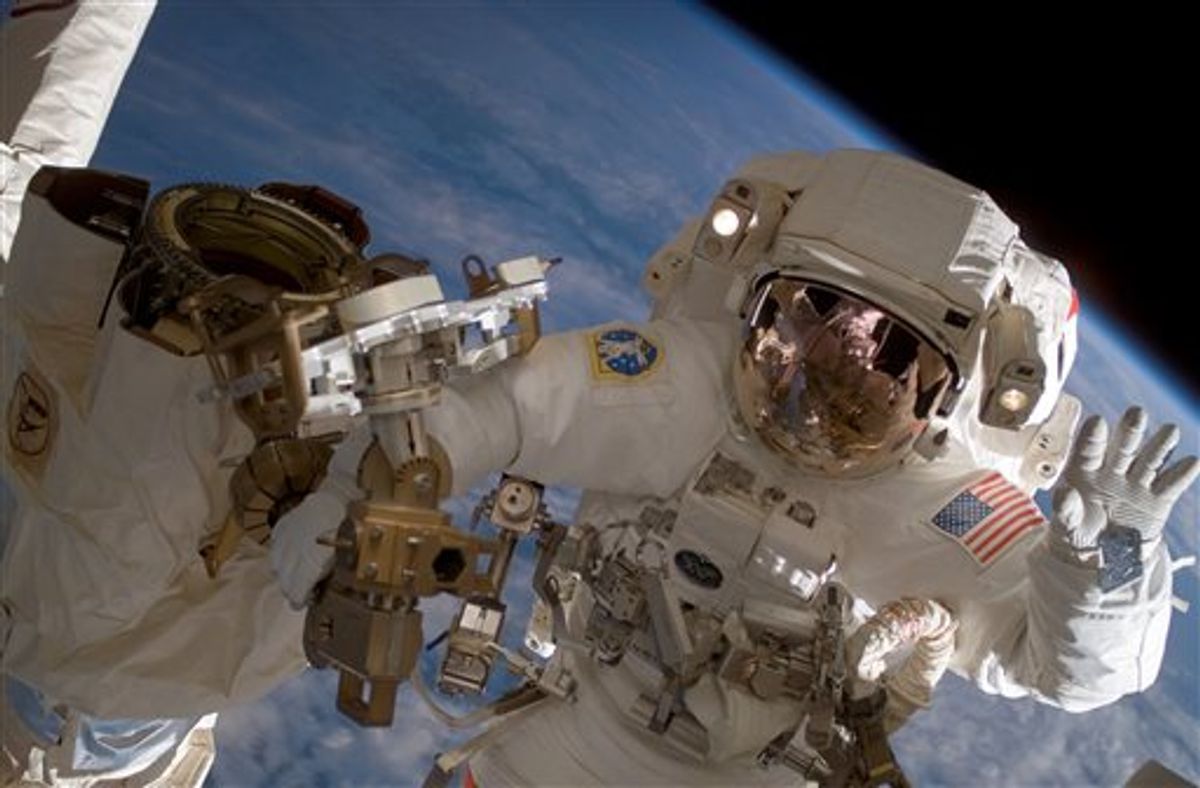 Four of the eight astronauts set to join NASA in 2013 are women, the highest percentage of female candidates ever selected by the space program.

News of the major first was announced on Monday, the eve of the 30th anniversary of Sally Ride's glass atmosphere-shattering space mission.

Nicole Aunapu Mann is a fighter pilot, Anne McClain is a helicopter pilot and the two other women, Christina Hammock and Jessica Meir, are scientists.

"These new space explorers asked to join NASA because they know we're doing big, bold things here -- developing missions to go farther into space than ever before," NASA administrator Charles Bolden said in a statement. "They're excited about the science we're doing on the International Space Station and our plan to launch from U.S. soil to there on spacecraft built by American companies. And they're ready to help lead the first human mission to an asteroid and then on to Mars."

The team of eight will be joining 49 active-duty NASA astronauts at the agency's astronaut corps at the Johnson Space Center in Texas, and may be among the first to lead a mission to an asteroid and Mars after 2020, according to Bolden.

Josh A. Cassada, Ph. D., 39, is originally from White Bear Lake, Minn. Cassada is a former naval aviator who holds an undergraduate degree from Albion College, and advanced degrees from the University of Rochester, N.Y. Cassada is a physicist by training and currently is serving as co-founder and Chief Technology Officer for Quantum Opus.

Anne C. McClain, 34, Major, U.S. Army, lists her hometown as Spokane, Wash. She is a graduate of the U.S. Military Academy at West Point, N.Y.; the University of Bath and the University of Bristol, both in the United Kingdom. McClain is an OH-58 helicopter pilot, and a recent graduate of U.S. Naval Test Pilot School at Naval Air Station, Patuxent River.

Jessica U. Meir, Ph.D., 35 is from Caribou, Maine. She is a graduate of Brown University, has an advanced degree from the International Space University, and earned her doctorate from Scripps Institution of Oceanography. Meir currently is an Assistant Professor of Anesthesia at Harvard Medical School, Massachusetts General Hospital, Boston.

Andrew R. Morgan, M.D., 37, Major, U.S. Army, considers New Castle, Pa., home. Morgan is a graduate of The U.S. Military Academy at West Point, and earned doctorate in medicine from the Uniformed Services University of the Health Sciences, Bethesda, Md. He has experience as an emergency physician and flight surgeon for the Army special operations community, and currently is completing a sports medicine fellowship.