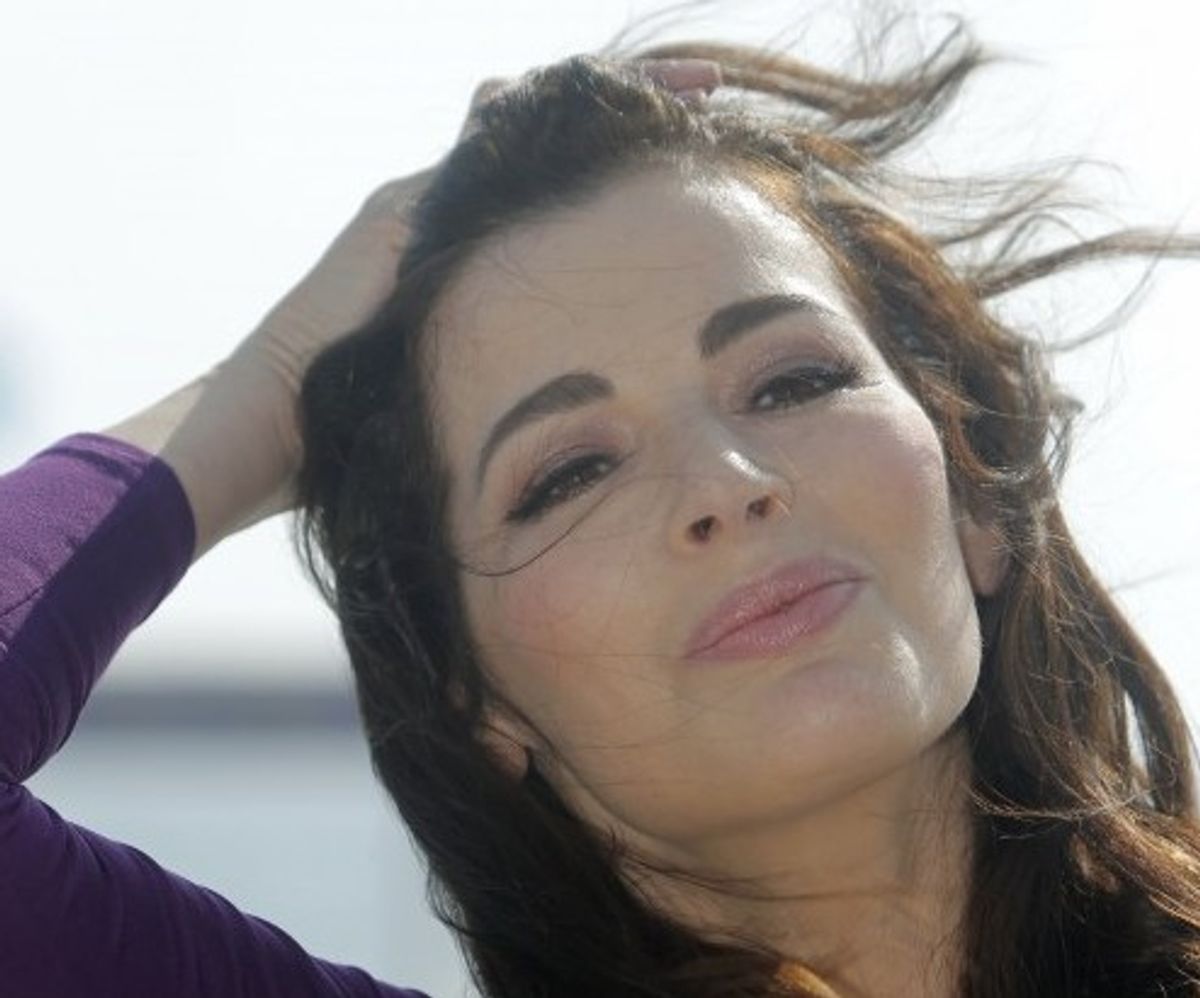 LONDON (AP) — Art collector Charles Saatchi has been cautioned over a dramatic assault on his TV presenter wife Nigella Lawson captured by a tabloid photographer just outside a fancy London restaurant.

The Daily Mirror said late Monday that Saatchi, 70, had accepted the official warning after a five-hour grilling over dramatic photographs published in its sister paper, the Sunday People, which showed him grasping Lawson's throat. The tabloid published photographs of what it said showed Saatchi taking a cab back from a London police station.

Under British law, a caution is a formal warning given to someone who admits a minor offense. It carries no penalty, but it can be used as evidence of bad character if a person is later prosecuted for a different crime.

When asked about Saatchi, London's Metropolitan Police said that a 70-year-old man had been cautioned for assault after voluntarily attending a police station following an investigation into the pictures published by the Sunday People.

The force didn't mention Saatchi by name — authorities in Britain rarely identify suspects who haven't been charged — but such statements are routinely understood as confirmation of media reports.

Contact information for Saatchi couldn't immediately be located, but the collector had earlier told the London Evening Standard newspaper that the photos misrepresented a "playful tiff."

Saatchi, an Evening Standard columnist, said "the pictures are horrific but give a far more drastic and violent impression of what took place."

"About a week ago, we were sitting outside a restaurant having an intense debate about the children, and I held Nigella's neck repeatedly while attempting to emphasize my point," he was quoted as saying. "There was no grip, it was a playful tiff."

The 70-year-old Saatchi also told the paper the couple "had made up by the time we were home.

"The paparazzi were congregated outside our house after the story broke yesterday morning, so I told Nigella to take the kids off till the dust settled."

Lawson's spokesman, Mark Hutchinson, confirmed that she and her children had left the family home but declined to comment further.

Saatchi and Lawson married in 2003 and live in London with Lawson's son and daughter from her marriage to journalist John Diamond, who died of cancer in 2001, and Saatchi's daughter from a previous marriage.

Lawson, 53, gained fame with her 1998 best-seller "How To Eat" and subsequent "How to Be a Domestic Goddess" (2000) and is one of Britain's best-known cookbook writers, as well as the host of foodie TV shows including "Nigella Bites" and ABC's cooking program "The Taste."

A former journalist who attended Oxford University, she served as deputy literary editor of The Sunday Times and subsequently wrote for numerous other newspapers and magazines.

Lawson is also one of the few British food personalities to have had real success in the United States, both on television and with her cookbooks. She has often made the point that she is not a trained chef, but is simply showing people what they can do in their own kitchens. She is known for her sensual style on television, once calling her shows "gastroporn."

Lawson is also known for her refreshing frankness. In January of this year, she made news for insisting that her belly not be airbrushed out of promotional photos of her for her show, "The Taste," on ABC.

"That tum is the truth and is come by honestly, as my granny would have said," she wrote in a blog post.

Saatchi, co-founder of the Saatchi & Saatchi ad agency, owns one of London's biggest private art galleries. He was the main patron of the Young British Artists movement of the 1990s, which made household names of artists including Damien Hirst and Tracey Emin.