The NYPD commissioner said NSA should have been more transparent, having lied about his own surveillance program 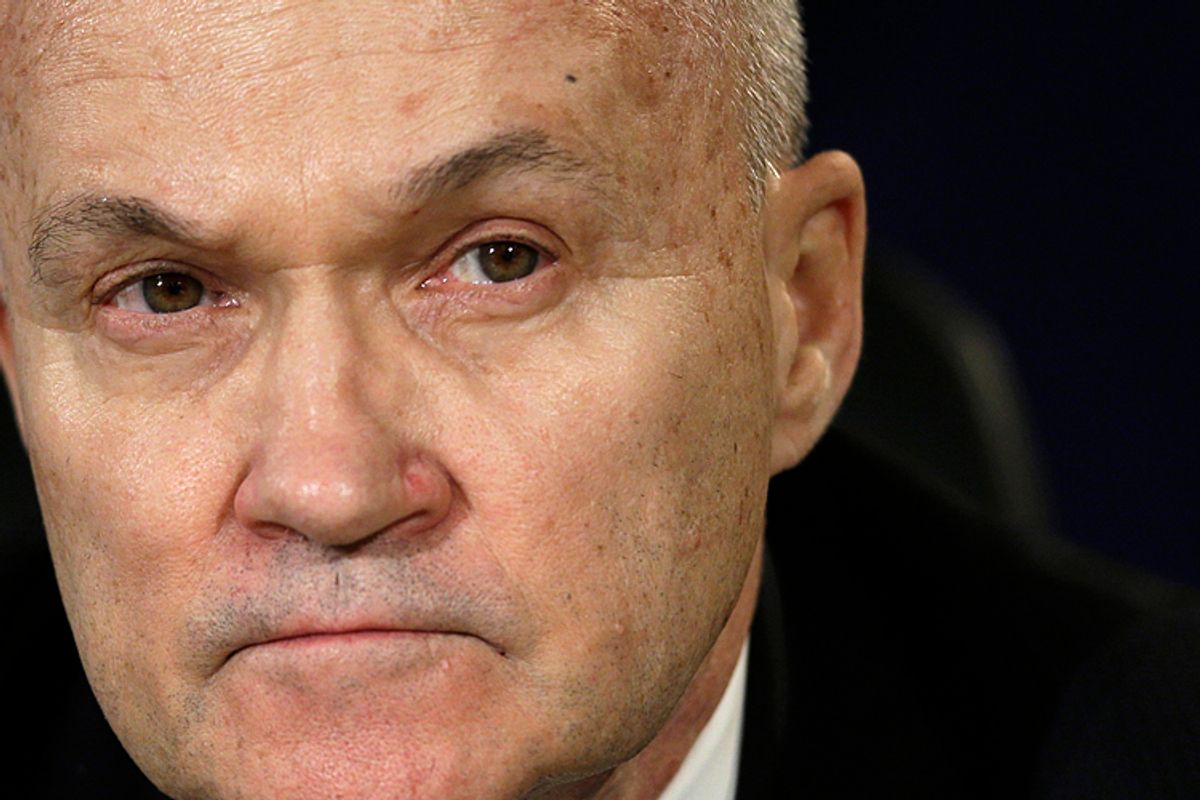 “I don’t think it ever should have been made secret,” Kelly said on Monday. The commissioner didn't criticize the surveillance programs themselves, just the secrecy surrounding them:

I think the American public can accept the fact if you tell them that every time you pick up the phone, it’s going to be recorded and it goes to the government... I think the public can understand that. I see no reason why that program was placed in the secret category.

Kelly -- who again and again has rejected greater oversight for his department -- suggested too that the NSA may need more oversight. Azi Paybarah of Capital New York noted the irony in his morning brief:

The comments from Kelly about proactively disclosing a surveillance program don't square precisely with his own record in refuting a police deparment surveillance program that was revealed by the Associated Press. An August 31, 2011 headline read, "Inside the spy unit that NYPD says doesn't exist."

Kelly's criticism of the feds may also be infused with some spite over the DoJ's recent announcement of support for an NYPD outside monitor to be instituted should stop-and-frisk practices be ruled improper or unconstitutional in the ongoing landmark Floyd v. City of New York trial.