E.L. Konigsburg brought the city to the 'burbs

The late author invited children to explore urban culture in "From the Mixed-up Files of Mrs. Basil E. Frankweiler" 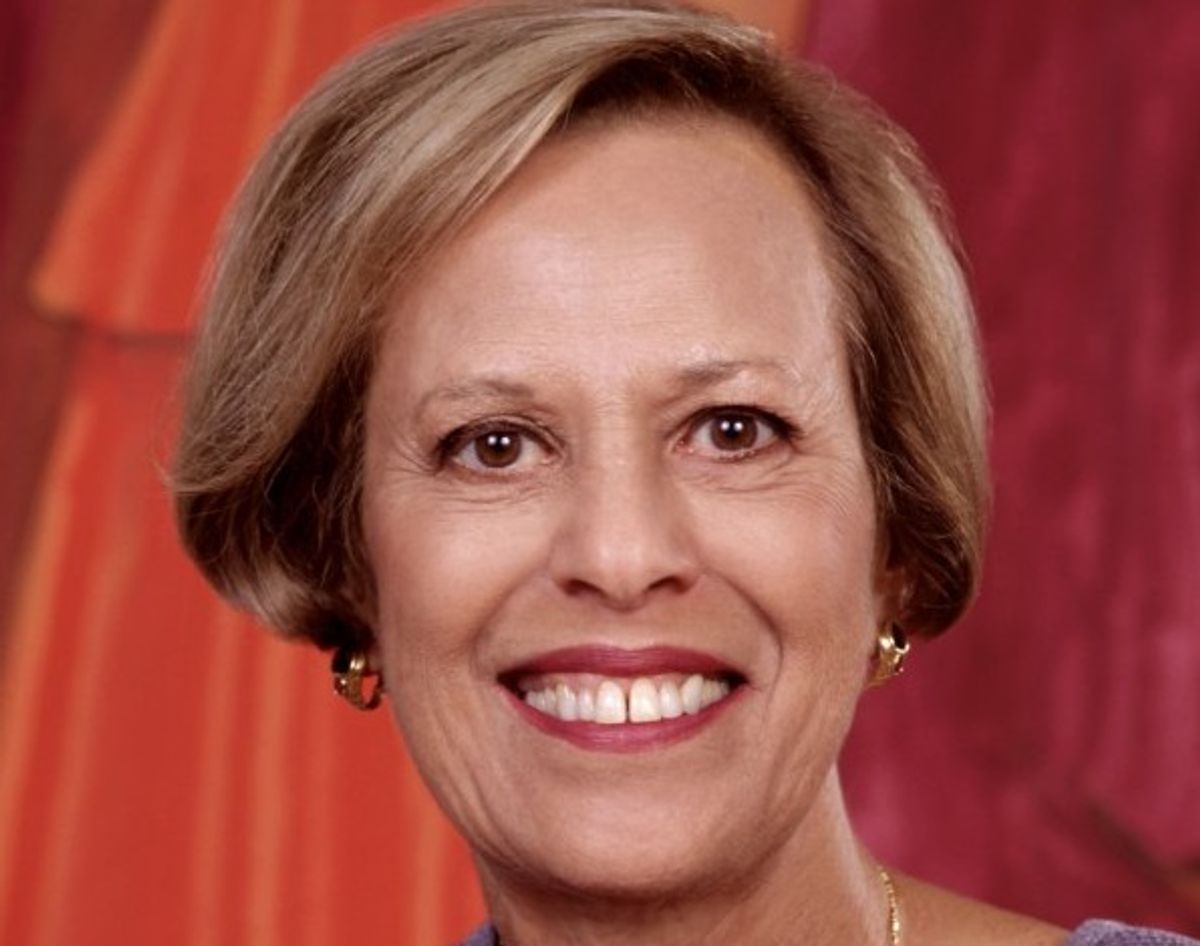 THE PASSING OF E.L. KONIGSBURG, an author beloved by readers young and old, presents us with an opportunity to revisit her radical vision of the city as a crucial space — and, importantly, a public space — for the development of children. As a child growing up in New York City, it was refreshing for me to read about a girl finding her way among sidewalks and skyscrapers instead of the usual settings of grassy fields and hidden cottages. Simple as it seems, Konigsburg’s decision to place her young characters in an urban setting addressed complicated debates.

In Konigsburg’s 1967 Newbery Prize–winning book From The Mixed-Up Files of Mrs. Basil E. Frankweiler, the young protagonists, Claudia and Jamie, take to the city to escape the ennui of their suburban home. They are middle class white children bucking both the postwar trend of “white flight” and the popular literary convention in which children only thrive in rural, natural environments. As middle class white families deserted urban centers, Konigsburg presented the city as a place where children can have the independence to explore and learn in ways not available to them in the more homogenous and controlled suburbs.

The author sends her protagonists into Manhattan — a site of political and social turmoil. While the antiwar demonstrations and student protests of the 1960s do not feature directly in the plot of the novel, the fantastical, busy, public setting of the novel fosters the children’s emotional and intellectual growth. Claudia’s “escape” from the Connecticut suburbs functions foremost as an escape from her domestic role — as her mother’s helper, she is subject to various injustices, including extra chores and a small allowance, a truly terrible fate for a child! For James, her frugal younger brother, the city offers new terrain for exploration and freedom from the obsession with money that defines his suburban life.

Konigsburg’s city derives its value, in part, from its public institutions. Claudia and Jamie make the Metropolitan Museum of Art their secret home — bathing in its fountain, studying its art, and sleeping next to each other in a royal bed. The children also visit the New York Public Library and the United Nations building, and use the public transportation system. The suburbs separated them into their own bedrooms and private baths, but the museum and city streets bring them together as pioneers on a new frontier. Konigsburg's sense of the city as a public space imbues the novel with a realistic quality that conveys the vastness of the cityscape Claudia and Jamie have come to inhabit.

Konigsburg touts the value of public cultural institutions over commercial ones. The children argue with each other about where they will spend their Saturday:

"We’ll do research at the big library at 42nd Street."

“How about the TV department of Macy’s instead?”

“To the library, Sir James.”

They go to the public library to read instead of going to department stores or watching television (an artifact of the suburbs). Free access to museums and libraries is as essential to the novel’s plot as the artifacts housed within them. While the children must be careful not to spend all of their money too quickly, the city charges nothing for knowledge. In a clever mix of logical storytelling and the suspension of disbelief, the children’s adventure comes to an end, not because all stories need to end, but as a result of their financial limits.

How do the children navigate this complex and daunting cityscape? Mostly, they walk. Konigsburg redefines the boundaries of the city, using the children’s financial and physical limitations to keep them in a single part of Manhattan. Simultaneously, the children push their own boundaries, first leaning on each other for courage and then spurring each other in new directions, towards new places. Claudia transforms from a child who hates any physical discomfort to one who will walk for miles on end to find an answer to her question. “Straight-A Claudia Kincaid” forgets about her classroom exams and learns from her environment, trading in book smarts for street smarts.

Konigsburg keeps the children indoors for most of the book — thus avoiding the hubbub of the streets and assuaging anticipated concerns about child endangerment. When they do venture out, they stay within the bounds of middle class experience. Claudia and Jamie are white children and therefore go largely unnoticed as they walk around the city, in and out of public buildings. They stay in midtown Manhattan where they interact with people of other races only in small, controlled doses. For example, their main encounter with a non-white person is with the Indian woman who gives them a tour of the United Nations. Although their circumstances resemble vagrancy, they repeatedly exhibit middle class hygiene habits. Taking a day to do their laundry, regularly brushing their teeth and changing their clothes distinguishes them from the vicissitudes of the city’s unmentioned homeless population. Still, the chaos and hustle of the city is an unexpected asset, rather than a danger for Claudia and Jamie.

While drawing on the structural layout and pragmatic functions of the city, Konigsburg also instills a magical quality into the setting. The children’s view of New York is romantic: Claudia and Jamie become “Lady Claudia” and “Sir James” as they enter the museum. It’s also busy and anonymous: “If you think of doing something in New York City, you can be certain that at least two thousand other people have the same thought.” This is a sentiment all too familiar to New York City parents. Claudia knows that the city is the perfect place to get lost, and the anonymity actually helps her find her own identity. With the help of Claudia and Jamie, we can both reexamine the cultural value of public spaces, and renew our own sense of childhood wonder.

Children’s literature provides a nuanced and imaginative description of the city because it easily straddles the line between reality and fantasy. There is more room to suspend disbelief in children’s literature, or to focus on a child’s point of view, which is honest (though limited in scope). Through Claudia and Jamie, Konigsburg shows us what is worth exploring, as well as what is worth resisting and accepting. The city helps the children mature without diminishing the magical aspects of art and cultural exploration that become integral to their identities. The siblings reside in a very real space, but out of it they create their own world — taking what they need from the suburbs and blending it with what they need from the city.

When she began writing, Konigsburg was a mother of three living in the suburbs, but her book takes an attitude toward the city and suburbs that is more nuanced than that of popular and academic narratives of suburban sprawl, which present the two as completely at odds with each other. Both places give the children some of what they need. The city gives them adventure, cultural experience, and independence. It is also where Claudia accepts the motherly role that she had previously rejected in the suburbs. However, the children accept the value of the routine, hygienic rituals, open space, and familial comfort that are repeatedly linked with the suburbs throughout the book. Claudia and Jamie neither completely reject the suburbs nor accept the city. The novel’s mixed attitude toward both places makes it at once representative of a specific time in U.S. history and timeless in its representation of the city’s possibilities.

The Mixed-Up Files has also served, for years since its release, to bring thousands of children to the Met in search of the objects that Konigsburg describes in the book. Moreover, her novel anticipated other cycles of art imitating life and life imitating art: many museums have capitalized on items made popular by children’s media, such as the adventure series Percy Jackson & the Olympians, and films like Shawn Levy’s adaptation, Night At The Museum through public programming such as themed tours and overnight stays.

For me, this book articulated the imposing, anonymous quality of a city space that made it a struggle to find an identity. Simultaneously, though, it showed me how to push my own boundaries, introduce magic into daily routines, and make museums a home. Generations of people have been influenced by this open minded, accessible interpretation of New York City and for that, we can thank E.L. Konigsburg.

Molly Rosner is pursuing her PhD in American Studies and holds a master’s degree in oral history from Columbia University. She is a contributing writer to the Brooklyn Navy Yard Blog and creator of the blog Brooklyn in Love and War.