Obama mum on US arms to Syrian rebels

The president praised the G-8 plan to seek a negotiated peace, but offered no clues as to his course of action 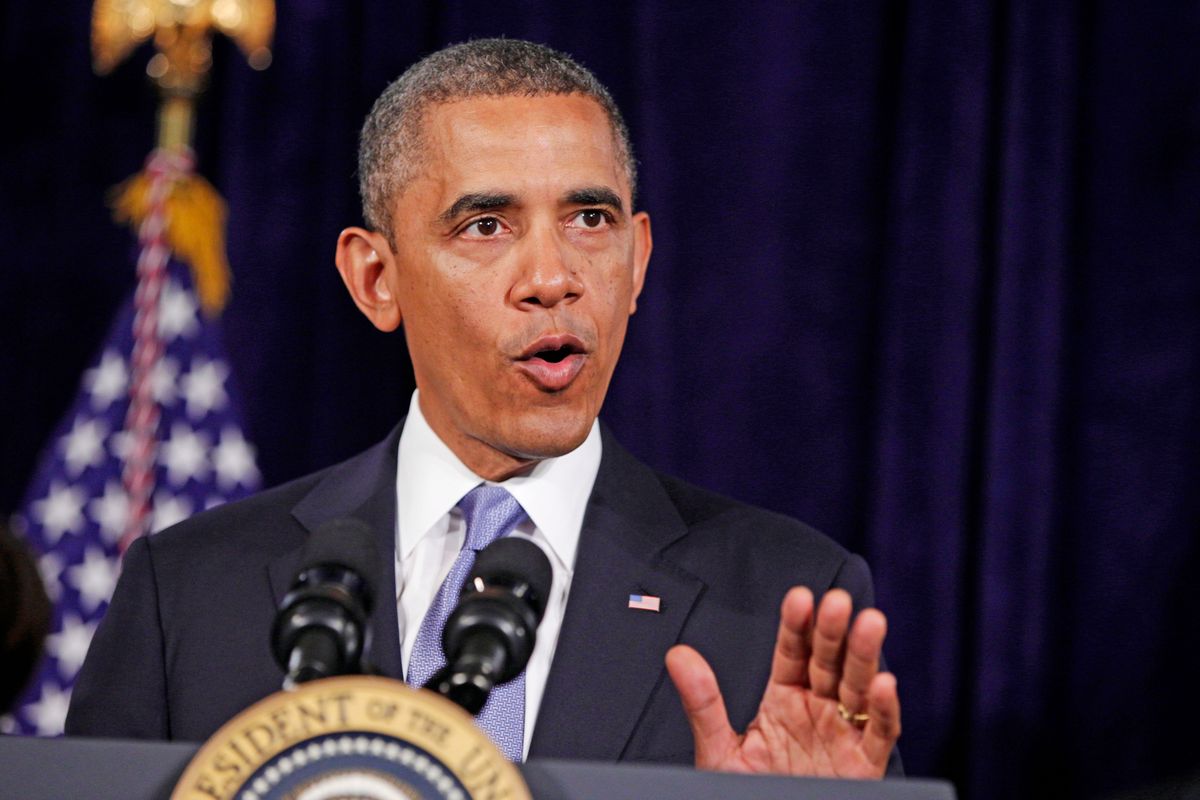 BERLIN (AP) — President Barack Obama is refusing to describe the type of military support the U.S. will give to Syrian rebels even as he praises a decision by world leaders at a just-completed summit to seek a negotiated peace.

Obama says even though leaders could not agree on whether Syrian President Bashar Assad must go, he has decided it is not possible for Assad to regain legitimacy.

Obama, Russian President Vladimir Putin and other leaders of the Group of Eight industrial economies meeting in Northern Ireland this week tried to narrow sharp differences between Russia, a key Assad backer, and Western leaders.