When asked if she uses the "N-Word," the celebrity chef replied: "Yes, of course." 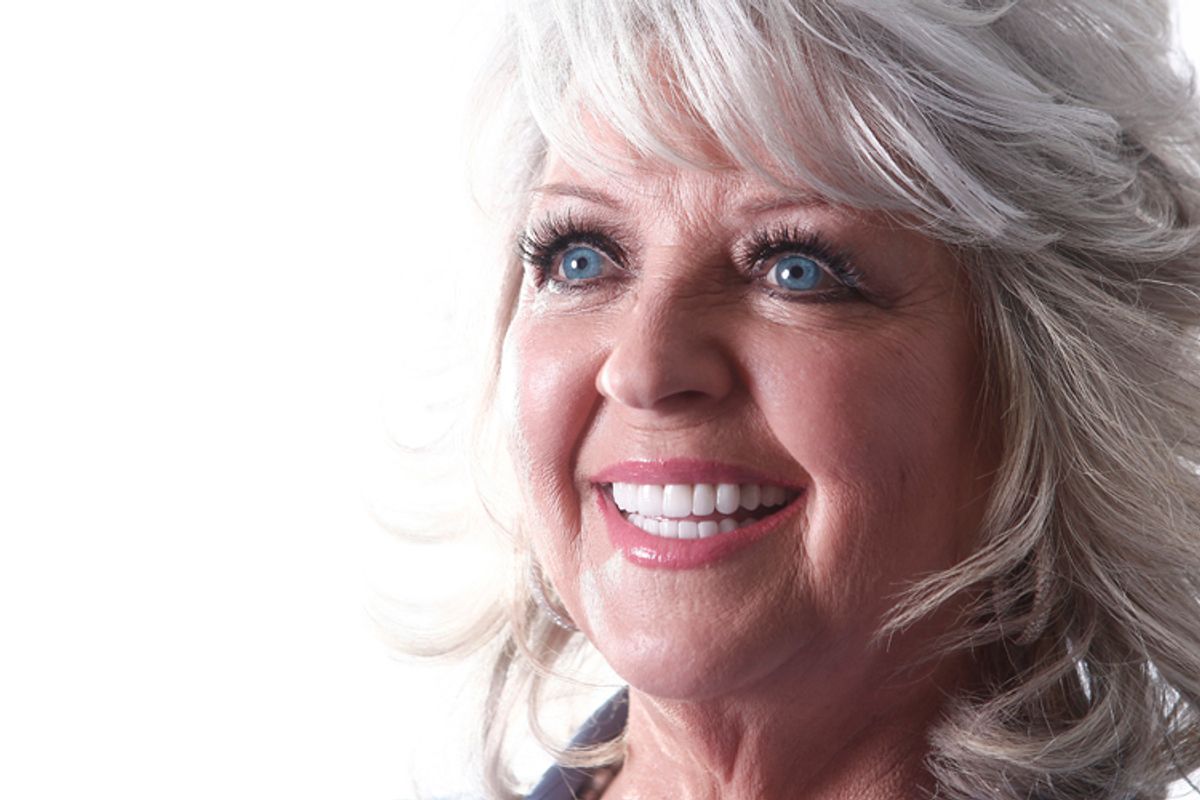 If a damning new report from the National Enquirer is to be believed, celebrity chef Paula Deen is a racist. Lisa Jackson, a former general manager of Deen's Savannah, Ga., last year filed a $1.2 million lawsuit against Deen, claiming that the celebrity chef used the N-word and that Deen's brother was physically abusive. The case is now underway, and the National Enquirer reports that during three hours of questioning last month, when Jackson's attorney asked Deen if she’d ever used the N-word, Deen said, “Yes, of course.”

“It’s just what they are — they’re jokes ... most jokes are about Jewish people, rednecks, black folk ... I can’t determine what offends another person," said Deen.

When asked what she thought about casting black men as slaves at a wedding, Deen said that a restaurant she went to with her husband inspired the idea: “The whole entire waiter staff was middle-aged black men, and they had on beautiful white jackets with a black bow tie."

“I mean, it was really impressive. That restaurant represented a certain era in America ... after the Civil War, during the Civil War, before the Civil War ... It was not only black men, it was black women ... I would say they were slaves.”