DuckDuckGo, among others, is benefiting from never tracking user data in the first place 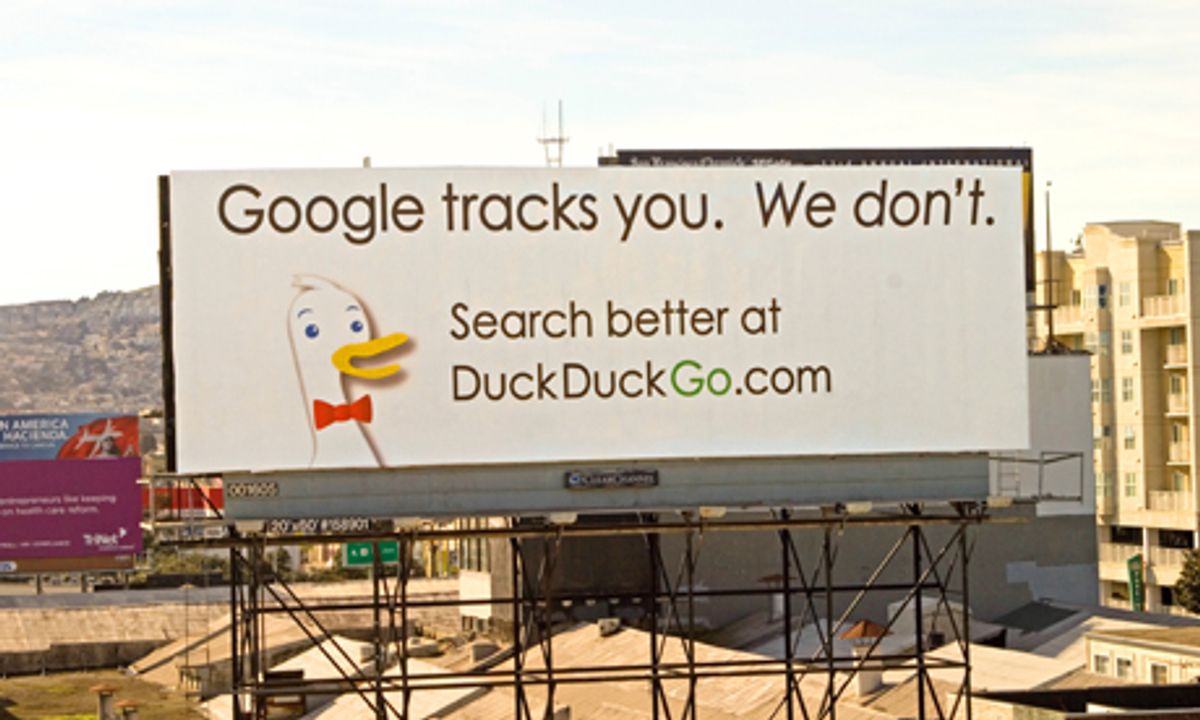 Small-player search engine DuckDuckGo has a very simple method for resisting handing over vast swaths of user information to the government -- it doesn't collect the data in the first place. Unsurprisingly, the PRISM-evading search engine has thus seen an uptick in popularity since it was revealed that the National Security Administration has been hoarding data on our online communications via Google, Yahoo and Bing, among others. The Guardian noted that DuckDuckGo, "which promises not to send users' searches to other sites or store any personal information, generated just under 3.1m direct queries on Monday (17 June), compared to its daily average of 1.8m direct queries in the month of May."

When Gabriel Weinberg, founder of DuckDuckGo, gave a presentation at the Gel 2013 conference in April, he couldn't have foreseen the bombshell news revelations about the vast extent to which the government was surveilling and hoarding communications data. What he did make clear, though, was just how prevalent the collection of such data was already by tech giants like Google; the ability to pass on such personally identifiable data is intrinsic to Google's financial model. Weinberg pointed out that these online giants are designed in such a way as to track you (that's how they monetize through targeted advertising) -- but this has led to an increasing demand, via court orders, from law enforcement and government agencies for this already tracked online data.

"By not storing any useful information, DuckDuckGo simply isn't useful to these surveillance programs," chief executive Weinberg told Silicon Angle last week. "We literally do not store personally identifiable user data, so if the NSA were to get a hold of all our data, it would not be useful to them since it is all truly anonymous."

Other search engines, such as StartPage and Yacy, also avoid NSA dragnets by never storing search activity. As the Guardian noted, however an engine like DuckDuckGo "isn't going to knock the big search-engine guns off their perches in the immediate future but its slogan: Google tracks you. We don't – as famously emblazoned on a San Francisco billboard ad – appears to be striking a chord with more internet users."

Watch DuckDuckGo's Weinberg's April speech, in which he explains how search engines like Google are built to track personally identifiable data, and thus were always in a place to help the government do the same: