What Obama's global warming strategy could gain from Netflix

The president relies on minute-by-minute tracking to determine policy. Too bad his data isn't as good as Netflix's! 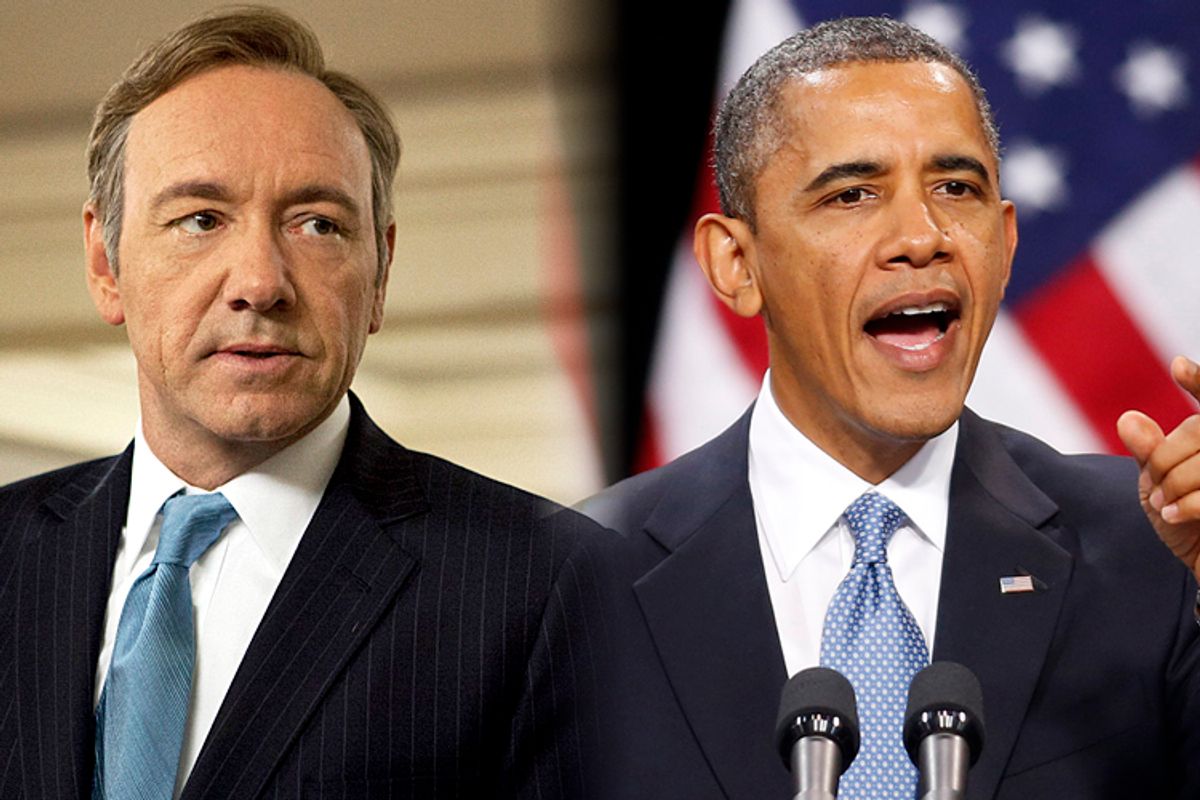 President Obama's slow movement on global warming after spotlighting the world's rising oceans at his inauguration and State of the Union earlier this year has been surprising -- but Obama seems to think he has data on his side.

The Washington Post reported that Obama was relying on "dial testing" of his State of the Union address, which sharply pivoted downward once he declared he would act decisively on the issue. Ameliorating the effects of global warming isn't a popular issue, and one that would cost a great deal of political capital! Or so Obama has convinced himself on the basis of a method of testing that is "all but meaningless," per ThinkProgress.

Obama's reliance on minute-by-minute analytic strategy could be punched up, though -- perhaps he could call in the folks from Netflix, who obsessively track what works and what doesn't on "Arrested Development" and "House of Cards."  While Obama can only know how a focus group says they're feeling, Netflix knows when viewers pause, rewind, or turn off their shows, relying on a penumbra of data that will likely inflect season 2 of the series in ways we can only guess. (Did the unwashed masses like the sex scenes and tune out for the origami crane stuff? Then there might well be, respectively, more and less.)

It's hard to believe that Netflix has better data-gathering mechanisms than the President, with the NSA at his disposal. Perhaps the President can see which line gets the audience to turn off their TVs the next time he gives a sweeping policy speech. That's leaving aside the possibility that he might actually watch "House of Cards," a show about politicians so divorced from concerns about what their constituents might want that they do exactly what they please, regardless of polling data.